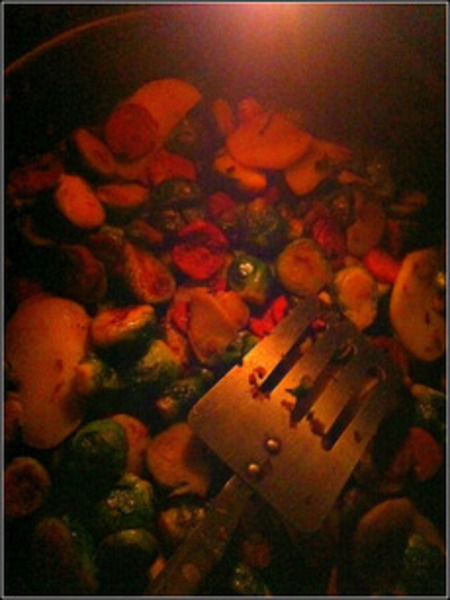 Heather Atwood/Special to the Times Brussels sprouts and chourico get a stir while roasting for a meal Lanesville historian and journalist Barbara Erkkila would have loved. 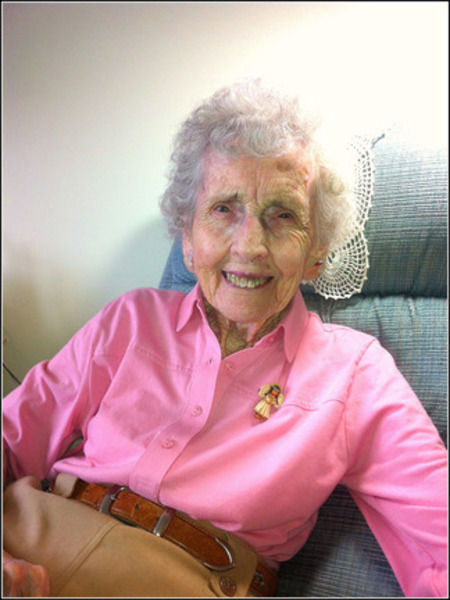 Barbara Erkkilla, a journalist since her teens who was working a new book about the quarry industry as she entered her 90s. 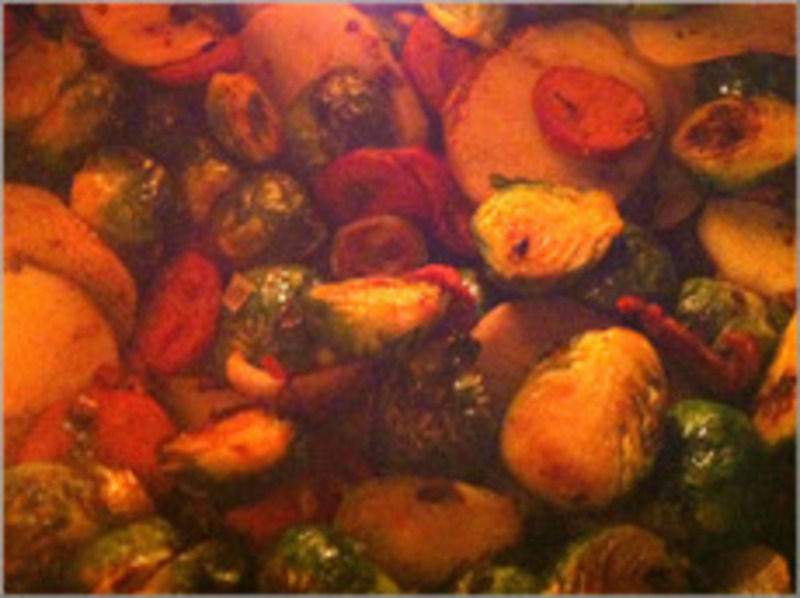 Brussels sprouts and chourico get a stir while roasting for a meal historian Barbara Erkkila would have loved.

Heather Atwood/Special to the Times Brussels sprouts and chourico get a stir while roasting for a meal Lanesville historian and journalist Barbara Erkkila would have loved.

Barbara Erkkilla, a journalist since her teens who was working a new book about the quarry industry as she entered her 90s.

Brussels sprouts and chourico get a stir while roasting for a meal historian Barbara Erkkila would have loved.

Living in Folly Cove, driving Route 127 through Lanesville and Bayview over and over, not a day passes that I don’t think of the spry, intelligent journalist Barbara Erkkila. I last saw her at Christmas a year ago; I think of her clenching her fists then, almost punching the air with her frail arms, declaring, “I love a story!” Note cards were spread out on a small table that day, the work she was doing on her next book.

I first heard Barbara Erkkila’s name at the Bayview Methodist Church’s annual Nisu sale. When I asked for a Nisu recipe, one of the many women in the church basement said solemnly, “You should talk to Barbara Erkkila.”

“Barbara Erkkila? Can you tell me how to get in touch with her?” A reverential silence fell over the room, shiny loaves of cinnamon-sugar coated Nisu braids rising in pans all around.

“Barbara’s recipe is the best,” someone repeated, still not letting on who Barbara was or why she had such Nisu authority, and still not giving up the recipe that had produced this room full of Finnish bread. Eventually Connie Mason gave me a Nisu recipe, but even she vaguely indicated Erkkila’s was better.

When I finally met Barbara Erkkila a couple of years later, our conversation spanned her long career as journalist for the Gloucester Daily Times and The Boston Globe, including an award-winning story on the first Maine shrimp landing. We covered her definitive histories of the Cape Ann quarry industry and Lanesville, “Hammers on Stone,” a history of Cape Ann granite, and “Village at Lane’s Cove,” respectively. She told me about the New York engineers reconstructing the opening to the Holland Tunnel calling her, and asking how to match the stone originally quarried in Lanesville.

“That comes from Blood Ledge quarry,” Erkkila said without pause. She heard awe shaped as silence on the other end of the line, awe that someone would know exactly the quarry from which a piece of granite was taken.

With laughing eyes, more curiosity and humor in them at 94 than many 20-year-olds I know, Erkkila told me the story of how she measured the Lane’s Cove breakwater opening and reported those numbers to the Coast Guard, because she had been horrified to learn that, although they brought ships back and forth through that breakwater regularly, the Coast Guard didn’t know its width.

Erkkila was neighbors with all the Lanesville artists — Hancock, the Manships, Kroll — but only told stories that upheld their dignity; life was approached with humor; individuals were approached with respect.

That Nisu that had been so prized? When I finally asked Erkkila about that, she said, “Nisu? Oh, I don’t know ... .” It seems Erkkila had opened so many doors since her Nisu-making years that she had almost forgotten the woman the ladies in the Methodist Church remembered.

When I went to see her last year she looked absolutely beautiful in a long tailored skirt and a bright pink sweater, a Christmas brooch pinned cheerfully to it. She knew I would ask, and this time she had a recipe for me, a “macaroon” recipe clipped years ago from a 1927 Baking Powder ad. I love these cookies; nothing like a traditional macaroon, they are thinner, crisper, and have more character than florentines.

I published that recipe in the Gloucester Daily Times last year. Just this week I made a batch of them, which I served with ice cream and hot fudge sauce at an benefit dinner for The Open Door food pantry at Flatrocks Gallery in Lanesville. I think of Barbara often enough, but this week, preparing this dinner, baking her cookies, seeing her recipe written out in her hand again, I felt her even more clearly.

“She would love this Lanesville gathering,” I thought, “a blend of people interested in the arts, all coming together in this distant but artist-thick end of the peninsula.” That night I drove the short distance home after the party over snow-covered Route 127, my car full of dirty dishes, thinking how beautiful winding Langsford Street and then Washington Street looks in the snow, the waves rolling into Folly Cove through the darkness. Again, I thought about the long history of people coming together in Lanesville for art, music, and a story; I thought of the long line of people who loved this end of Cape Ann; I thought I know so much of this because of Barbara Erkkila.

When I made it up my snowy driveway and brought the dishes into the house, I checked my computer to learn in an email that Barbara Erkkila has passed away. These words still bring tears to my eyes. I didn’t know her for long, and cannot even say I knew her well, but Barbara’s curiosity and passion — for the fish houses, for the derricks, for memories of jumping on the rocks with her sister when they were kids _ is always with me here.

I will always imagine her petite frame in something tailored and a little bit stylish, strolling down into Lane’s Cove, cheerfully greeting the men in the fish houses there, looking for that story.

Since I already published Erkkila’s cookie recipe, I will swerve back to the Flatrocks Gallery “FEAST” celebrated this past snowy night. We cooked a great pan of these Brussels sprouts over an open fire with a pot of mulled wine beside it. As guests arrived, they were welcomed over to the fire, where, snow falling lightly, they sipped hot wine and stabbed at the Brussels sprouts and chourico in the pan. Barbara Erkkila would have loved this moment. The Brussels sprouts just got better and better as they roasted.

A 6-inch chunk of chourico, sliced into 1/4-inch rounds

Heat a large skillet to medium high, and render (or melt) the salt pork. Lower temperature to medium, and add the minced shallot. Cook until softened about five minutes. Add the Brussels sprouts, and toss them in the fat and shallots.

Cook for five minutes, and add the sliced potato and chourico.

Keep temperature at medium to medium low, and allow all to cook for 20 to 30 minutes, tossing often. The Brussels sprouts should become charred and the potatoes cooked through. Serve hot as an appetizer or a side dish.

Rockport resident Heather Atwood writes the Food for Thought column weekly. Questions and comments may be directed to heatheraa@aol.com. Follow her blog at HeatherAtwood.com.