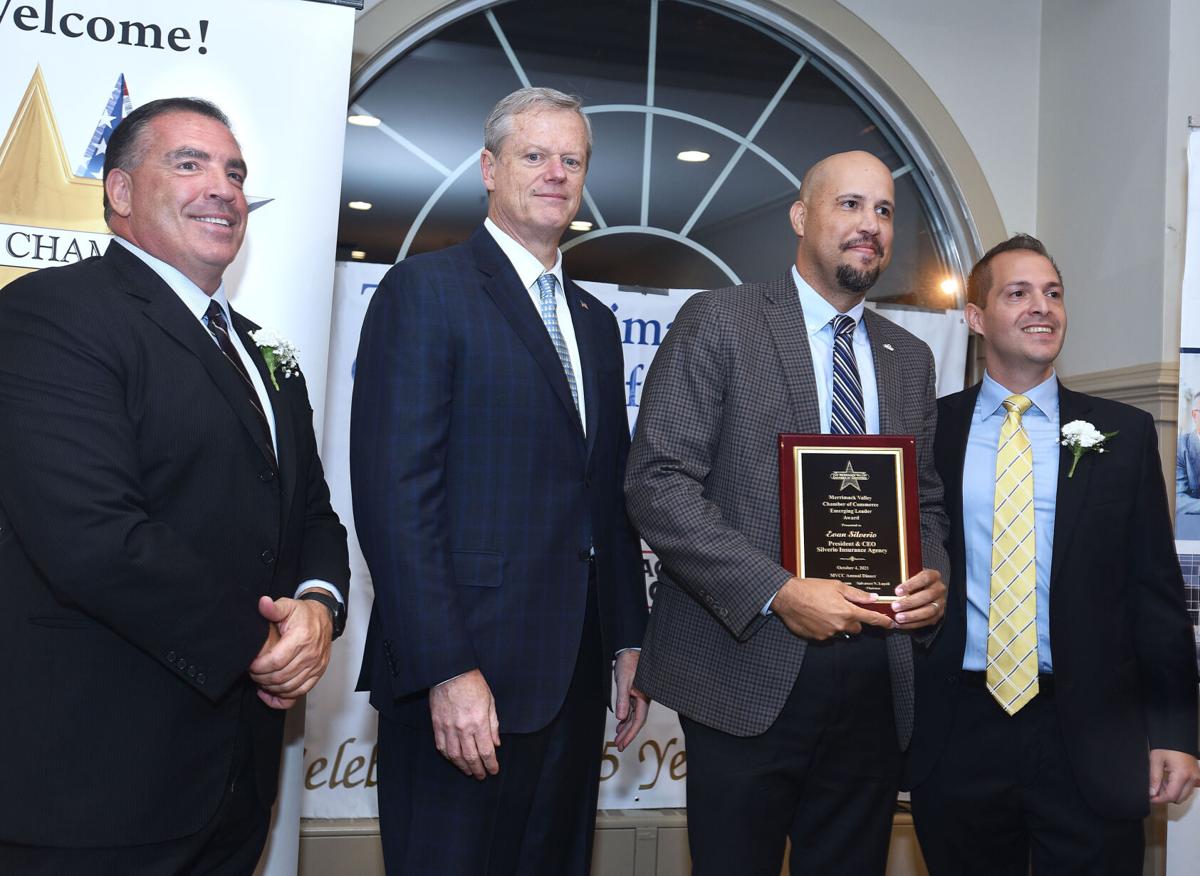 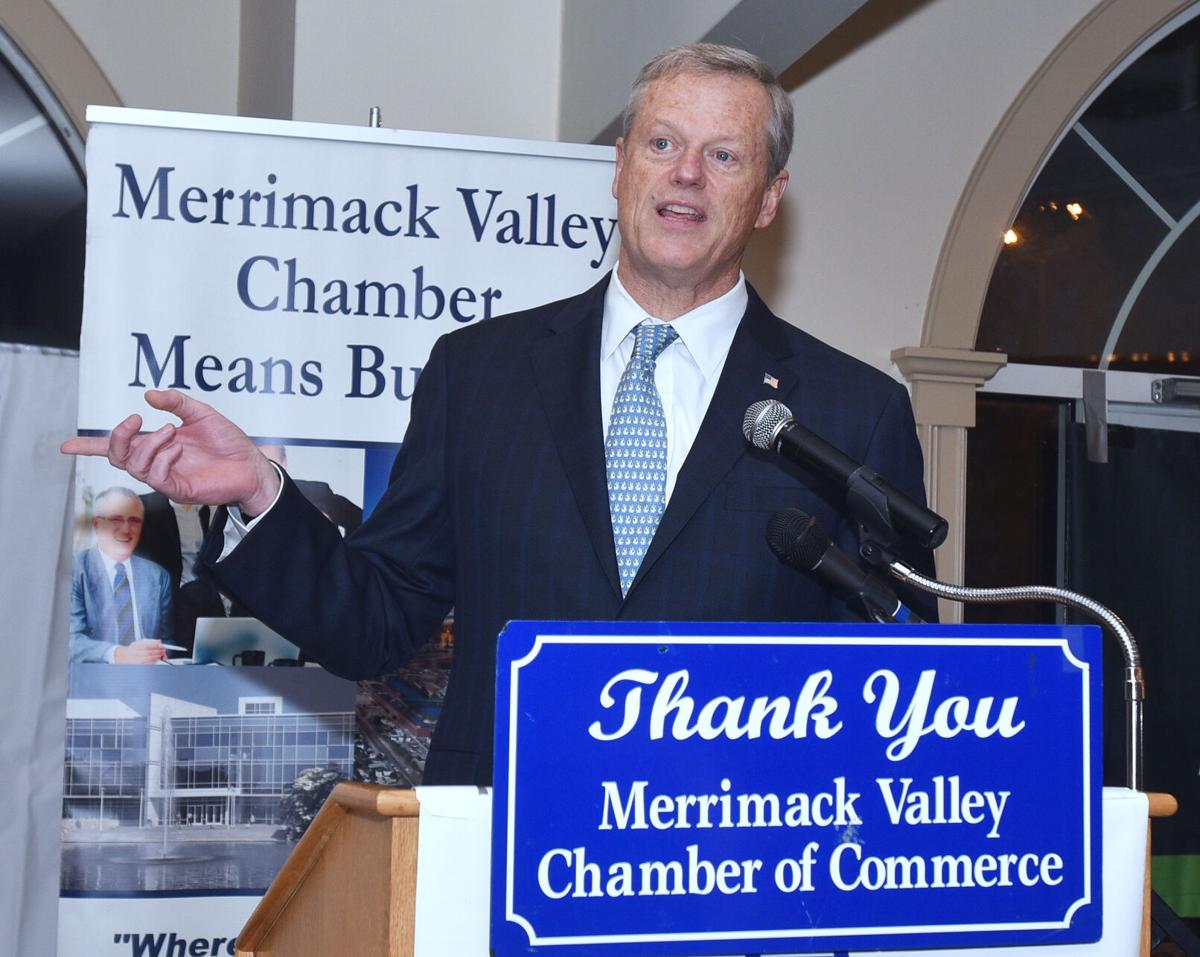 The Merrimack Valley Chamber of Commerce annual dinner and award ceremony was held at DiBurro’s. Massachusetts Governor Charlie Baker was the keynote speaker. 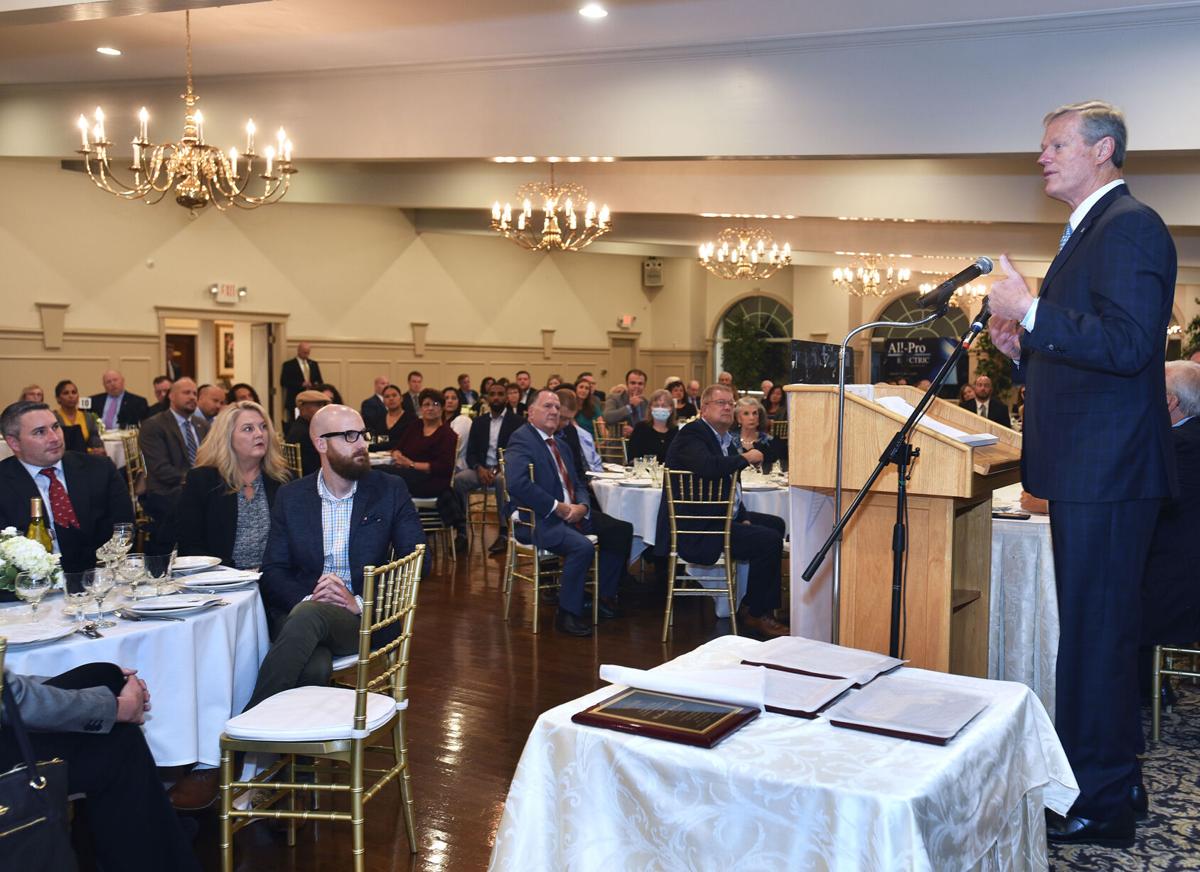 The Merrimack Valley Chamber of Commerce annual dinner and award ceremony was held at DiBurro’s. Massachusetts Gov. Charlie Baker was the keynote speaker. 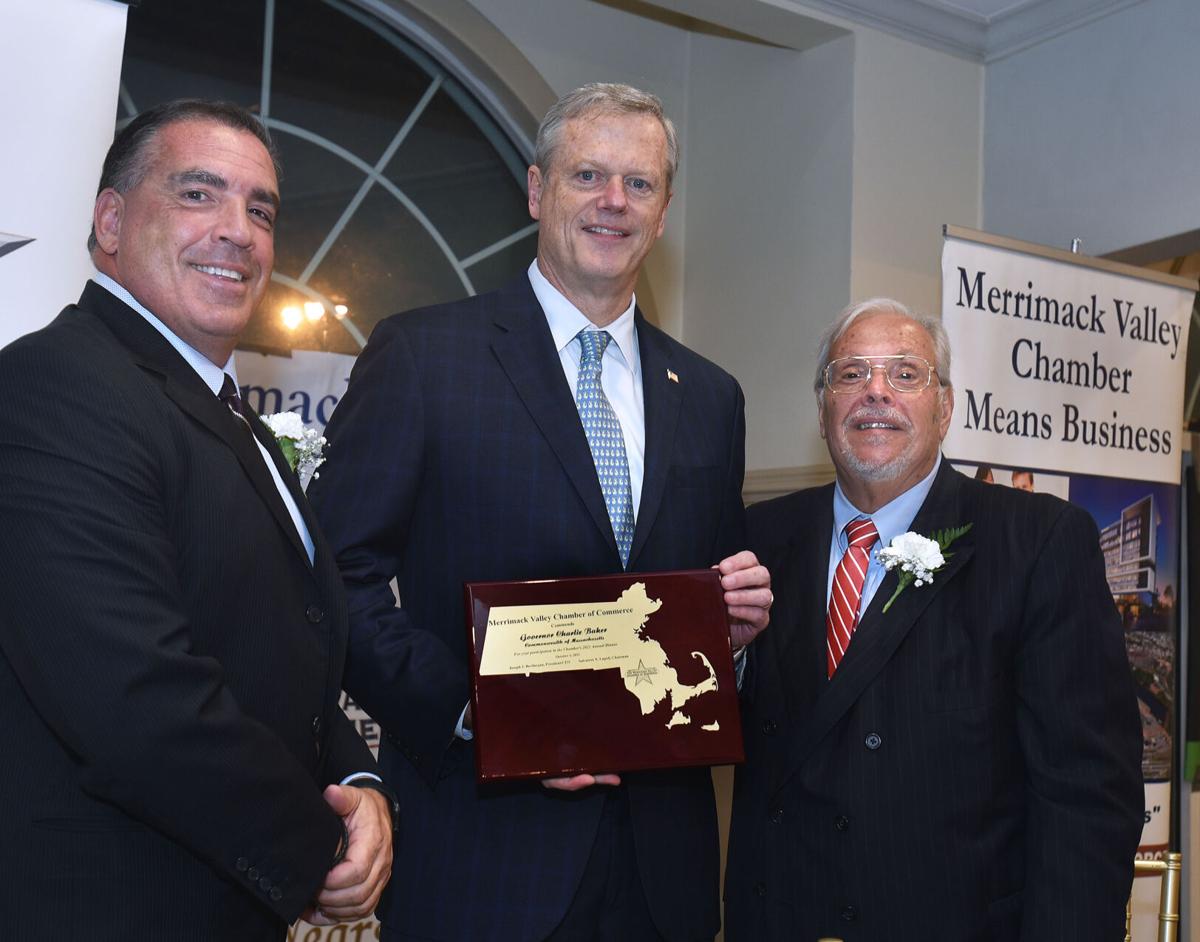 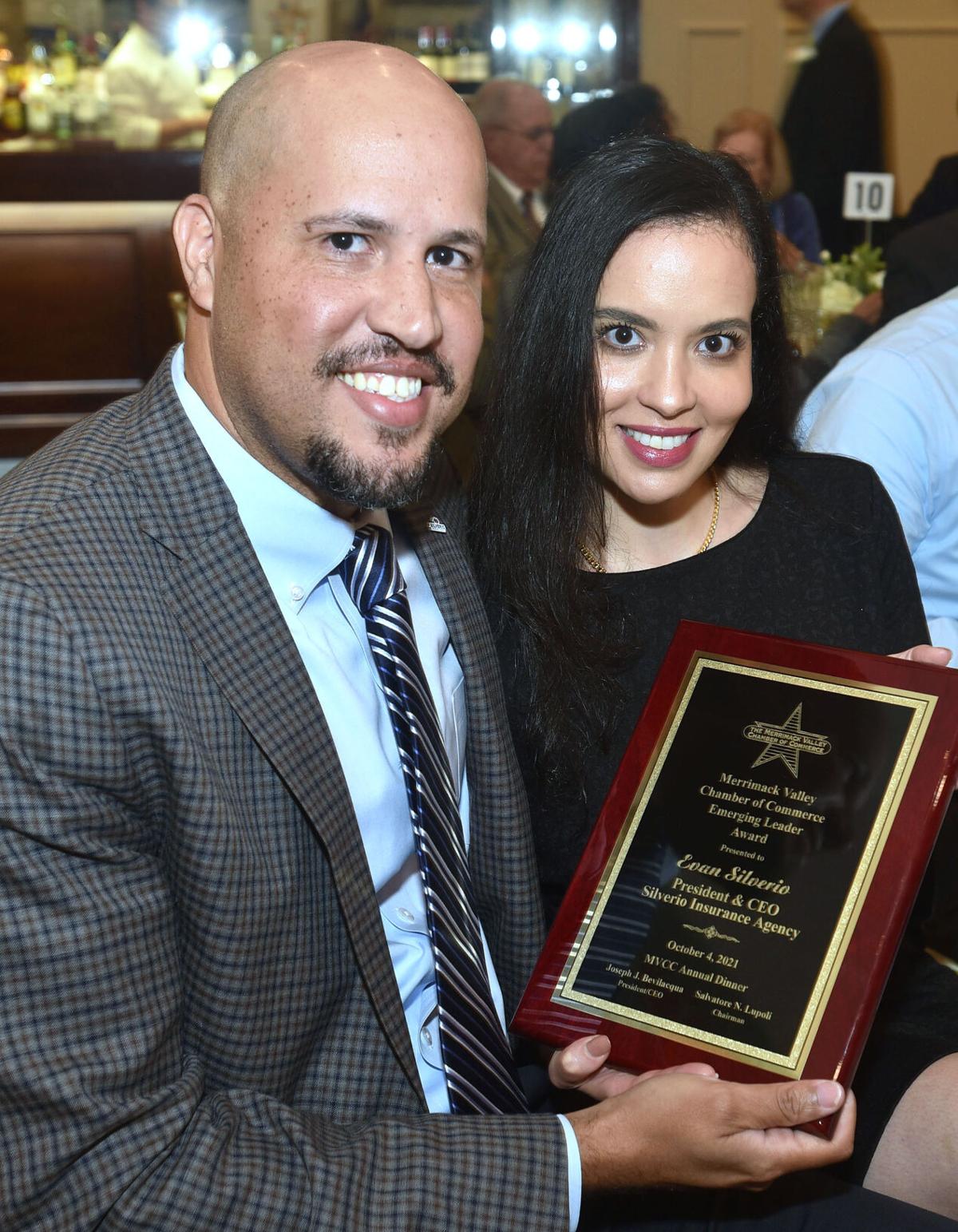 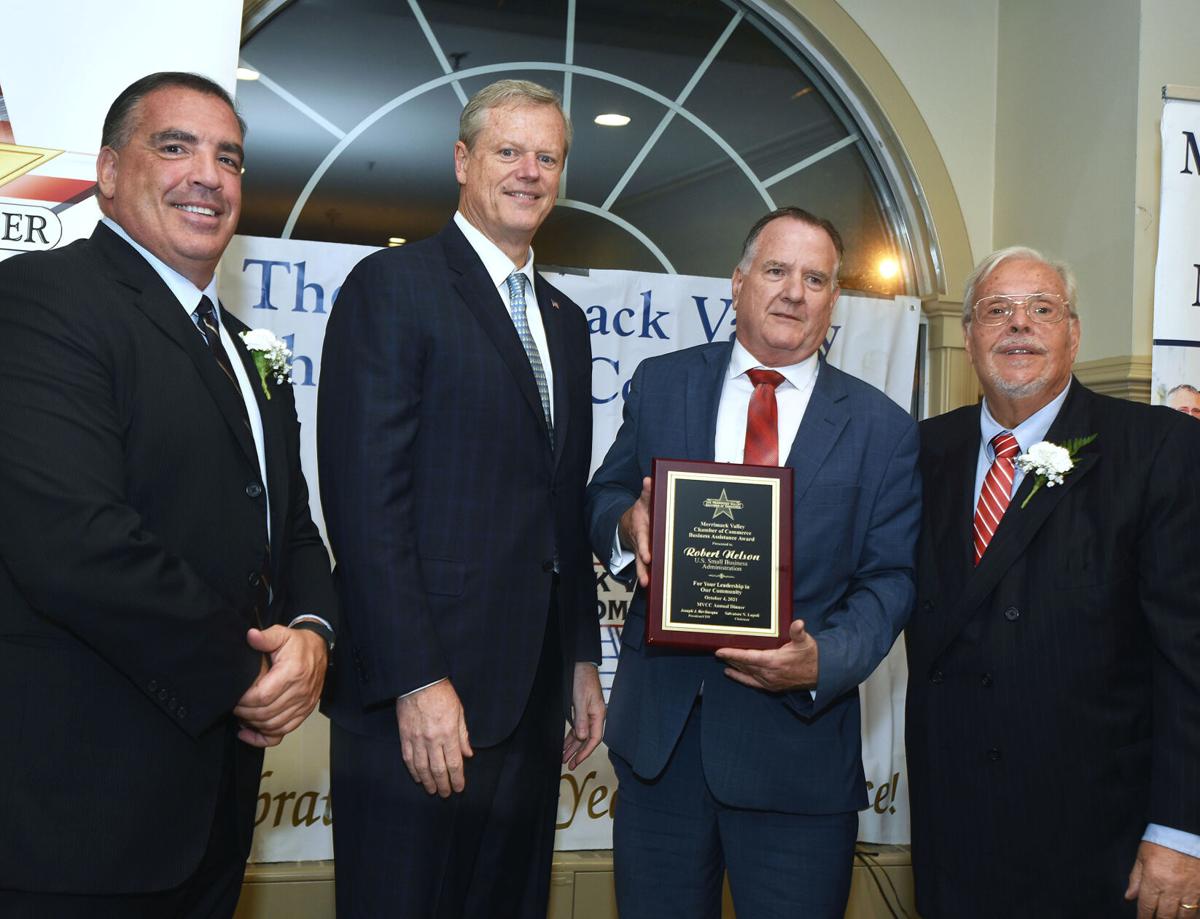 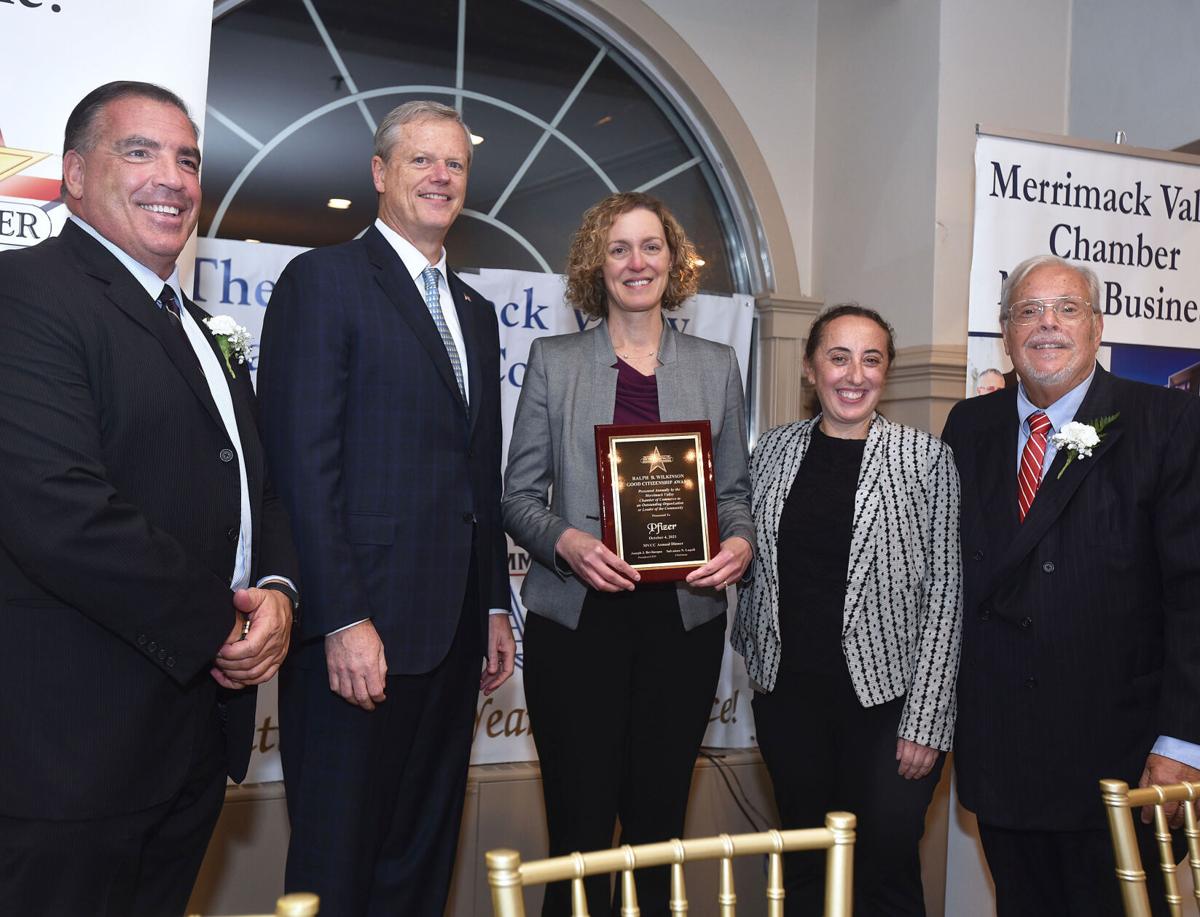 The Merrimack Valley Chamber of Commerce annual dinner and award ceremony was held at DiBurro’s. Massachusetts Governor Charlie Baker was the keynote speaker.

The Merrimack Valley Chamber of Commerce annual dinner and award ceremony was held at DiBurro’s. Massachusetts Gov. Charlie Baker was the keynote speaker.

HAVERHILL — With one of the highest vaccination rates in the country, Massachusetts is bouncing back from the pandemic says Gov. Charlie Baker, in his keynote address at Monday night’s annual dinner hosted by the Merrimack Valley Chamber of Commerce.

In his talk to a crowd of more that 200 people who gathered at DiBurro’s Function Facility in Ward Hill, Baker said that as of March, Massachusetts had the highest vaccination rate per capita of any state in the country with more than five million people.

“We are in many respects as well positioned with respect to our vaccination rate as anything you’re going to find pretty much anywhere in the country,” Baker said. “That’s made it possible for us since the month of June to basically be pretty much fully open.”

Baker said that although people are still being affected by COVID-19, it’s nothing like it was at the height of the pandemic.

“That’s what the data says, whatever you think about it,” Baker said in support of vaccination. “It is in fact, the fastest way to get everybody back to what they want most of all, and that is to live their lives, be with their colleagues, friends and family and have some sense of confidence they are safe.”

The chamber presented several awards during the dinner, including its highest award, the Ralph B. Wilkinson Good Citizenship Award, to Pfizer of Andover.

Joe Bevilacqua, president of the Merrimack Valley Chamber of Commerce, credited Pfizer with creating a vaccine he said has helped save millions of lives around the world.

“It’s one of the reasons that facility was chosen to make a critical part of the vaccine,” she said, adding that Pfizer’s scientists and engineers made it possible to create a quality vaccine.

The chamber presented its Emerging Leader Award to Evan Silverio, president and CEO of Silverio Insurance Agency of Lawrence, Haverhill and Lowell, and its Business Assistance Award to the U.S. Small Business Administration Massachusetts Office.