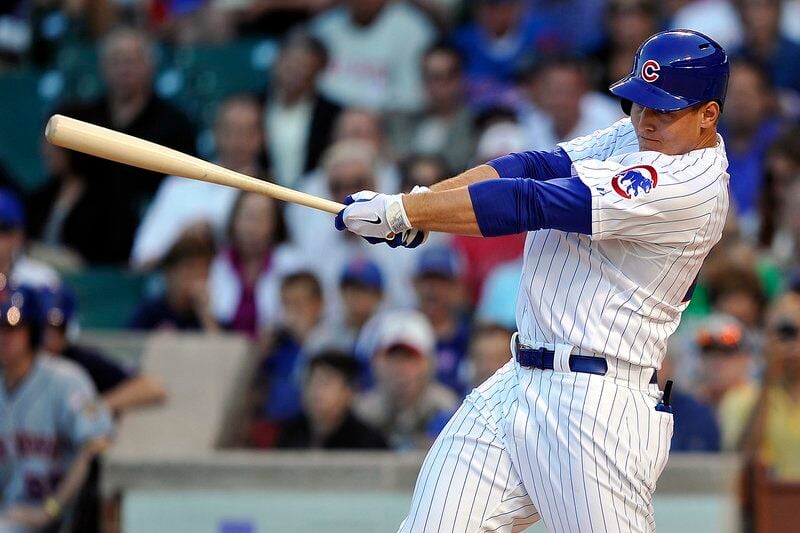 AP PhotoThe Red Sox need an upgrade at first base ahead of the trade deadline, and Chicago Cubs first baseman Anthony Rizzo could be the perfect fit. 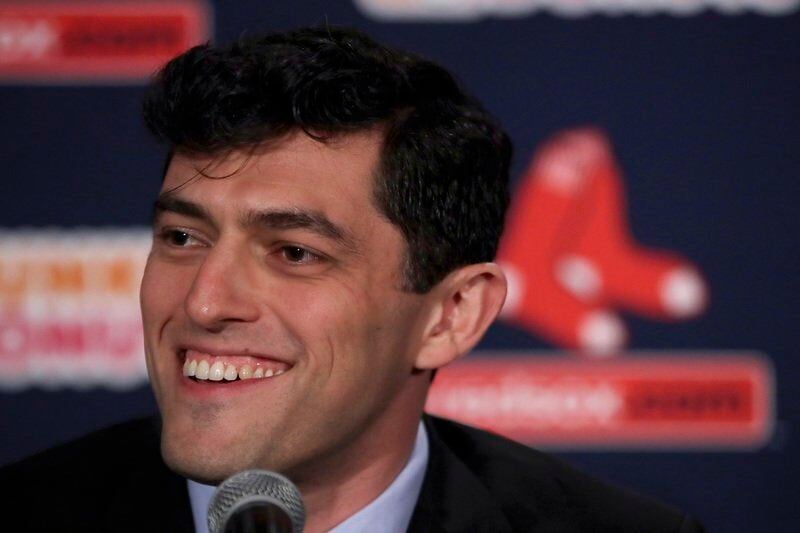 Boston Red Sox's Chaim Bloom smiles at a news conference, Monday, Oct. 28, 2019, at Fenway Park in Boston, where it was announced he will be the baseball team's Chief Baseball Officer. In this role, Bloom will be responsible for all matters of baseball operations. (AP Photo/Elise Amendola)

AP PhotoThe Red Sox need an upgrade at first base ahead of the trade deadline, and Chicago Cubs first baseman Anthony Rizzo could be the perfect fit.

Boston Red Sox's Chaim Bloom smiles at a news conference, Monday, Oct. 28, 2019, at Fenway Park in Boston, where it was announced he will be the baseball team's Chief Baseball Officer. In this role, Bloom will be responsible for all matters of baseball operations. (AP Photo/Elise Amendola)

The Red Sox are in an enviable position a week before the trade deadline. The club has exceeded expectations to become one of baseball’s best teams, and it has done so while also fortifying what had previously been a depleted farm system.

Though well positioned for both the short and long-term, the Red Sox do have a glaring hole at first base, one that could prove fatal to the team’s championship prospects if not addressed.

Luckily there is a clear solution, one that wouldn’t break the bank or blow up the team’s carefully laid long-term plans.

Originally drafted in the sixth round by the Red Sox out of Stoneman Douglas (Fla.) High in 2007, Rizzo was traded to the San Diego Padres back in 2010 as part of the Adrian Gonzalez trade. He was later moved to the Cubs.

A three-time all-star, Rizzo played a pivotal role in helping the Cubs break their 108-year title drought by winning the 2016 World Series. Rizzo had four consecutive years with 30-plus home runs and 100-plus RBI, but with the 31-year-old’s offensive production dipping, his contract set to expire and the Cubs out of the playoff hunt, Rizzo’s time in the Windy City could be nearing its end.

The four-time Gold Glove winner is also a proven postseason performer. It doesn’t get much bigger than breaking the Cubs’ century-long curse — and the addition of a dependable left-handed bat would help elevate the already formidable Red Sox lineup to one of the league’s best.

Trading for a player like Rizzo is certainly doable, but it would also be a departure from Red Sox president Chaim Bloom’s modus operandi. Since his arrival, Bloom has never traded prospects for an established big league player, and it’s no secret that he places a higher value on players with additional years of team control.

As an impending free agent, Rizzo would be a straight-up rental, but there are good reasons why Bloom should bring him in anyway.

One, while Bobby Dalbec clearly isn’t big league ready, he’s still a promising player who might just need another year of development. And if he isn’t the long-term option, top prospect Triston Casas should eventually step into the role, whether sometime next season or the year after.

Bringing in a player like Rizzo to man first base while Dalbec and Casas develop, even if only for a few months, would make perfect sense from both a short-term and long-term standpoint.

Two, Bloom has done such a good job restocking the Red Sox farm system that the organization now has more prospects than it can keep.

As it stands now, the Red Sox will not have enough space on the 40-man roster to protect all of their top prospects from selection in the Rule 5 Draft.

That means if the Red Sox stand pat, a good prospect will be lost for nothing, and ask Yankees fans how they feel about losing Garrett Whitlock to their biggest rival this past offseason.

It shouldn’t require a huge package to land Rizzo either. Guys like Jarren Duran and Casas obviously aren’t going anywhere, and neither are players like Whitlock or Tanner Houck, both of whom are already important parts of this year’s team.

Bloom would obviously be reluctant to part with shortstop Jeter Downs (the team’s No. 2 ranked prospect), pitchers Bryan Mata (No. 4) and Jay Groome (No. 7) and second basemen Nick Yorke (No. 9).

But if push comes to shove, it’s conceivable he could part with an outfielder like Gilberto Jimenez (No. 5), whose path to the majors is now blocked by Duran.

More likely, Bloom would call on his wealth of prospects from the next tier down.

Outfielder Jeisson Rosario (No. 22) and infielder Hudson Potts (No. 24) were both acquired in the Mitch Moreland trade. Catcher Ronaldo Hernandez (No. 11) was part of the return for Jeffrey Springs, who himself was acquired in the Sam Travis deal.

There is also pitcher Frank German, acquired along with Adam Ottavino from the Yankees basically for nothing, pitcher Josh Winckowski (part of the Andrew Benintendi return) and MLB tweeners like Michael Chavis and Franchy Cordero.

If giving up some of those prospects meant potentially winning a World Series, wouldn’t that be worth it?

The Red Sox are well ahead of schedule, and whatever Bloom’s original timeline, we’ve reached a point where it’s time to push a few chips to the center of the table.

Filling the team’s hole at first base could mean the difference between an early playoff exit and championship contention, and like Steve Pearce in 2018, Rizzo could be just the guy for the job.