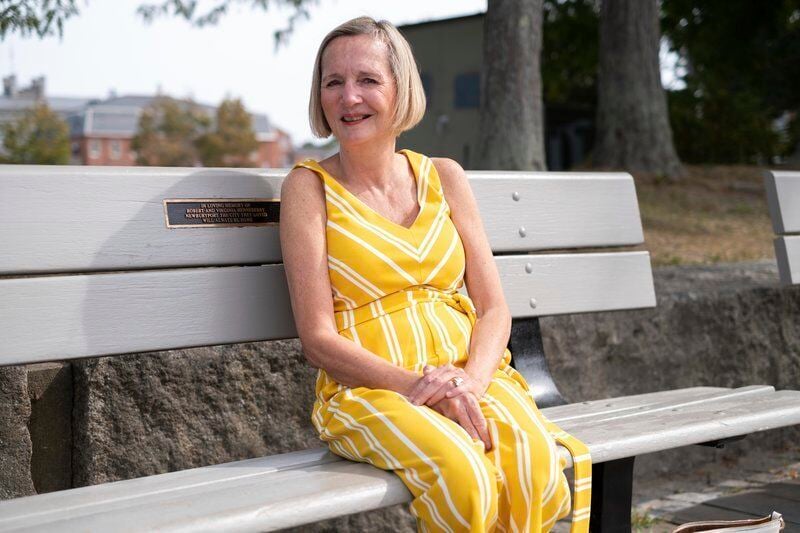 RYAN MCBRIDE/Staff photoA survivor of triple-negative breast cancer, Newburyport resident Joan Ayotte is thankful for the support from family, friends, care providers and other patients who helped her get through treatment. 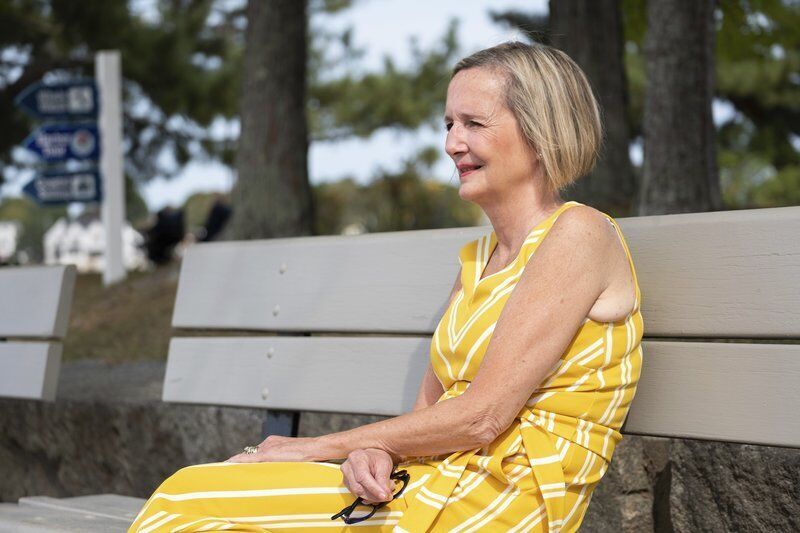 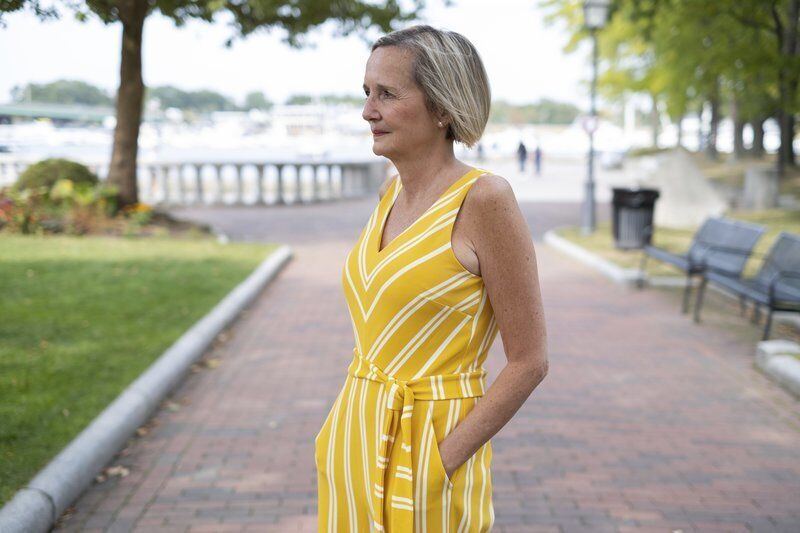 RYAN MCBRIDE/Staff photoA survivor of triple-negative breast cancer, Newburyport resident Joan Ayotte is thankful for the support from family, friends, care providers and other patients who helped her get through treatment.

Three years ago, Joan Ayotte was in the shower when she found a lump in her breast.

“It was rock solid, a perfectly shaped-sized-pea, and I knew instantly what it was,” she said, adding that her mother and her mother’s two sisters both died from metastatic breast cancer.

The Newburyport mother of two immediately called Anna Jaques Hospital and scheduled an ultrasound for the next day.

During the ultrasound, a second lump was found in the same breast and within a week, the medical staff took biopsies.

On March 10, 2017, Ayotte, 57 at the time, was officially diagnosed with triple-negative breast cancer and advised to have a double mastectomy and chemotherapy.

“Initially, I was horrified and frightened,” she said.

But after thinking about it, “I realized that it was the best choice for me to have a double mastectomy, given the family history, and to reduce my chances of reoccurrence,” she said.

Ayotte had a double mastectomy about three weeks later, recuperated for about two weeks and then began six months of chemotherapy. Two months after that, she had reconstructive surgery.

During this time, she also had some genetic testing done, which resulted in her testing positive for an abnormal PALB2 gene, a partner of the BRCA2 gene that makes it more likely for a person to be diagnosed with cancer.

“I had never known that I had this, and I’m very glad that I had the testing because it explains a lot of the family history to me now,” Ayotte said.

She has since shared this information with other family members, including her children, nieces and nephews, so they are aware of what’s at risk.

“I feel that it’s an awareness factor,” she said. “I’m not suggesting for instance, that my daughter undergo surgery, but it’s important that she knows, and also that my son knows because a male could be a carrier of this gene.”

Ayotte credits her support system, which included her husband and a small group of friends, for helping her through treatment.

Additionally, she said that the “wonderful” team at the Gerrish Breast Care Center at Anna Jaques Hospital “was a real source of great comfort and support.”

Through this experience, Ayotte said she’s found “quite a cluster” of other women with triple-negative breast cancer on the North Shore.

She finds that “interesting,” because triple-negative breast cancer is relatively rare, accounting for only about 10% to 20% of diagnosed breast cancers.

“It is considered to be more aggressive and have a poor prognosis than other types of breast cancers,” she explained. “There are fewer targeted medicines that can treat it, so I consider myself lucky that it was found early on.”

Ayotte, now 61, advises others to “be vigilant,” especially those who have a family history.

“Keep up with your mammograms, do self-examinations and just be aware,” she said.

“If something doesn’t seem right, you have to advocate for yourself, and you have to be aggressive.”

Ayotte said that there are support groups both online and at the breast cancer center, which she recommends that other breast cancer patients join, “not to compare stories, but to identify.”

“It’s important to identify, and it makes such a difference to talk to somebody who is going through or has been through the experience,” she said. “It is frightening, but you can do it.”

What Is triple-negative breast cancer?

Think of cancer cells as a house. The front door may have three kinds of locks, called receptors.

One is for the female hormone estrogen.

One is for the female hormone progesterone.

One is a protein called human epidermal growth factor (HER2).

If an individual’s cancer has any of these three locks, doctors have a few keys (like hormone therapy or other drugs) they can use to help destroy the cancer cells.

But for those people who have triple-negative breast cancer, it means those three locks aren’t there. So the keys doctors usually use won’t work. But chemotherapy is still an effective option.

Often, patients first need to have the lump removed (a lumpectomy) or the entire breast removed (a mastectomy). Then, they have chemotherapy treatments to target any cancer cells that can’t be seen — cells remaining in the breast or that may have spread into other parts of the body. Sometimes doctors recommend chemotherapy before surgery to shrink the cancer.