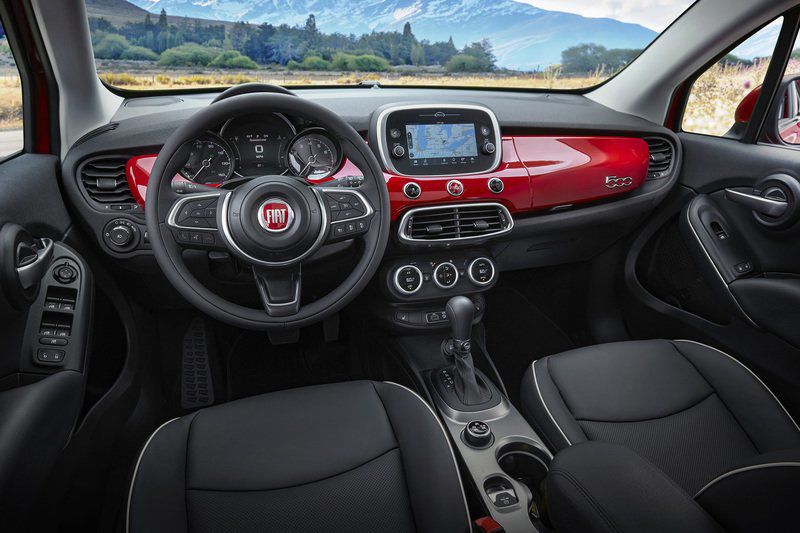 The interior of the 2020 Fiat 500X offers plenty of Italian flair and decent comfort, as long as you're not stuck in the back row. (FCA US LLC/TNS) 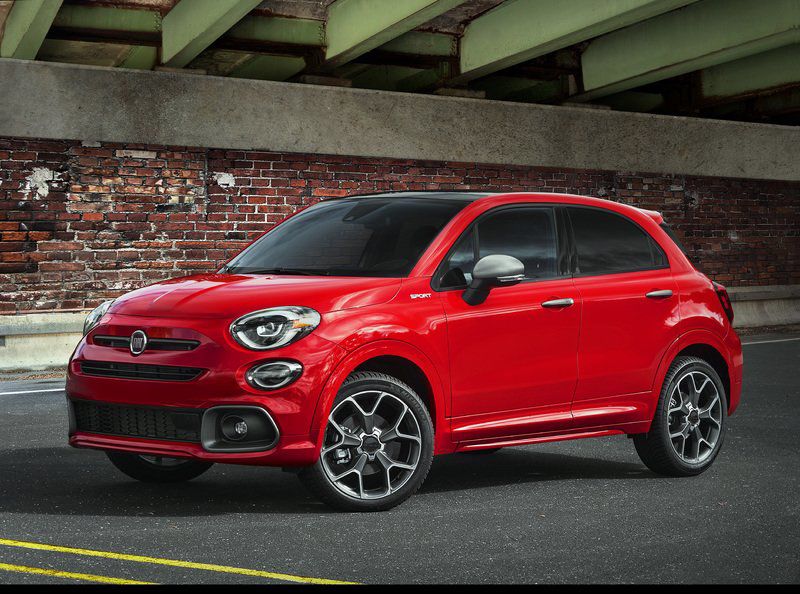 The 2020 Fiat 500X is a compact box that's ready for bad terrain but also offers the kind of sportiness that makes drivers just want to zip from place to place. (FCA US LLC/TNS)

The interior of the 2020 Fiat 500X offers plenty of Italian flair and decent comfort, as long as you're not stuck in the back row. (FCA US LLC/TNS)

The 2020 Fiat 500X is a compact box that's ready for bad terrain but also offers the kind of sportiness that makes drivers just want to zip from place to place. (FCA US LLC/TNS)

Conventional wisdom: Car and Driver said, “There’s plenty of Italian flair here but not much utility or value.”

What’s new: Fiat’s all-wheel-drive model shares underpinnings with the Jeep Renegade. It received a new 1.3-liter turbocharged engine for 2019 (the model year tested) and standard all-wheel drive, and for 2020 adds a Sport model.

I’m not sure what about the Fiat 500X made me think of the foot-powered Bedrock sedan of the 1960s cartoon star, but I couldn’t get the image out of my head.

Driver’s Seat: The cloth seat perched me up high in this four-door, triangulated all-wheel-drive crossover. The seat was not the epitome of comfort — a little stiff and with tight wings — but it served its purpose. The seats were heated for $295 (which also added windshield wiper de-icer) and highly adjustable for the $795 charge of the Comfort Group, a lot more than you’d expect from a page right out of history.

Up to speed: The Flintstone-y feel could have emanated from the 500X’s penchant for just racing wherever it went. The power delivery from the new 1.3-liter turbo was less than smooth, so starts after rounding corners and standing starts often felt like windupwindupwindup — pause, BAM! — and they’re off! And this isn’t so bad. The little car is kind of fun doing it. I could hear the Hanna-Barbera “zoom” sound effects in my head every time.

Sport mode makes the acceleration more fun and a little more jerky. (And I know from jerky.)

On the road: I’m not bothered too much by road noise — I’ll crank the stereo up and forget it — but if you are, this might not be the car for you. It’s a noisy ride.

The handling was microcarlike, as the stiff little crossover tilted a bit on fast turns and over rolling roadways. Not smooth, but fun in its own way, and certainly better than having a big cylindrical boulder for front and rear tire-wheel-axle combos. (I bet they’re pricey to replace.)

Sport mode helped with the handling a bit, but auto mode was just fine. (Traction+ mode aims for some heavy-duty snow and mud maneuvers.)

Shifty: The 9-speed shiftable automatic transmission worked pretty nicely in automatic mode. A stick would make this even more of a delight.

The shiftable function works fine, but this is old school. Drivers are not going to just tap-tap the lever; the 500X requires a full-on bicep crank. And at least you don’t have to giddy-up with your feet like old Fred.

One downside — in shift mode, the driver is responsible for almost all downshifting, unless coming to a dead stop. At that point, the 500X generally wants to take it to second. If you manually shift to first, it’ll take a second to engage, restarting the abruptness cycle I’ve been outlining.

Basically, don’t buy this car if you get motion sickness.

Friends and stuff: Rear seat room is pretty tight. My big head sits all the way against the ceiling, as if I’m wearing Fred’s water buffalo hat, and legroom and foot room are almost as dear. The seat sits upright. The middle passenger won’t be too much worse off.

Cargo space is listed as a tiny 32.1 cubic feet with the rear seats folded, but that seems awfully small.

Play some tunes: The Beats radio worked simply enough — dials for volume and tuning, and most of the rest in the with U Connect 7-inch touchscreen ($695). Like most Fiat Chrysler products, getting around worked simply. I’m especially fond of the volume and skip triggers behind the steering wheel, and that Sirius starts songs at the beginning when you change the station.

Unfortunately, sound was seriously high pitched, somewhere in the earbud range — when held an inch away from your eyes. Clear, but not quite right.

Keeping warm and cool: Three dials covered all the heating functions — two for temperature and one for fan speed. Three buttons select defrost, chest, and feet airflow — clear and simple.

Night shift: The interior lights cast a subtle glow on the cabinet, and the headlights shone brightly.

Fuel economy: I averaged about 25 mpg in the little crossover, though I ran it at open throttle most of the way. Feed the 500X whatever.

How it’s built: Consumer Reports predicts a reliability of 1 out of 5.

In the end: That’s some Stone Age dependability, but it sure is a lot of fun.