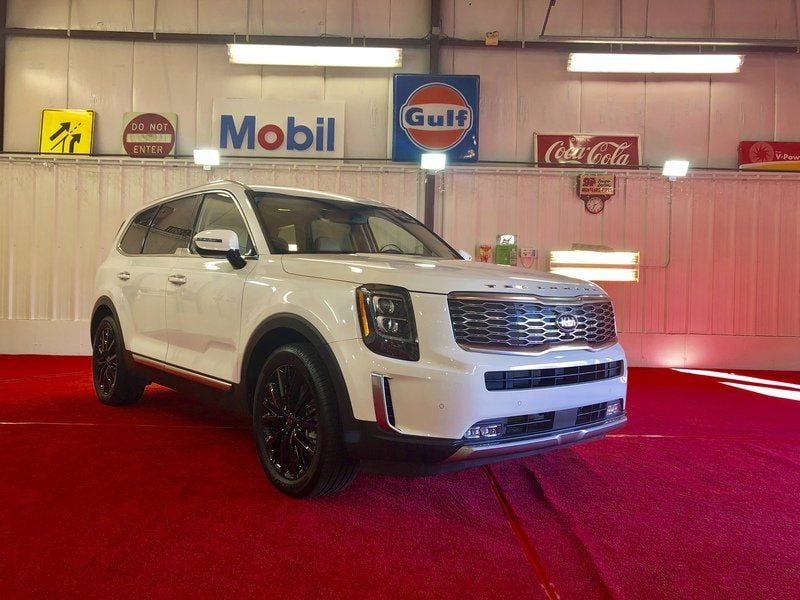 Kia’s new Telluride eight-passenger sport-utility vehicle gives people a lot of benefits for the money, and based on local demand for the model, people appear to be noticing. 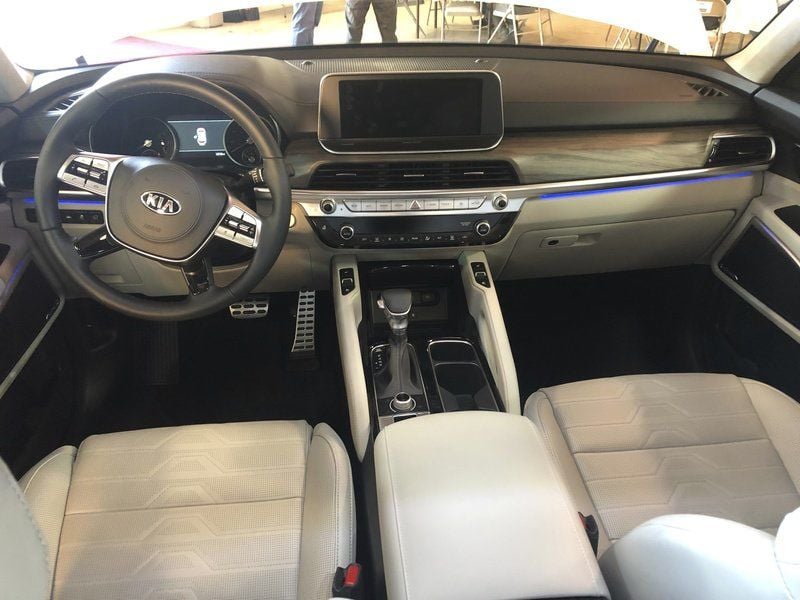 The spacious interior of the Telluride shows off a tiered dash, large center console, ample leg room and plenty of creature comforts.

Kia’s new Telluride eight-passenger sport-utility vehicle gives people a lot of benefits for the money, and based on local demand for the model, people appear to be noticing.

The spacious interior of the Telluride shows off a tiered dash, large center console, ample leg room and plenty of creature comforts.

When we looked at the luxurious K900 sedan last week, we saw that the car company Kia has a following of enthusiasts that its top-level K900 keeps engaged and encouraged.

I still run into people who don’t quite know what to make of Kia. They’re general consumers who only tune into the car market, oh, every four or five years, when they need to buy a new vehicle themselves. They may dimly remember that Kia was an economy brand when it entered the U.S. auto scene just 26 years ago. Yet on today’s roads they see Kia models that stand out distinctively amid more ho-hum offerings from other car companies.

The new Kia Telluride is a model to convince all consumers that Kia is a top line auto manufacturer.

And from the reception it’s receiving at Commonwealth Kia in Lawrence, it’s clear that the Telluride is doing just that.

“It’s the hottest vehicle we’ve had in a long time. People can’t wait to see it. They can’t wait to drive it. And then they’re fighting over it,” said Charles Daher Jr., sales manager at the dealership.

Introduced in February, the new Telluride is the largest vehicle made by Kia. The three-row, eight-passenger crossover sport-utility vehicle gets its power from an advanced, 291-horsepower V6 engine, delivered through a smooth-shifting, eight-speed automatic transmission. Roomy and accommodating inside, the largish wagon steers lightly and accurately. It corners with assuring stability and rolls smoothly and comfortably, aided by such engineering measures as four-wheel independent suspension and a rigid body built predominantly from high-strength steel, which resists the torsional twisting that can interfere with stable movement.

The largish sport-utility is generously equipped, even at its lowest price level of $32,785 for a front-drive model. It includes niceties like a warning light for low windshield washer fluid, privacy back windows and noise-blocking windshield, rear seat air-conditioning controls and overhead ducts for the second and third rows, sliding and folding second-row seats and split folding third-row seats, Apple CarPlay and Android Auto phone-connection interfaces, and a Bluetooth voice-command connection.

The Telluride’s equipment list also encompasses an impressive amount of useful advanced driving aids. They include a warning for forward collision threats, whether vehicles, obstacles or pedestrians, with automatic braking. It has lane monitoring with automatic steering assistance. It has blind spot and rear cross-traffic monitoring, warning and collision avoidance with braking and steering aid. The starting level Telluride’s cruise control keeps a set distance from leading cars, right down to a complete stop and later restart.

Telluride’s all-wheel-drive system – which adds $2,000 to the price of a front-drive version – intelligently ties to the vehicle’s drive-mode selection so that traction corresponds to the driver’s desire. When the economy or automatic modes are selected, the system conserves fuel by sending all power to the front wheels under normal conditions, and automatically directing some power to the rear wheels only when extra traction is needed. In the comfort or snow-driving modes, the mechanism sends 20 percent of the power to the rear during normal driving. In the sport setting, it directs 35 percent to the back to enhance aggressive cornering.

Of course, no one is literally fighting to get the new Telluride. But Daher explained that demand is so strong that Kia can’t supply the new models fast enough, so customers are waiting.

Particularly telling is how the Telluride is winning when car shoppers compare it to other family-sized SUVs, he explained.

That includes people who come to Commonwealth specifically to see the new Kia. Many are sizing it up against sport-utilities from luxury brands, Daher stated.

“People are cross shopping it with everything. They’re comparing it to BMWs, Mercedes, everything. It’s crazy,” he said. “People who would never look at a Kia before are now looking at a Kia. Everyone wants it.”

The Kia converts also include drivers who come to Commonwealth initially to see a competing model. Commonwealth Kia is part of Commonwealth Motors, which sells four additional vehicle brands at its Lawrence campus: Chevrolet, Honda, Nissan and Volkswagen. According to Daher, shoppers drawn to one of those dealerships by another family-sized utility vehicle often change their minds when they experience see the new Kia.

“Nine out of 10 people looking at another model go with the Telluride,” he estimated.

Daher attributed the vehicle’s instant popularity in part to its handsome body. Kia states that it designed the Telluride to have “the presence associated with the original legendary SUVs – big bold and boxy.” Daher observed that while Kia accomplished that, it also gave the new model contemporary flair.

“They hit the target with square and boxy, but they also made it streamlined and stylish,” he explained.

Another factor behind its popularity is the upscale and even luxurious atmosphere in Telluride’s cabin, Daher said.

“When you get in it, you feel like you’re in a luxury car,” he stated. “Even the leatherette seats in the standard model stand out. People feel that they’re getting more for their money.”

That more-for-the-money appeal also applies to the high level of advanced technology installed in the Telluride, he said. What’s more, Kia has made its high-tech driving aids and its communication and entertainment features trustworthy, and easy to operate. That’s another plus that attracts people, Daher noted.

The advanced equipment in the Telluride I evaluated operated more precisely and assuringly than similar features I’ve encountered in some high-priced luxury cars. I was testing a top-level Telluride with a sticker price of $47,705, so it came with more than you’ll find in lower trim levels.

Its navigation system picked up spoken street addresses flawlessly the first time I said them – a noticeable contrast from some other voice recognition setups that have interpreted voice prompts so poorly that I found myself arguing with them.

My test model included Kia’s “highway driving assist” technology, which uses radar and other means to read lane markings and surrounding traffic, so that the Telluride can control its own steering, braking and acceleration. When the system was functioning, at the freeway speed of 70 miles per hour I took my hands off the steering wheel and ate a sandwich.

I don’t recommend you try that. And after about one mile the auto sent me a reminder to please keep my hands on the wheel. Still, it was a stirring example of what Kia has accomplished with its new SUV.

“If we had 10 more today, all 10 of them would be sold tomorrow,” said Commonwealth Kia’s Daher.

Jeffrey Zygmont is an author of fiction, non-fiction and poetry books, and a long-time auto writer. Contact him at www.jeffreyzygmont.com.