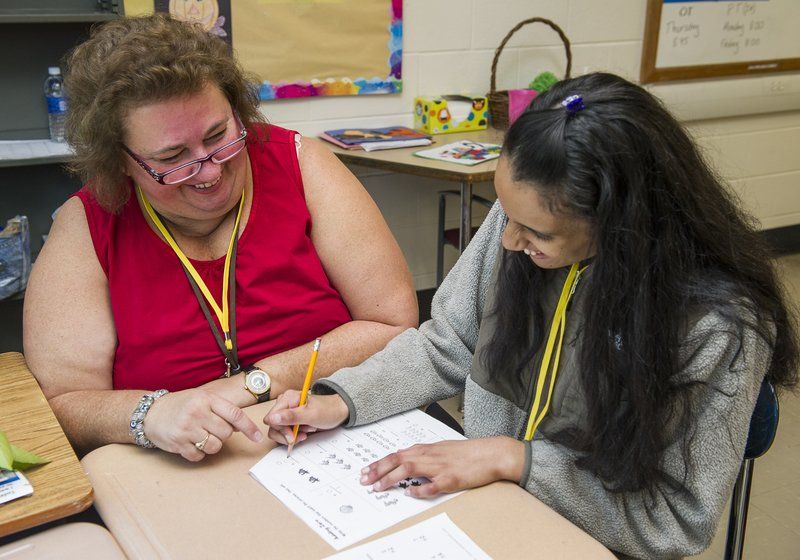 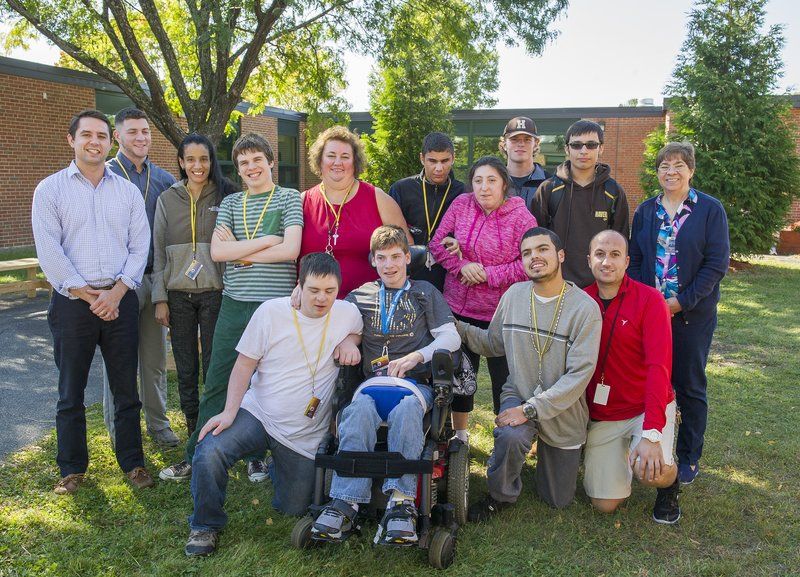 Nancy Burke has a green thumb and a love for children.

Those talents help her perform well as a teacher — especially when it involves helping run a garden where special needs students grow vegetables and learn about where their food comes from.

After gaining notoriety for her success with the garden at Haverhill High School, Burke received a Bammy Award for her service as an educator.

The Bammy Awards are named after the BAM! radio network, which sponsors the awards. BAM is an acronym for body and mind, both of which the educational radio network strives to improve.

The Bammys give annual recognition to educators across America. The nominations are broken up into fields of work and grade levels. Burke was grouped in to the special needs staff category.

Burke has been teaching for 16 years, all of them at Haverhill High.

Before becoming a teacher, Burke worked for a computer company for 17 years. She became a second-grade classroom volunteer and decided to go back to school for teaching.

"I liked doing things with kids," said Burke, a mother of four. "I volunteered in the classroom and said, 'I can do this.' I wanted something more rewarding."

Burke pioneered the Haverhill High School garden during the 2012-2013 school year. The garden was created to expose special needs students to the experience of growing vegetables and learning where their food comes from, an opportunity they wouldn't necessarily have at home. Burke reached out to a local Boy Scout to build a wheelchair-accessible, raised bed garden in an enclosed courtyard of the school. The school's student council does a fall cleanup and the house construction program has built a shed for the garden. Soon the school wrestling team will be building a patio.

The garden now serves as a learning environment and a hangout for the three classes of special needs students Burke teaches year-round. On Sept. 25, she and her students hosted a special harvest for the National Education Association, which awarded her a grant to build the garden. Burke's students picked potatoes, carrots and pumpkins to submit to the Topsfield Fair.

The National Education Association is a teachers organization that provides resources to educators.

The Bammy Award itself is a statuette. The base of the award is made up of 14 concentric circles, representing each grade, preschool through 12. The base is also meant to signify the various disciplines that make up a child's schooling which are all seen as essential pieces in education, according to the official Bammy website.

In the center of the award is the recognizable, nostalgic school bell that once called students to class. Atop the statuette is a creatively sculpted monolith "signifying the effect of a good education in the life of a young person," according to the Bammy website.

The statuette stands 12 inches tall, is made from the same material as an Oscar and weighs two pounds more than an Emmy.

Grace Hwang Friedman, a senior policy analyst at the National Education Association, nominated Burke for the award. Friedman learned about Burke's work with the garden and was inspired.

"Nancy had a vision and she took action to make it happen for her students," Friedman said.

Following her nomination for the award, Burke said she tried not to get her hopes up.

After being named one of five finalists in her category, Burke's said her reaction changed to, "It's awesome that I've gotten this far.

"I never thought it would happen," she said.

Jeanette Smith, a spokesperson for Bammy, wrote in an email to the Gazette, "We will be going around the country doing remote broadcasts from Bammy Award viewing parties."

The ceremony was streamed on the Bammy website on Sept. 26 while Burke and Donna West, another nominee from Alabama, hosted their viewing party at the Wyndham Hotel in Andover. Surrounded by loved ones and colleagues, Burke won her category.

Her motivation: "I love what I do everyday."