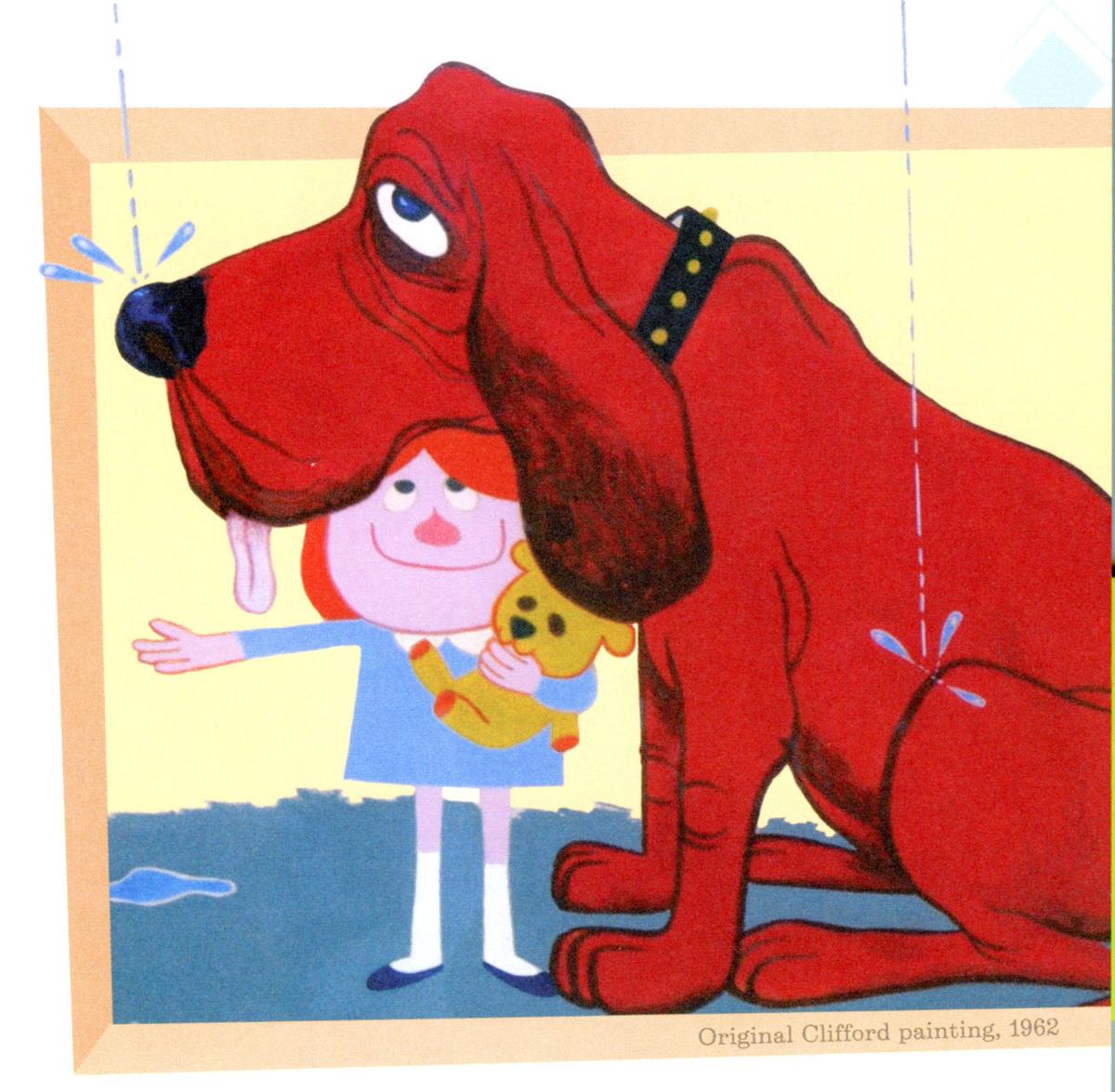 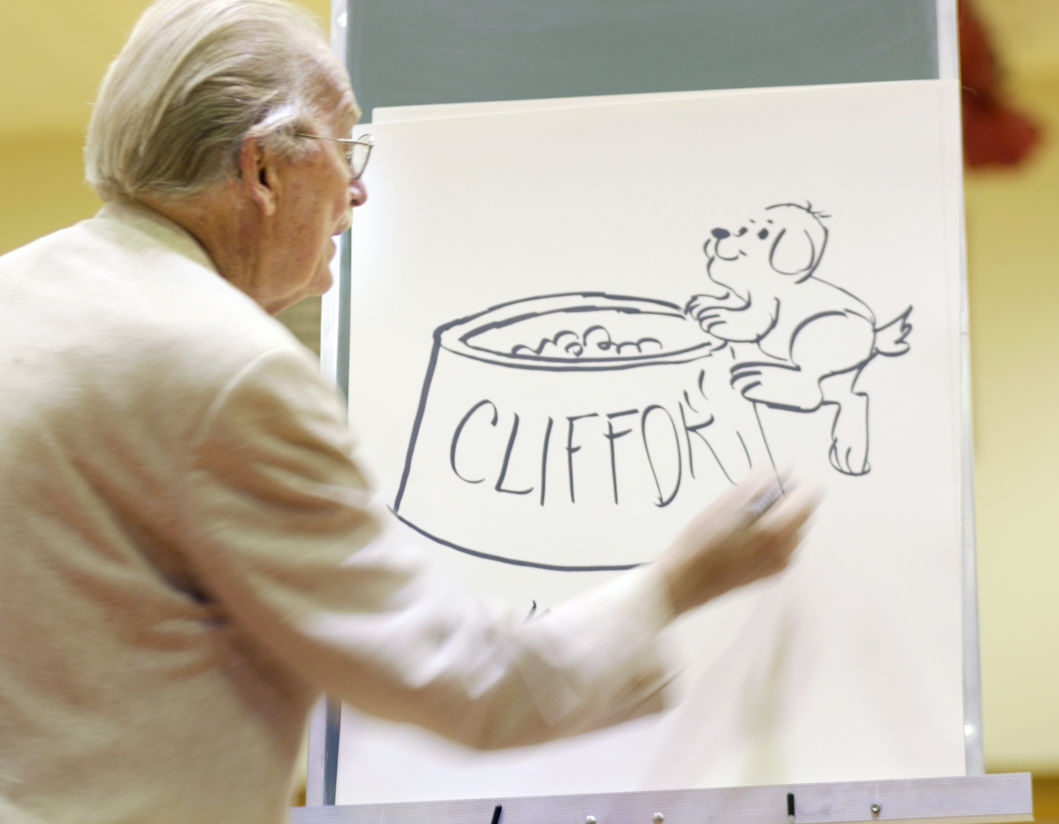 Norman Bridwell loved his hometown. Even though he hadn't lived in Kokomo, Ind. for nearly 70 years, the author of the beloved “Clifford the Big Red Dog” books had a special connection with the city he grew up in.

When Bridwell, 86, passed away Friday, Dec. 12, at Martha’s Vineyard Hospital in Massachusetts, it shouldn't have been a surprise that the residents of Kokomo would want to talk about their most famous native.

And those who got to know him the best may have been the same ones who reported on him throughout the years.

Tom Tolen began corresponding with Bridwell in 2009, when he asked the author if he was comfortable with the city installing signs denoting Kokomo as the hometown of the “Clifford the Big Red Dog” author.

After that, Tolen said, he’d kept in touch with Bridwell, calling or emailing him to keep him abreast of what was going on in his hometown.

“She didn’t want us to find out in the newspaper, and I thought that was very sweet,” he said. “I remember her saying the sweetest thing on the phone. She said, ‘Norman may be gone now, but he’ll live on in Clifford, because truth be told, that dog’s personality was Norman.'”

Bridwell’s humble, kind-hearted nature was apparent to Lisa Fipps from her first interaction with the author as a reporter for the Kokomo Tribune.

Fipps, now the director of marketing and community engagement for the Kokomo-Howard County Public Library, was shocked by how soft-spoken Bridwell was after her first of many interviews with the iconic author.

“He was the most kind, gentle, soft-spoken person you would ever meet,” she said. “He was very excited and almost felt honored that I wanted to talk to him, which just cracked me up. He just talked to me like a regular person and didn’t try to impress me at all.”

Through the years, Fipps interviewed Bridwell on a number of other occasions at different publications. Bridwell’s demeanor remained the same during all of their interactions. He would even send her “thank you” notes after she published stories about him.

“When I was younger, I wanted to write young adult novels and was the member of a writers group,” she said. “He said, ‘You should definitely stay with that,’ and always encouraged me to continue to follow my passion.

“He said, ‘I’m from Kokomo, so feel free to send anything to me to look over.’ He would send notes back and always encouraged me to send my stuff out.

“He would say, ‘Don’t worry about the rejections, only worry about the people who like what you do,’” she added. “His whole career was based on never giving up, and by doing that, he would reach his goals. I loved that about him.”

Fipps referenced a famous Bridwell quote fitting that piece of advice: “Sometimes you’ll do something that you really like and no one else does. You’ll feel terrible, but you’ve just got to press on and keep trying. If you like doing it and keep working at it, then someday you will succeed.”

Bridwell’s career was the perfect example of that.

Despite his passion for drawing, Bridwell struggled to enter the publishing world. His Clifford manuscript was turned down by nine publishers before landing at Scholastic, where Bridwell found a publishing home and remained for more than 50 years.

Clifford was originally to be called “Tiny,” but Bridwell’s wife instead suggested he be named “Clifford” after her childhood imaginary friend.

Bridwell said he never had lofty goals for his books. He only hoped they brought joy to the children who read them.

Bridwell told the Kokomo Tribune he only wanted to be remembered as “somebody who made children laugh. Someone who gave kids a pleasant experience with books.”

Tolen said many of Bridwell’s sketches are hanging in schools all over the county, where Bridwell often visited over the years to talk to kids about his books and writing.

His relentless pursuit of bringing smiles to the faces of children was Bridwell’s goal, Fipps said, and ultimately will be his legacy.

“He was just the sweetest guy,” she said. “He made so many children happy and I know he encouraged so many adults. You just don’t find many people like that.”

Before his death, Bridwell had completed two more Clifford books, which will be released in 2015 – "Clifford Goes to Kindergarten" in May and "Clifford Celebrates Hanukkah" in October.