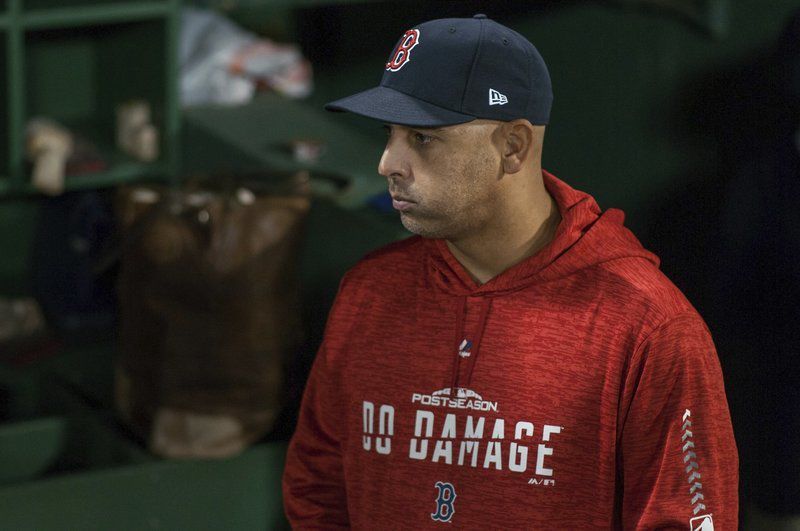 AMANDA SABGA/Staff photoBoston Red Sox manager Alex Cora before game two of the ALCS between the Boston Red Sox and the Houston Astros in 2018. 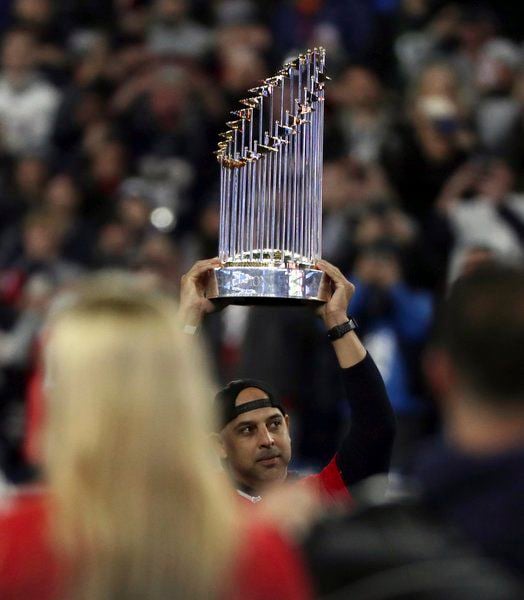 AMANDA SABGA/Staff photoBoston Red Sox manager Alex Cora before game two of the ALCS between the Boston Red Sox and the Houston Astros in 2018.

King Midas was rewarded for good behavior by Dionysus, the God of Wine (among other things), with any power he wanted. He wanted the ability to turn everything he touched into gold.

King Midas immediately touched an oak twig and a stone and both turned to gold. Overjoyed, as soon as he got home, he touched every rose in the rose garden, and all became gold.

If King Midas were a baseball manager, he was Alex Cora in 2018.

Every decision Cora made was spot on. We had never seen anything like it from the most pressure-packed position in New England.

Cora had the golden touch.

And worse, so he thought.

Now he will likely be suspended and fired as Red Sox manager because it was revealed that, in a lot of cases, he and his teams in Houston and Boston, had the answers.

Circumventing the rules is one thing, as in pine tar on a pitcher’s hand to get a better grip or loading your bat up with cork.

They are misdemeanors — offenses that deserves a small fine or game-suspension.

What the Astros and Red Sox did was a different kind of a crime … more like murder.

“Stealing” signs is part of the game. It’s the reason why third base coaches and catchers spend two to three seconds making hand gestures on every single pitch.

This is different, using video to steal signs.

The Astros had someone pounding a trash can in their dugout area to let a hitter know about a breaking ball en route.

The Red Sox infractions were a tad more scientific with team employees figuring out catcher signs and then giving them to guys on the bench. The Sox needed guys on base, who could see catcher’s signs, and then offered a secretive way of announcing the oncoming pitch.

Here’s where Cora comes in.

He was the key guy for both teams … I mean both World Series championship teams.

The Houston Astros, upon receiving the ruling from Major League Baseball that their general manager (Jeff Luhnow) and manager (A.J. Hinch) were suspended for a year, fired the both of them for the embarrassment. And they got a cherry on top ... a $5 million fine.

Cora — we’re guessing — would’ve been fired too if he had remained the Astros’ bench coach. Hinch hinted in his “deposition” that Cora was the key guy in the scandal.

The Red Sox are waiting for the MLB ruling.

Shouldn’t Cora get a bigger penalty, maybe a two-year suspension?

It doesn’t look good for the Red Sox and Cora. Coming off a tumultuous, frustrating year (see Patriots 2019, too), this becomes a tough cookie to swallow.

Do the Red Sox beat the MLB to the punch, suspending Cora for a year? Do they fire Cora?

New team president Chaim Bloom, who has yet to make a substantial personnel move since joining the fray nearly three months ago, inherited this situation. It’s all on him.

As for King Midas?

He ended up hating his new powers. Every time he touched food or drink, it turned to gold.

Moral of the story: Playing by the rules is the way to go.