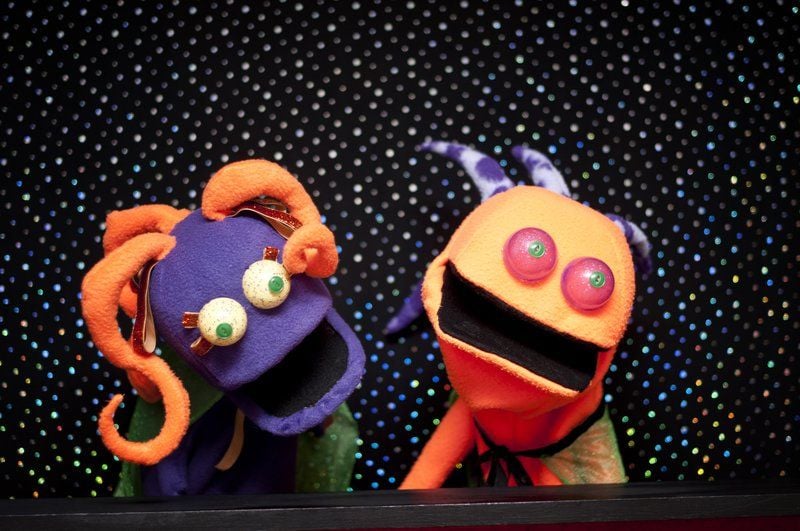 Photo courtesy Michelle JellisonFormer Andover resident Terrence Burke brings his Wump Mucket Puppets to the area for their first local shows next week. They’ll perform “Super Space Princess and the Priates from Zwonk” in both Lawrence and Plaistow , 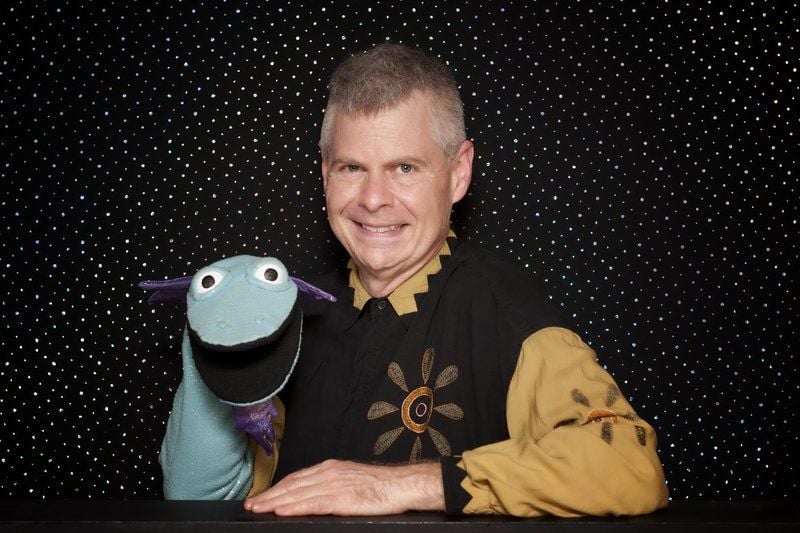 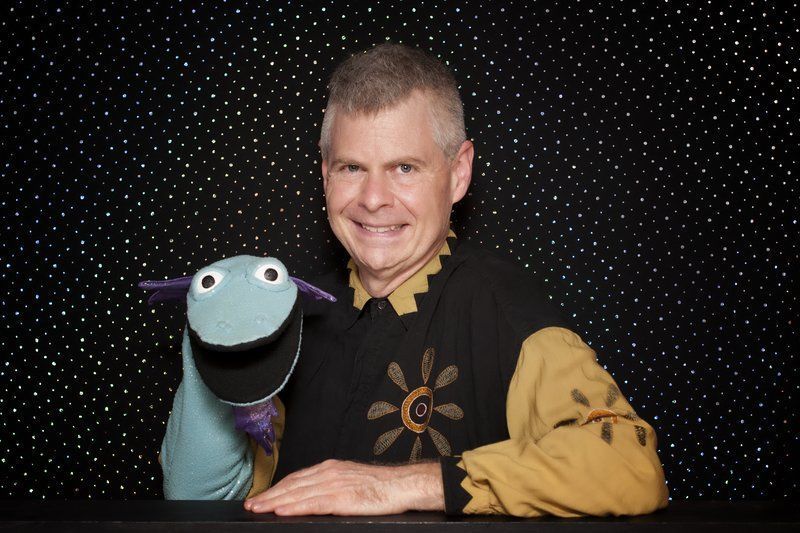 Photo courtesy Michelle JellisonFormer Andover resident Terrence Burke brings his Wump Mucket Puppets to the area for their first local shows next week. They’ll perform “Super Space Princess and the Priates from Zwonk” in both Lawrence and Plaistow ,

Terrence Burke, a puppeteer raised in Andover, always wanted to bring his show back home to New England, but that idea had been put on the back burner — until now.

Burke’s Cincinnati-based Wump Mucket Puppet troupe will be making its New England debut next week with performances in Plaistow on Thursday, Aug. 6 and in Lawrence on Friday, Aug. 7.

His colorful Wump Mucket Puppets will be performing their summer 2015 show, “Super Space Princess and the Pirates from Zwonk,” a science-fiction fairy tale. It tells the story of an alien princess who finds her superpower that stops the pirates from raiding her uncle’s palace.

He describes his shows as “live cartoons,” but said this one stands out among the rest because it is the first completely original piece he has performed and it stars Wump Mucket’s first female puppet.

Burke, who is the voice behind all of his puppets, said he was never sure he could pull off a female character. But he came to realize that it did not matter what the voice sounded like, he just had to sell the character to the audience.

Currently, there are seven puppets in the troupe, all played by Burke. He said the most challenging part of portraying seven different characters is not remembering who he’s supposed to be at any given time, but the strain each one has on his voice.

Most of the inspiration for story ideas and characters comes to Burke from zoology, mythical creatures, grim fairy tales and mythology. He also uses ideas from his wife, children and his “inner seven-year-old self.”

The cast also includes G’Wizzl’s alien uncle G’Wazzl G’Wook, Cyril the Sea Serpent; Kitty Quo Quo Quo Qua, G’Wazzl’s pet space cat; and Reg the Loveland Frog, who is based on the mythological frog creature of Loveland, Ohio. Coleman the Sasquatch — the oldest of Burke’s puppets (he bought the original in the 1970s) — also makes his return to the stage this summer.

Burke’s wife, Lara, is the creative force behind Wump Mucket, bringing all of the puppets and backdrops for scenes to life.

Burke, 50, who moved to Andover from Boston as a toddler in 1967, sums up his early love for puppets as a “childhood obsession.” He was about 5 years old when “Sesame Street” made its television debut in 1969, and the show really sparked his interest in puppets. He recalled constantly asking his parents, “How do they do that?” and they suggested he give it a try.

In 1970, Burke’s father brought him to a puppet festival in Boston, where he got to meet Caroll Spinney, the puppeteer behind Big Bird and Oscar the Grouch. The experience led him to begin taking puppet classes at the Andover YMCA. Around the age of 7, he wrote his first play and made his first puppets out of felt.

But once Burke, a 1982 graduate of Andover High School, hit the pre-teen years, he put his puppets on the shelf, where they remained for the next 30 years.

Burke and his wife moved to Cincinnati in 1993 to be near his father, a “radio gypsy.” Eight years later, his father passed away, and he became very depressed. His doctor suggested he revive his childhood interest in puppets.

Taking the advice, he joined the Puppeteers of America and the Cincinnati Area Puppetry Guild.

When Burke’s daughter, Eleanor, was in nursery school, she told her teacher that her dad was a puppeteer. The teacher asked if he would perform for the class.

In actuality, Burke and his puppets had only performed at home for his family.

That nursery school appearance would become his first show in front of an audience, Burke remembers his hands shaking with nerves. Wump Mucket’s premiere lasted 10 minutes and included one song.

These days, the nerves have disappeared, and Burke said he finds himself performing in a “zen-like” state.

He’s taken his show on the road and performed with his puppets on television. He’s now looking forward to introducing the region to the Wump Mucket world he’s created.

Terrence Burke originally named his troupe Wonder Puppets. But his wife, Lara, suggested he recycle the name for his electronic music studio — Wump Mucket — instead. And it’s stuck ever since.

What: Wump Mucket Puppets presents “Super Space Princess and the Pirates from Zwonk”