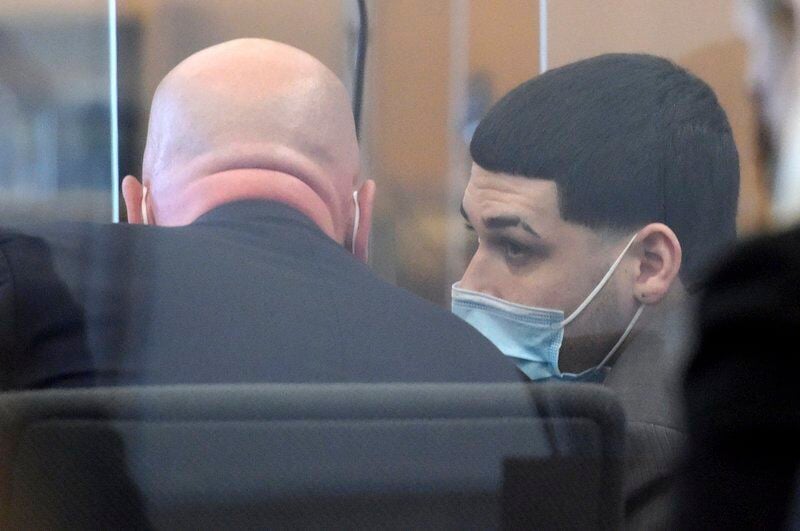 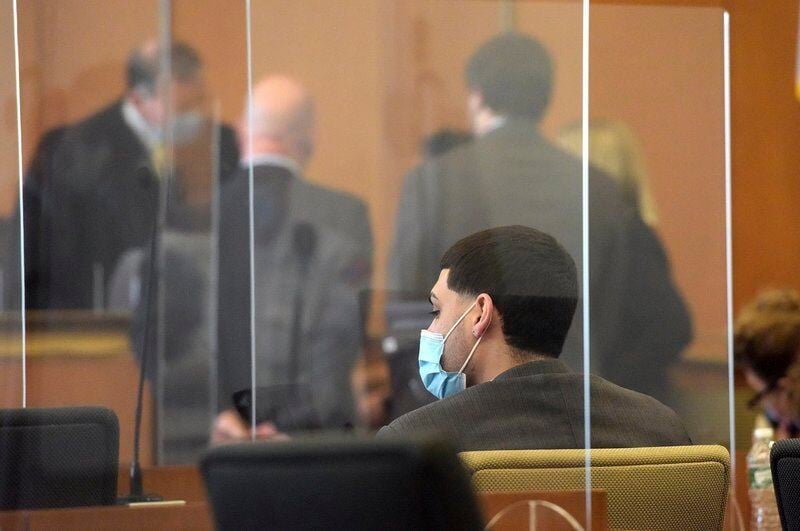 SALEM, Mass. — A tearful Methuen woman testified about being "smacked in the face," thrown to the ground and fearing she would be raped outside a Haverhill bar where her boyfriend and another man were stabbed May 28, 2017.

A man with Valcourt and Doore, Matthew Sabatino, 28, was stabbed in the left ventricle of his heart, fell into a coma and died 10 days later at a Boston hospital.

In addition to murder, Delafuentes is charged with armed assault with intent to murder and assault and battery with a dangerous weapon causing serious bodily injury for Doore's stab wounds.

Testimony in the case started Tuesday, the four-year anniversary to the day of Sabatino's death.

Valcourt on Wednesday told jurors she left the Chit Chat Lounge on Washington Street and went into an alley to urinate. When she came out of the alley, she was struck across the right side of her face and fell to the ground.

"I thought I was about to be raped actually," said Valcourt, who testified she immediately took notice of her surroundings. Then, after taking a deep breath, she said she stood up.

She saw a crowd of people gathered and heard someone scream.

"Then I saw Danny being laid down on the ground," said Valcourt, breaking into tears as she testified as a prosecution witness.

Valcourt said "there was a bunch of noise" but she tried to focus on Doore, her then-boyfriend and father of her two children. She recalled hearing people yelling for help.

"He was bleeding everywhere. I just saw blood everywhere," said Valcourt. "I was just so focused on him. I didn't know what happened."

Answering questions by Assistant District Attorney Erin Bellavia, Valcourt said she did see and hear a man talking on a cell phone who said, "What did you guys just do?"

The man also said, "You need to get the (expletive) out of here," Valcourt testified.

Melissa Power, who was also out with Valcourt, Doore and Sabatino, was also among prosecution witnesses called Wednesday. She recalled a "chaotic" scene with "everyone yelling" and helping Doore after he was stabbed by applying pressure to his wounds.

On cross examination, Delafuentes' defense attorney, John MacLachlan, asked Power if she recalled telling a detective that Doore put a knife in his pocket during the altercation.

Power said she was intoxicated that night and did not immediately remember telling a detective that. MacLachlan then had her review a transcript from an audio interview with a Haverhill detective in which she told him that.

Bellavia then asked Power if, as she was testifying, she had "a memory of Daniel putting a knife in his pocket?"

On Tuesday, Sabatino's fiancee, Courtney Trussell, testified, telling jurors the group started their night at the Oriental Gardens for drinks and appetizers. Later they went to the Chit Chat Lounge.

But when they left the Chit Chat and were standing outside, they encountered a reportedly angry Delafuentes who, according to prosecutors, stabbed Sabatino and Doore.

The trial is expected to continue Thursday morning and run into next week.