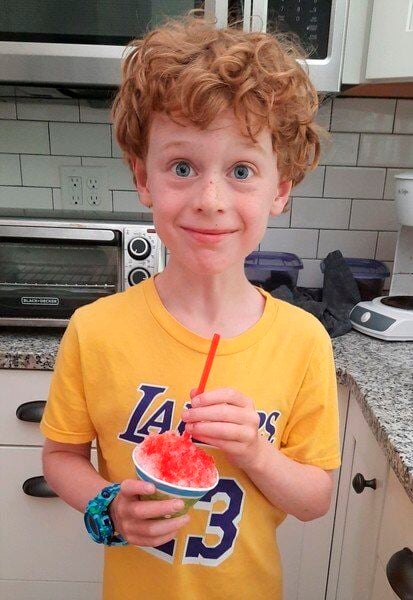 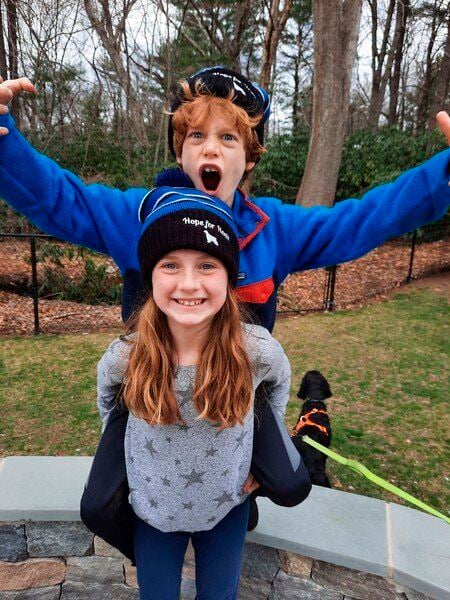 Courtesy photoEight-year-old Heeth Atanasoff with his 10-year-old sister Keene, who will be donating her bone marrow to him later this month, wear “Hope for Heeth” hats.

Courtesy photoEight-year-old Heeth Atanasoff with his 10-year-old sister Keene, who will be donating her bone marrow to him later this month, wear “Hope for Heeth” hats.

NEWBURYPORT — An athletics-loving third-grader at Bresnahan Elementary School, who was recently diagnosed with a rare blood disorder, is keeping his spirits high as he prepares to have a bone marrow transplant later this month.

According to his mother, Molly Atanasoff, 8-year-old Heeth is “super athletic and physical” and likes to “go big” with everything he does.

In January, she noticed he was bruising a lot and had developed what looked like a rash, but is actually “petechiae,” or spots caused by bleeding under the skin. The spots did not itch or irritate him, so he continued with his normal activities such as playing football with friends and cross-country skiing at Maudslay State Park, unaware of what it was.

In February, Atanasoff brought her son to his pediatrician after what she believed was a rash had seemingly spread. She assumed it would just require some lotion or another simple solution. When the nurse practitioner’s face shifted, however, Atanasoff knew something was wrong.

Heeth was immediately sent to Tufts Medical Center where his blood levels came back low in all areas. Doctors eventually diagnosed him with severe aplastic anemia, which is a rare blood disorder that between 600 and 900 people in the U.S. are diagnosed with each year, according to the Aplastic Anemia & MDS International Foundation.

Atanasoff and her husband, Todd, soon transferred their son to Dana-Farber and Boston Children’s Cancer and Blood Disorders Center for treatment. Heeth now goes to the Jimmy Fund Clinic twice a week to have his blood drawn and levels checked.

He has platelet transfusions at least once a week, and red blood cell transfusions every couple of weeks, his mother said.

Due to the COVID-19 pandemic, Heeth was enrolled in the Remote Learning Academy at Bresnahan, so he has been able to keep up with his classes even while he is at the clinic. Atanasoff thanked his teachers, Steve Costello and Marianne Gasbarro, for continually supporting him throughout the process and helping him maintain a sense of normalcy.

As all of this was happening, Heeth’s medical team was working to find the best course of treatment, because aplastic anemia can be fatal. They also had to determine whether it was genetic or acquired. In Heeth’s case, it was idiopathic acquired, or for unknown reasons.

Heeth will be admitted to the hospital April 20 to begin efforts to prepare his body for transplant. This will involve a combination of six hours of chemotherapy each day and three hours of receiving antithymocyte globulinan, an immunosuppressant.

On April 26, Keene will have her marrow drawn from her hip and she will push the start button for her brother’s bone marrow transplant. Heeth will remain in the hospital for six to eight weeks.

“His sister is literally going to save his life,” Atanasoff said. “I don’t think she realizes what a pivotal role she has in this.”

In previous years, Heeth has participated in the Greater Newburyport Pan-Mass Challenge Kids Ride in support of Dana Farber’s Jimmy Fund Clinic, so his mother found it “surreal” that he is now being treated there.

“It’s almost like a punch in the gut — I never, in any of those years, thought I would be one of the parents walking into the Jimmy Fund Clinic and getting the benefit of the bike ride,” she said.

Atanasoff was impressed with all the resources for kids and families, but said, “I would way rather just continue doing the bike ride and raising money than be reaping the benefits of the bike ride. It was very surreal.”

Since going through this process, Heeth has now decided he wants to be a doctor and likes to ask questions as the nurses draw blood and do other procedures. His mother spoke to his “soft side,” saying he volunteered for a year and a half with memory loss residents at Atria Senior Living.

His family is raising money for his transplant-related expenses through Children’s Organ Transplant Association. Almost $35,000 of the $100,000 has been raised so far. All donations are tax deductible.

“It’s such a dark place for a family to be, so we’re trying to bring any kind of light to it that we can to keep him positive,” Atanasoff said, explaining how strong Heeth has been throughout the process. “He’s a humongous fighter in life.”