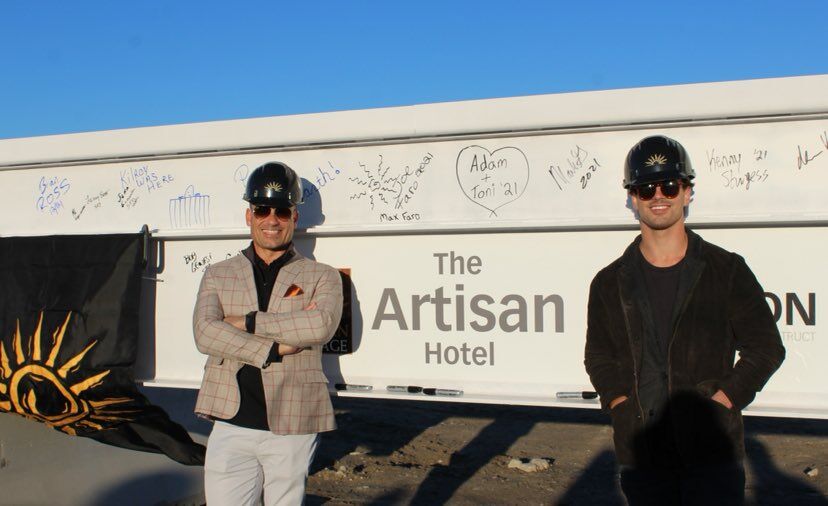 Joe Faro, left, with his son Max at a Tuscan Village beam-raising ceremony. Behind them is a beam signed by supporters of the project.

Developer Joe Faro, center, stands with supporters of his Tuscan Village development during a beam-raising ceremony. 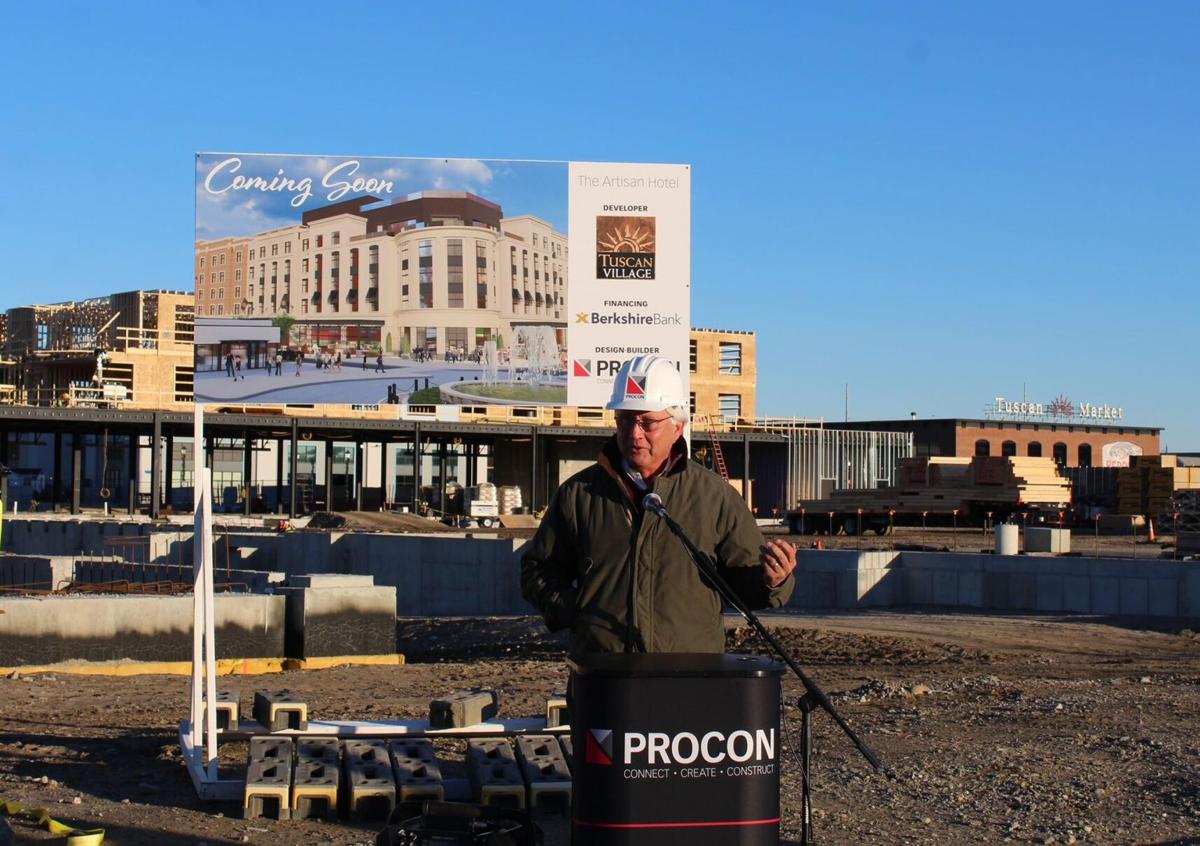 Joe Faro, left, with his son Max at a Tuscan Village beam-raising ceremony. Behind them is a beam signed by supporters of the project.

Developer Joe Faro, center, stands with supporters of his Tuscan Village development during a beam-raising ceremony.

According to plans, the spot where they gathered will be a 5-story building come Spring 2023.

It will include a 165-room Marriott hotel, 91 luxury apartments with private underground parking, 30,000 square feet of ground level retail space, a 12,000 square foot event and function facility, a 10,000 square foot Tuscan brands restaurant with extensive outdoor dining, a rooftop bar, and a pool and sundeck.

Prior to raising the beam, Morse stated, “We are moving into the downtown right now. This is the first building going up in the downtown. This is sending a symbol to the town of Salem that really does make a difference, the sense of community, thanks to Joe’s efforts.”

Faro praised Gov. Chris Sununu, legislators and locals for their support. He is thrilled, he said, “to reach this milestone on such a transformative and impactful mixed-use building in the heart of Tuscan Village.”

Since 2017, the Tuscan team has been developing the 170-acre property formerly occupied by Rockingham Park. Faro’s vision has been to transform it into a 4 million square foot mixed-used, regional destination.

About 1.2 million square feet of the project is slated for a life science campus. Occupancy specifics of that space and some others remain unknown.

More information, including a full directory of stores, is available online at tuscanvillagesalem.com.

Methuen - David J. Misserville, 69, of Methuen, Massachusetts, passed away on Monday, January 10, 2022, at the Holy Family Hospital in Methuen, MA. He was born in Lawrence on February 25, 1952, to the late Joseph and Carmela (Cippola) Misserville. David was educated in the Lawrence Schools a…