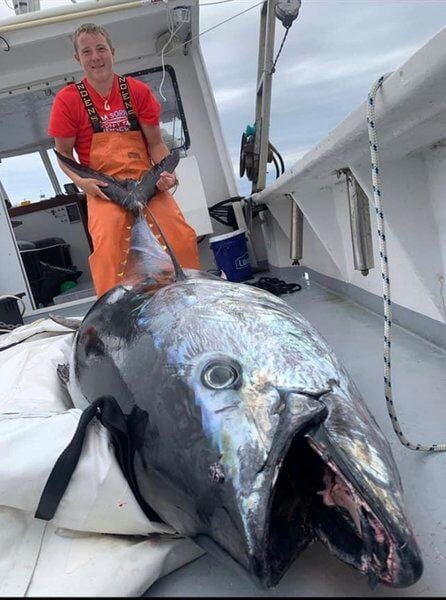 Courtesy photoJackson Nicoll of Seabrook shows off a tuna he caught off Hampton Beach in 2020. 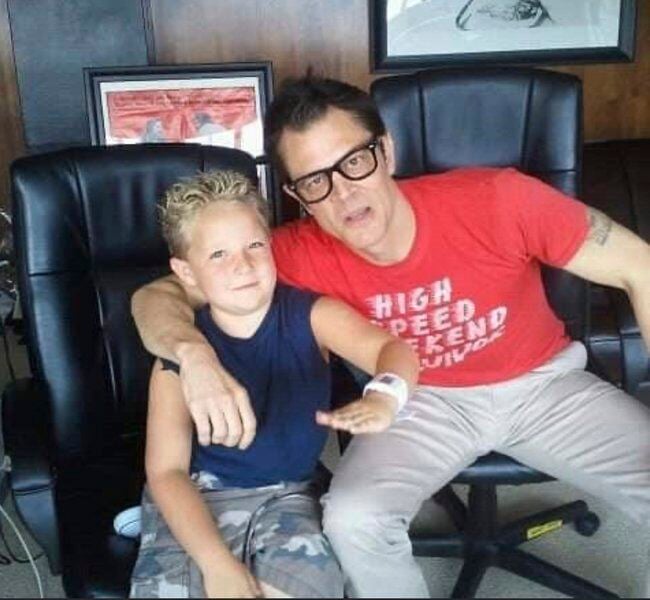 Courtesy photoJackson Nicoll of Seabrook shows off a tuna he caught off Hampton Beach in 2020.

SEABROOK —  A local high school student has already found fame in Hollywood but he prefers his life on the sea.

Jackson Nicoll, 17, grew up on the ocean, his family owns Al Gauron Deep Sea Fishing and Whale Watching and he spends a good deal of his life these days crewing the 90-foot Northern Star.

But the Seabrook native is perhaps better known as “Billy” in the improvisational 2013 Johnny Knoxville comedy “Bad Grandpa.”

Nicoll started his acting career by mistake when he was 6 years old. Nicoll’s older sister Jayden was going out on an audition one day when a casting agent asked that her brother audition for a role in 2010’s “The Fighter.”

“I had no experience in acting at all,” Nicoll said. “They picked me out of 12,000 kids. I had a small role as Christian Bale’s son. I didn’t know that he was Batman back then. But someone told me about a year later.”

Nicoll decided to keep acting. He picked up a manager and went on to do a number of commercials – including one with the Pillsbury Doughboy – and, according to the Internet Movie Database, Nicoll has 13 acting credits to his name

The young actor eventually grabbed the attention of “Jackass” star Johnny Knoxville. The next thing anyone knew, Nicoll was costarring as Knoxville’s grandson in “Bad Grandpa.”

Nicoll was only 10 when he portrayed “Billy”, and true to its title, Knoxville is a very “Bad Grandpa” indeed. Knoxville’s character, 86-year-old Irving Zisman, involves his grandson in plenty of improvised “Jackass” style pranks, including trying to ship the boy across the country in a cardboard box, and making the kid perform a risque pole dance at a beauty pageant, all in front of unsuspecting passersby.

“It was all improvised,” Nicoll said. “I had an earpiece in and (the director) would say something to get me started. But then it was me from then on.”

According to Nicoll, his experience talking to passengers on the family’s fishing and whale watch trips prepared him well for the improvised part.

“I’m really good at talking to people anyways,” Nicoll said. “I’m talking to people six times my age all of the time on the boat. I like being on the boat and having everyone’s attention. The one thing I don’t like about acting is people telling me what to say. But I guess that is acting.”

“Jurassic World” director Colin Trevorrow liked Nicoll enough that he gave him a small role in his 2017 drama “The Book of Henry.”

“I was the bully in that,” Nicoll said. “I pushed the little brother down.”

Nicoll continued to hear the call of the sea all during his acting career though, and he has been in semi-retirement from acting, living the life of an online high school student and fishing since 2018.

Nicoll said he is looking forward to captaining Northern Star once obtains his 100-ton captain’s license when he hits 19.

“I need that license to drive our biggest boat,” Nicoll said. “Until then, I’m crew. My great-grandfather started the company. I’m a fifth generation fisherman. It’s a lot of fun. It’s my whole life.”

Nicoll said it is the mystery of the sea that draws him back to the family business.

“You never know what you’re going to catch,” he said. “You never know what you’re going to see. I was down in Hawaii recently and I was getting ready to step on a boat. I looked down and there was about an 8-foot tiger shark swimming right under me. If I messed up that step and didn’t make it into the boat, I would have landed right on top of it.”

Karate is another of Nicoll’s passions. He is working on the second degree of his adult black belt and said he intends to become a sensei, or teacher, at The Dojo in Salisbury in the next two months.

“I started doing karate when I was 8 years old because of a movie role,” he said. “The movie never got made but I did karate and ended up falling in love with it.”

He said nobody really recognizes him from the movies anymore.

“I’m quite a bit bigger and I slimmed out,” Nicoll said. “But, if I had the opportunity to do another movie like ‘Bad Grandpa’ which had virtually no acting involved, I’d do it.”

Staff writer Jim Sullivan covers Amesbury and Salisbury for The Daily News. He can be reached via email at jsullivan@newburyportnews.com or by phone at 978-961-3145. Follow him on Twitter @ndnsully.