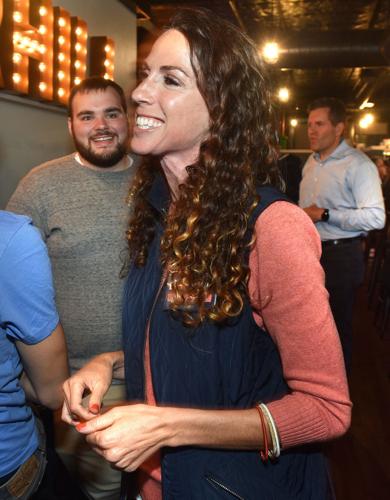 Democratic state auditor candidate Diana DiZoglio greets her supporters at Stacks Restaurant on Washington Street in Haverhill on Tuesday night. She was declared the winner about midnight. 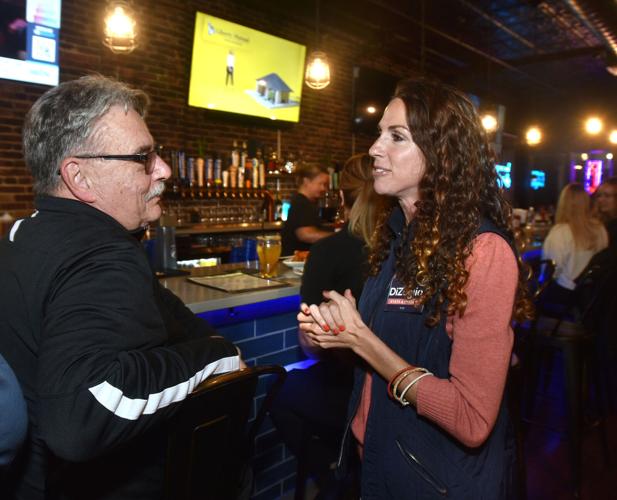 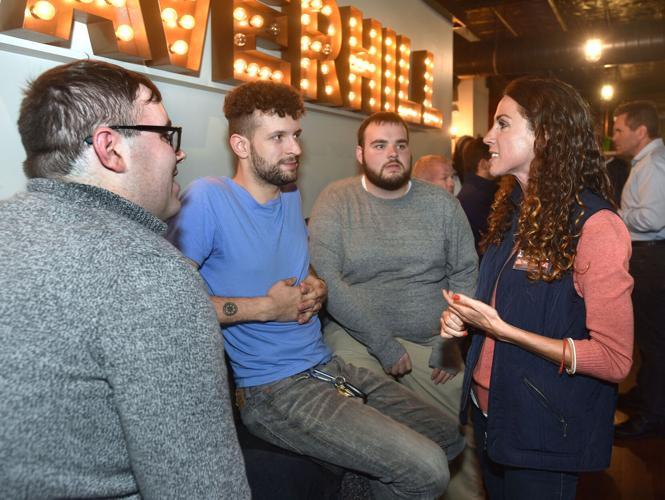 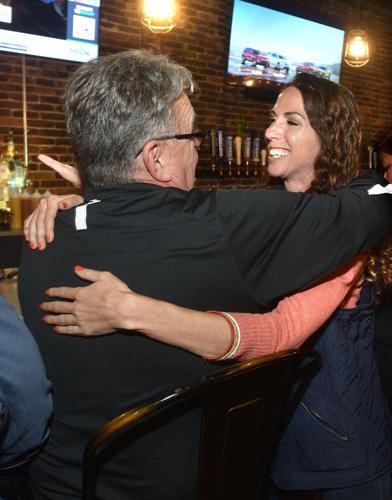 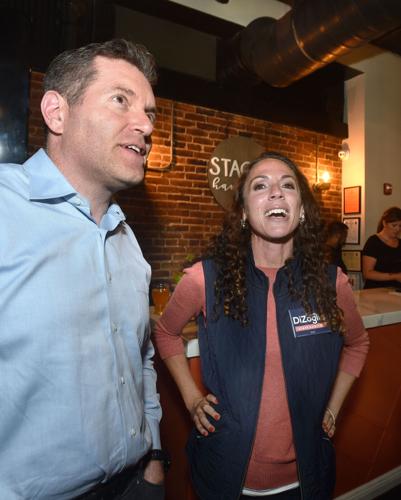 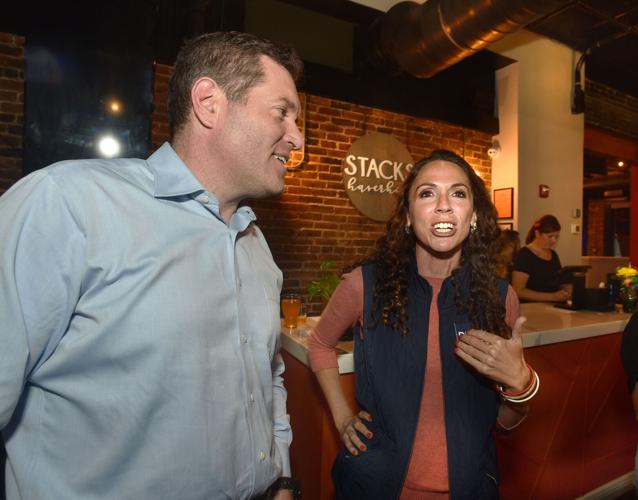 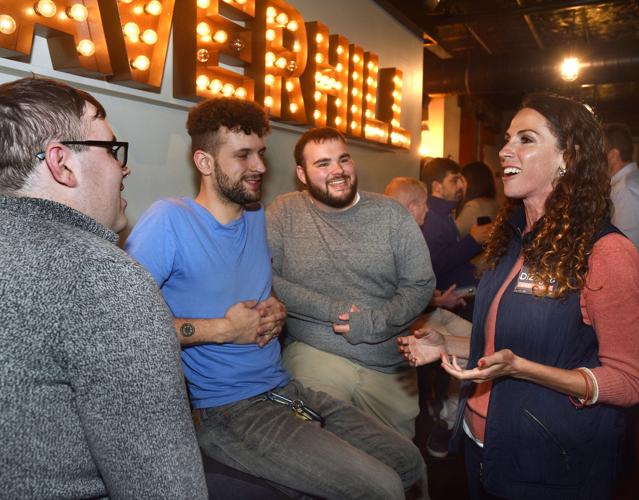 Diana DiZoglio greets her supporters, from left, Ian Rossi, Brandon LaPorte and Michael Rossi, all of Methuen, at Stacks Restaurant on Washington Street in Haverhill. 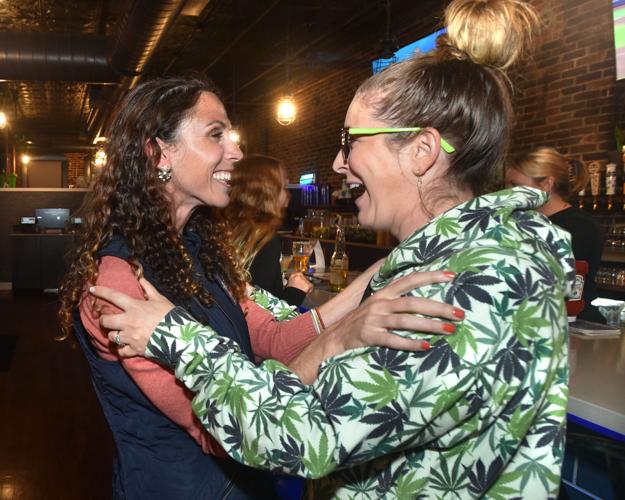 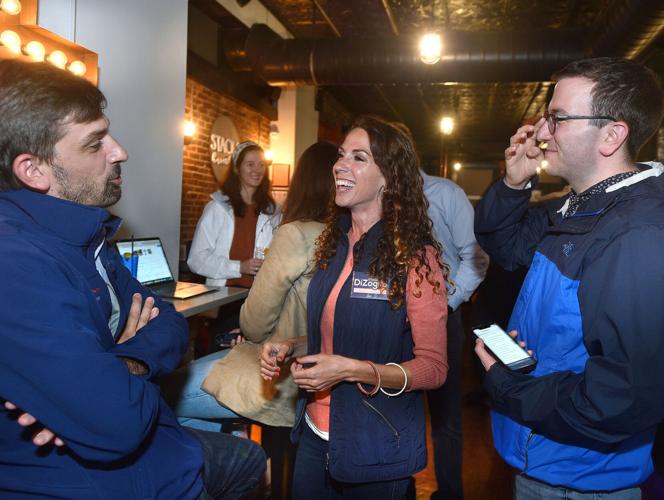 Democratic state auditor candidate Diana DiZoglio greets her supporters at Stacks Restaurant on Washington Street in Haverhill on Tuesday night. She was declared the winner about midnight.

Diana DiZoglio greets her supporters, from left, Ian Rossi, Brandon LaPorte and Michael Rossi, all of Methuen, at Stacks Restaurant on Washington Street in Haverhill.

DiZoglio had more than 51% of the votes to Dempsey’s 45.9% when the Associated Press called their race shortly before midnight.

The Methuen Democrat will now face Anthony Amore, a Winchester Republican, in the Nov. 8 general election. Amore was unopposed on Tuesdays ballot.

“Our campaign began way back in June of last year, built on a foundation of opening up state government to everyone — no matter our background, bank balance or zip code — and it’s been the guiding light of this journey,” DiZoglio said in a statement. “I’m so incredibly grateful to all the people we met with, learned from and worked alongside.”

On the campaign trail, DiZoglio argued she has more experience on Beacon Hill than her rivals and will bring accountability and transparency to the auditor’s office.

She has pledged to use the auditor’s job to expand her advocacy as a lawmaker on issues ranging from state spending and public records access, to nondisclosure agreements used to hide sexual harassment claims.

Dempsey, a Brookline Democrat making his first run for statewide office, campaigned on a platform of making state government more open and accountable to the public.

He pledged to use the agency to require the state to meet its carbon emissions goals and push for reforms to the State Police to improve financial accountability and public transit.

In a statement issued early Wednesday morning, Dempsey congratulated DiZoglio on her win and thanked his staff and supporters.

“While we came up short in this race, I am proud of what we have accomplished, building a grassroots campaign across the state with more than 2,400 individual contributors, a top-notch staff, and hundreds of volunteers,” he said. “I believe in a bright future for this Commonwealth and look forward to finding additional opportunities to contribute.”

Dempsey and DiZoglio clashed at several televised debates over issues ranging from which candidate has a better plan to fix the MBTA to who would do a better job of holding Beacon Hill accountable.

Often referred to as the “chief accountability officer,” the auditor’s role involves rooting out waste and corruption.

The office is tasked with reviewing the performance of state agencies and contractors, identifying fraud in public benefits programs, and working with cities and towns to gauge the impact of unfunded mandates.

The job pays a $190,000 salary, with benefits, and oversees an office with 200 full-time employees and a nearly $23 million budget.

It’s a rare occurrence that no incumbent is running for the job. The state has had just two auditors since 1986.

DiZoglio was seen as the underdog candidate in the race with Dempsey running with the endorsement of the current state auditor and other democratic big guns.

A recent UMass Lowell poll showed Dempsey leading DiZoglio 37% to 23%, with 37% of likely primary voters who were surveyed still undecided.

In a statement, Amore congratulated DiZoglio on her victory and said he looks forward to the race and making the case that the state needs an auditor who is a “watchdog of taxpayer dollars, not a political operative who on day one would be looking towards the next political office.”

“Now the real election can begin, and voters will have a choice between experience or the status quo,” he said. “My opponent has no experience doing audits and has never led a large organization, while I’ve done this for decades.”

For her part, DiZoglio responded that she finds it “incredibly unfortunate that my new challenger has already begun to launch attacks before the ink is even dry on our primary win. I’m used to men like him up on Beacon Hill trying to discredit the work of women like me and those who support me. I trust the savvy voters of Massachusetts recognize patronizing remarks when they read them.”

Christian M. Wade covers the Massachusetts Statehouse for North of Boston Media Group’s newspapers and websites. Email him at cwade@cnhinews.com.