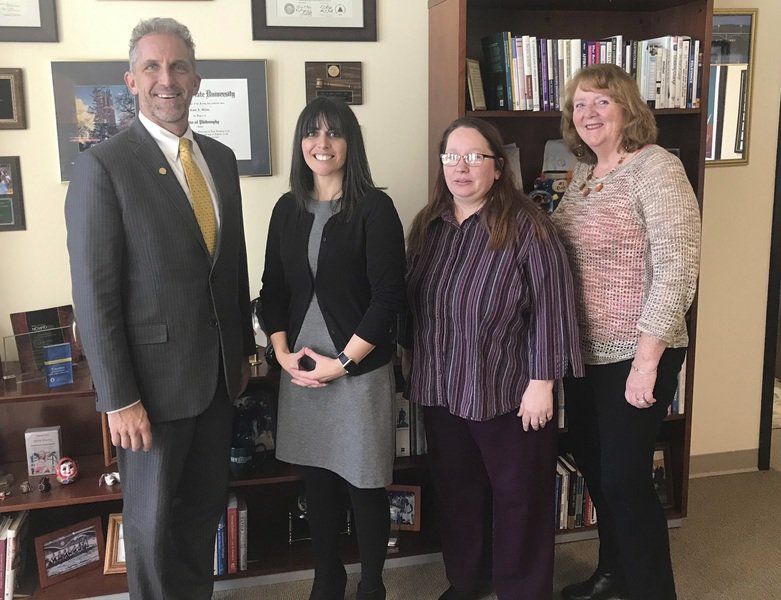 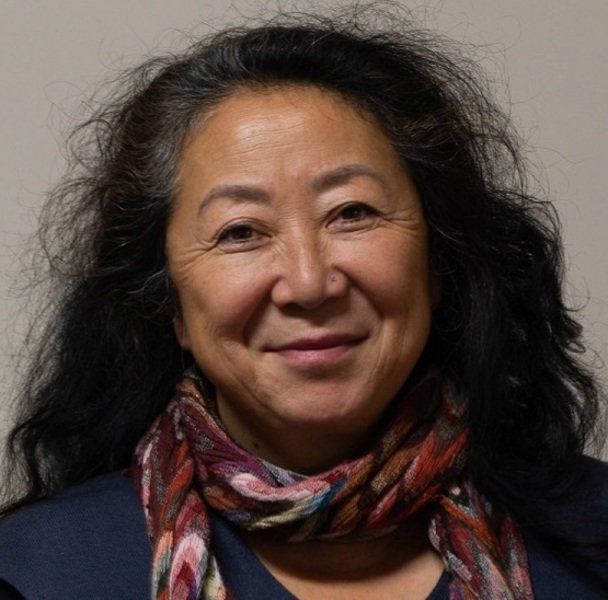 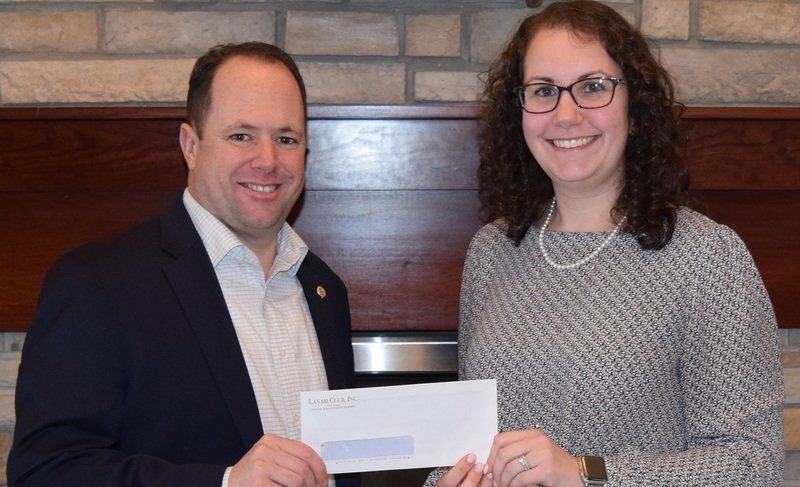 Courtesy photoLauren Brousseau, philanthropy manager of Home Health Foundation, accepts a check for $3,500 from Geoff Piva, general manager of the Lanam Club in Andover. The funds will benefit the High Pointe House in Haverhill, the hospice and palliative care residence of Merrimack Valley Hospice.

Courtesy photoLauren Brousseau, philanthropy manager of Home Health Foundation, accepts a check for $3,500 from Geoff Piva, general manager of the Lanam Club in Andover. The funds will benefit the High Pointe House in Haverhill, the hospice and palliative care residence of Merrimack Valley Hospice.

HAVERHILL – Members of the Lanam Club, a premier business and social club in Andover, recently donated $3,500 to High Pointe House in Haverhill. The licensed, state-of-the-art hospice and palliative care residence of Merrimack Valley Hospice provides a comfortable, home-like alternative to hospitalization for patients with life-limiting illnesses and their families.

The Lanam Club, which partnered with the Clive and Suzanne Fazioli Charitable Foundation and Flowers by Steve, raised the funds through its Fall Harvest event, featuring a three-course dinner prepared by Chef Richard Gianelly, dancing and a wine tasting.

Geoff Piva, general manager of the Lanam Club, said he expects the Fall Harvest to become an annual fundraiser.

“The members involved are supporters of High Pointe House and approached me to facilitate the event,” Piva said. “Lanam Club is always excited to give back to the community when possible.”

Hospice services are available to patients whose illness is no longer responding to curative treatment and palliative, or comfort care, has been chosen. Merrimack Valley Hospice provides the clinical excellence, services and support necessary to enhance the quality of life for patients so they can live their final days pain-free and with dignity.

“We are extremely grateful for the support of the Lanam Club and its generous members,” said Lauren Brousseau, philanthropy manager of Home Health Foundation, a member of the Wellforce Health System, which includes Home Health VNA and Merrimack Valley Hospice. “As a nonprofit agency, community support is critical in order to continue providing the highest-quality, compassionate care and bereavement services that our patients and their families require at this most vulnerable time in the lives.”

"We are very pleased to have Ms. Park join the Merrimack Valley Planning Commission as executive director,” said Planning Commission Chairman Robert Snow. "She brings extensive planning acumen as well as deep community, government, and business relationships. Theresa has significant knowledge and understanding of the Planning Commission’s work, as she was a senior planner here in the mid-1990s and served as a commissioner in more recent years. We are confident her tenure as executive director will strengthen the collaborative and cooperative development efforts with our member communities that are a hallmark of the agency."

Park was selected for the position from a field of 22 well-qualified applicants.

Park is a graduate of George Washington University with a Master of Urban and Regional Planning and of the University of Massachusetts Amherst with a bachelor’s degree in business administration. She also participated in a graduate program in international development at the University of Oslo in Norway.

HAVERHILL — Ruth’s House has named Gary Jaffarian of Jaffarian Volvo Toyota a member of its ambassador team. Ambassadors are the complementary partners to the board of directors. Ambassadors believe in and promote the mission, goals, and values of Ruth’s House and are the walking embodiment of the good that Ruth’s Place contributes to the community, Ruth's House officials said.

As an ambassador, Jaffarian is promoting a nonprofit referral: pick up a referral card at Ruth’s House and, while purchasing a new or used vehicle, hand the referral card to your salesperson and fill out an online form – and a $100 donation will be sent to Ruth’s House.

Three recognized for work at NECC

The Employee Recognition Award recognizes the many and varied contributions of the college’s nearly 700 employees. Employees are selected each quarter based on recommendations from supervisors and co-workers. Recipients receive a $150 certificate to the restaurant or mall of his or her choice.

Bixby, an academic adviser, was nominated by Stephanie Wares, NECC’s director of the Student Success Hub, who praised her, saying, “She is humble and is always willing to come in early and stay late.” Her nomination was supported by colleague Mike Rideout, transfer adviser, who wrote, “Martha is always friendly, cooperative, supportive, thoughtful, and professional…she is an unsung hero.” Vanessa Desani, academic adviser and community referral counselor, and Jayne Ducharme, academic advising coordinator, also supported the nomination.

An alumna of NECC, Bixby has worked at the college, in different positions, for 11 years. She earned two Associate of Science degrees from NECC including Computer Information Sciences: Computer Operations and Accounting. She earned a Bachelor of Science in Business Administration, a Master of Business Administration, and a graduate certificate in human resource management from Southern New Hampshire University.

She was nominated by Janel D’Agata-Lynch, coordinator of civic engagement, service-learning and community resources. “She has been a constant support and encouragement to the Office of Civic Engagement and Service Learning, working in and out of the classroom to expand civic inquiry and engagement opportunities for students.” The nomination was supported by Paula Richards, coordinator of the service learning faculty fellows program, and Janice Rogers, associate dean liberal arts and student success hub.

McManus, who has worked at NECC for five years, was nominated by Ashley Moore, director of academic, career, and civic engagement, who praised her for among other things “her consistently high on-the-job performance…she is also an excellent team player and she is committed to going the extra mile to make sure the work gets done.”

McManus earned a Bachelor of Arts in sociology and Spanish from the University of New Hampshire, a Master of Higher Education in Leadership from Merrimack College, and is a Certified Gallup Strengths Coach.

Originally built and developed by Joseph A. Pappalardo in the 1970s, the complex consisted of three separate buildings with a total of approximately 60,000 square feet.

Originally marketed and proposed for sale as a total package of the three buildings, the complex was converted into three separate buildings with common area access, and sold to three individual buyers. Sale price according to the Registry of Deeds for the three  buildings was $4.72 million.