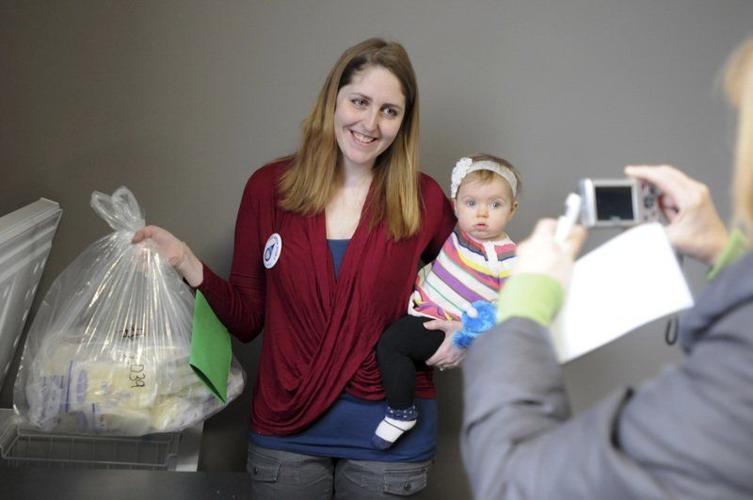 Gayle McGlaufin of Topsfield with her daughter, Ayla, 9 months, during a press event, donating her breast milk to a newly opened milk bank in North Andover at Accelleron Maternal Health. 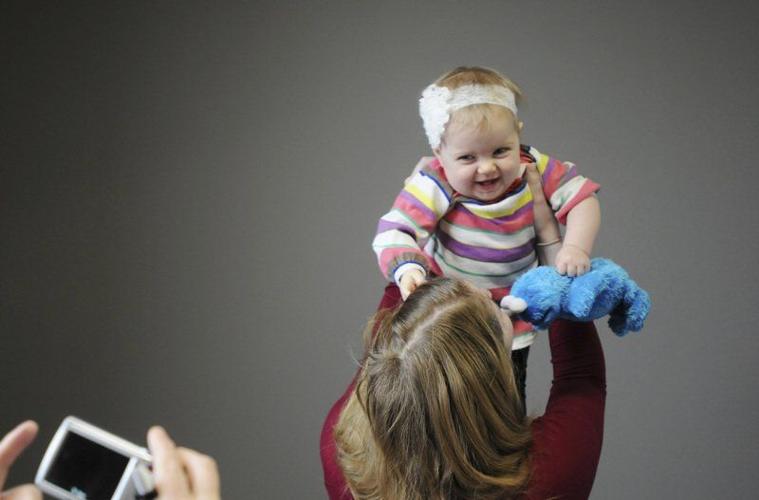 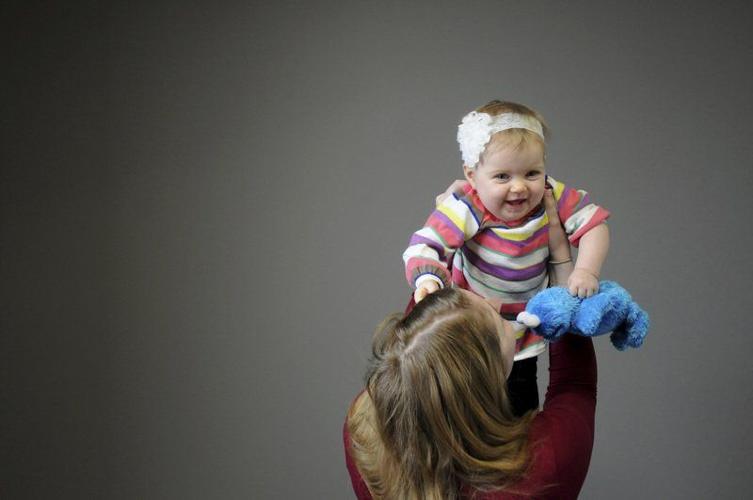 Gayle McGlaufin of Topsfield with her daughter, Ayla, 9 months, during a press event, donating her breast milk to a newly opened milk bank in North Andover at Accelleron Maternal Health.

NORTH ANDOVER — Two companies joining forces to better serve customers are about to do some sick babies lots of good.

Working with Mother's Milk Bank Northeast — a nonprofit organization operating under the guidelines of the Human Milk Banking Association of North America — Acelleron Maternal Health will collect milk from mothers, which is then pasteurized and donated to babies in need.

Now, local mothers who want to donate their milk have a nearby drop-off site, instead of requesting the shipping tools and sending it out to  the milk bank's Newton location themselves.

The path to this bank all started two years ago.

Acelleron then started selling breast pumps along with the nebulizers. Jonathan Herman, chief operating officer of Preferred Home Healthcare, said Acelleron has become one of the top distributors of breast pumps since the merger.

"We wanted to be more than 'Here's your breast pump. See you later,' " Canzano said. "Then I came across a business called Maternal Health and Wellness."

Canzano connected with Vecchi, and formed an unofficial relationship where they recommended each other to their clients.

"Suzy saw instantly there was a need for this," he said.

"My clients were really struggling to get their breast pumps," added Vecchi, who now serves as Acelleron's director of maternal wellness. "The timing was so right for that to happen."

In March 2014, the two companies officially merged, and last August they moved into their new North Andover location.

"We feel we are far different than our other competitors," Canzano said. "This is really something special here."

Having a local drop-off site for breast milk donating will make a huge impact on milk connection for babies who are sick or otherwise unable to feed from their mothers.

"It makes it that much easier for (the nursing mothers)," Megan O'Neill, director of lactation support said.

Last year she attended an informational session on milk banking and thought it would be another great resource to provide the clients.

"I think it's something on the rise now, and I'm glad we can be a part of it before it becomes really popular," O'Neill said.

With moving into their new space, Acelleron Maternal Health and Wellness added several new services joining the milk bank. The variety of classes have expanded — including some for children. The company also incorporated a breast pumping room and a store that sells everything from designer breast pump bags to natural remedies for pregnant women.

History: The first milk bank opened in Vienna, Austria in 1909. It was common for wealthy families, in earlier years, to hire a "wet nurse" who breast fed and took care of their babies. The first milk bank in America opened in 1911 at the Boston Floating Children's Hospital, which is now a part of Tufts New England Medical Center.

How to become a donor: There's a 10 minute phone interview to go over your medical history, followed by a blood test. Once approved, a milk pickup date is scheduled. All donors must agree to donate a minimum of 150 ounces of milk.

Who is eligible: Premature babies; babies with allergies, formula intolerance, immunologic deficiencies, or an infectious disease; babies who were adopted, have same-sex parents or have a mother who cannot produce enough milk, is medicated or has a chronic disease.