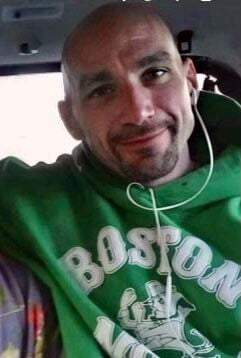 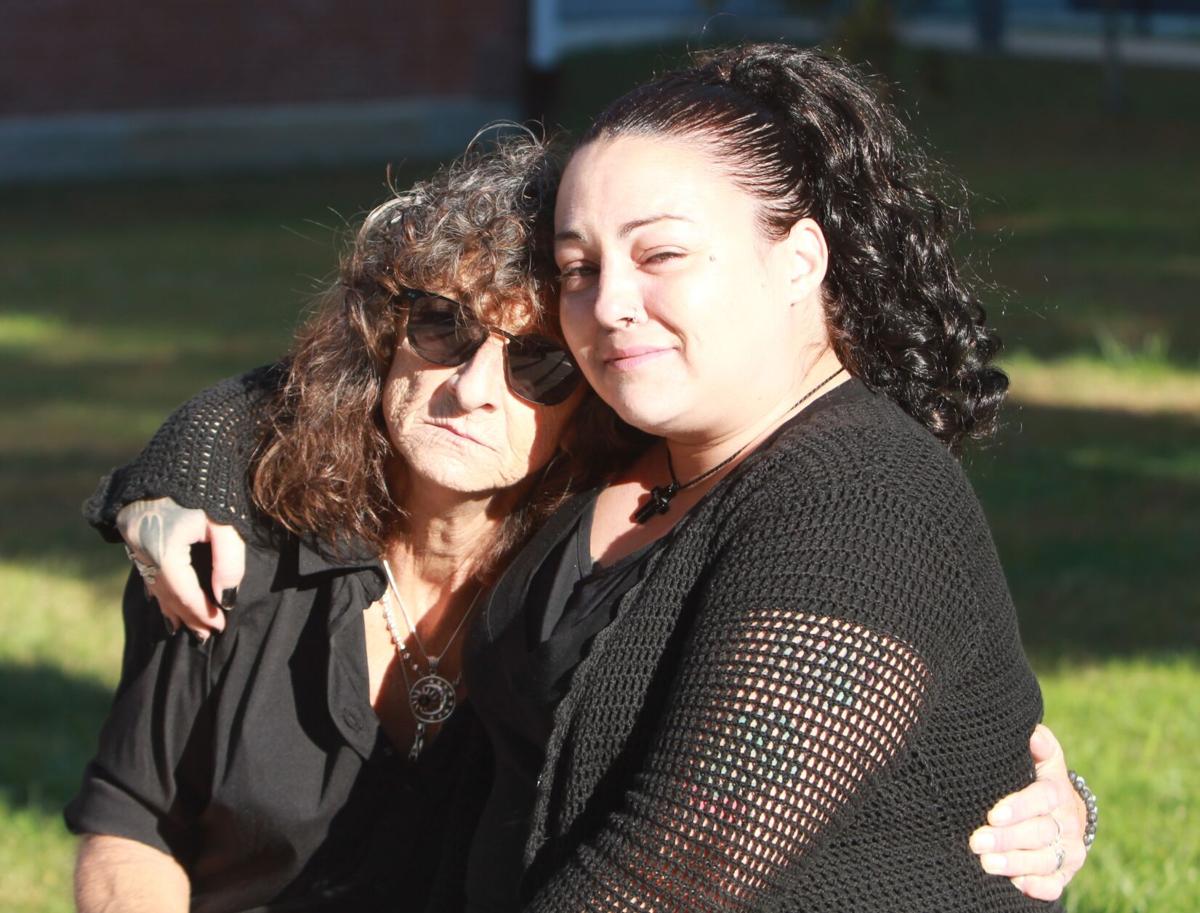 Nancy Carvalho, left, and her daughter Fallon Carvalho, stand outside Salem Superior Court where Carlos “Chin” Rivera is on trial for the 2018 murder of Nancy’s son, Jeffrey Larkin.

SALEM, Mass. — Standing outside the trial of Carlos “Chin” Rivera of Haverhill, who is charged in the 2018 murder of Jeffrey Larkin, the victim’s mother and sister talked about their loss.

“I want people to know that Jeffrey struggled with mental illness for a long time,” Nancy Carvalho said Friday morning about her son.

Larkin’s sister, Fallon Carvalho, said the world lost a son, a brother, an uncle and a father of two children.

“He wasn’t on the right path at that moment in his life, but no one had the right to take him from his path,” she said. “Justice would be for the man who killed Jeffrey to sit in a cell every day and think about how he killed my brother because he felt disrespected.”

On Sunday, May 6, 2018, just before 11 a.m. Haverhill police officers found Larkin on the ground with a bullet wound in his chest.

Rivera, 42, who police said goes by the nickname “Chin,” has been charged with Larkin’s murder, along with additional charges of possession of a loaded firearm and carrying a firearm without a license.

During questioning Friday on day three of the trial, Carly Carney, 48, of Haverhill, said she had been living with Larkin, who went by the street name “Dirty,” in a bedroom he rented. She said he supported himself by selling drugs, even keeping two separate phones.

Carney said that on the day Larkin was killed, her daughter Sky Stefanelli, purchased two, $40 bags of crack cocaine from Larkin, for the discounted price of $70. Her daughter needed the other $10 for gas, she said.

Carney said she and Larkin argued so much about the money that she packed her bags and left to stay with a friend.

Carney said she was in the back seat of Stefanelli’s car with Rivera in the passenger seat, when Stefanelli pulled into the parking lot of a pub in Lafayette Square, where they watched as Larkin walked past, pause to smoke crack, then continued up Winter Street.

Carney said Stefanelli and Rivera talked about how they felt used by Larkin, who’d they driven to deliver drugs, and how Rivera felt disrespected.

Stefanelli turned onto Winter Street, she said, as Stefanelli and Rivera began looking out their windows “obviously” searching for Larkin.

“We turned onto Locust Street where I got out and Sky dropped my bag on the sidewalk,” Carney said.

She had walked to a friend’s apartment nearby when they heard the gunshots.

“A few minutes after that Sky called me to say, ‘you might want to go check on your friend,’ then she hung up,” Carney said.

Rivera’s lawyer, Edward Hayden, pressed Carney on statements she made to police, including one he said conflicted with what she told the jury about her movements on the day of Larkin’s murder. Carney said she must have misunderstood what police had asked her.

“Sky spent a lot of time that day trying to buy drugs from Jeffrey Larkin, yet you said Chin (Rivera) is a drug dealer,” Hayden pointedly told Carney.

“I don’t understand it,” Carney said as to why her daughter didn’t buy the drugs from Rivera.

Melissa Joslin also testified Friday that Stefanelli had been living with her and her children.

Joslin said Stefanelli had left Saturday, the day before Larkin’s death, and returned in the early morning hours of Monday, May 7 with Rivera.

“At 6 a.m. I was awoken by cops, who were looking for someone who committed a homicide,” Joslin said. “I let police in and they found Rivera hiding behind a door in Sky’s bedroom.”

Joslin testified that later Tuesday morning, her 10-year-old son found an iPhone under a couch in their living room, displaying the message: “Dirty is dead ... don’t call the business number.”

"He wasn't on the right path at that moment in his life, but no one had the right to take him from his path," — Fallon Carvalho, about her brother, Jeffrey Larkin who was murdered in 2018.