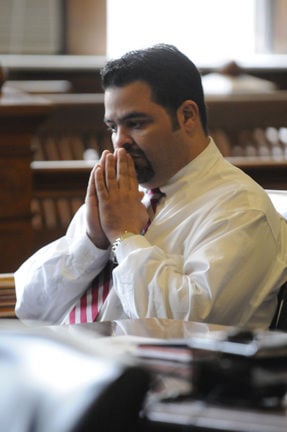 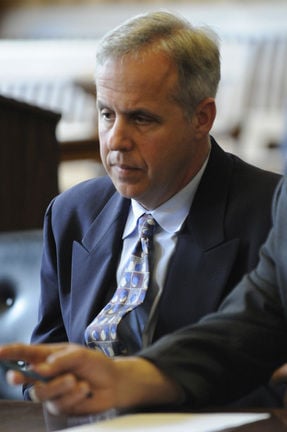 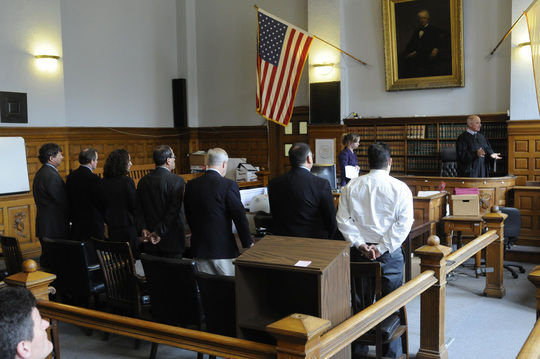 The three defendants in the auto insurance fraud trial and their attorneys stand as the jury reads the verdict in Salem Superior Court yesterday. All were found guilty on all charges. 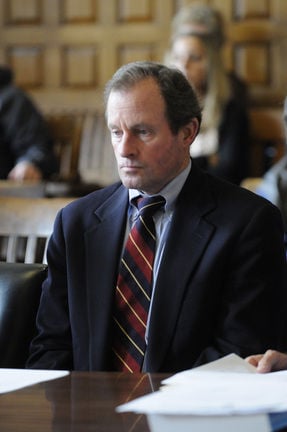 The three defendants in the auto insurance fraud trial and their attorneys stand as the jury reads the verdict in Salem Superior Court yesterday. All were found guilty on all charges.

SALEM, Mass. — It took a jury 20 hours over four days to find an Andover lawyer, a North Andover chiropractor and a chiropractic clinic's van driver guilty of a crash-for-cash scheme.

The jury of nine men and three women concluded that Andover attorney James C. Hyde and Dr. Michael H. Kaplan, owner of Kaplan Chiropractic Office in North Andover, paid to have clients referred to them by so-called "runners" who they knew set up "paper" accidents that never happened, except on claims and other documents filed with insurance companies who paid out more than $130,000.

The jury also convicted one of Kaplan's van drivers, Omar Castillo, who was accused of helping to set up one of three crashes in late 2002 which were the basis of the 2008 indictments by a grand jury probe initiated by the state Attorney General's office.

Judge Howard Whitehead sentenced Hyde and Kaplan to 2 1/2 years apiece in jail — comparable with the highest punishment received by any of the professionals convicted in connection with the area's ongoing auto insurance fraud crackdown.

Castillo also received a 2 1/2-year sentence, but the judge said he will only have to serve nine months — consistent with other non-professionals who got jail time in connection with the phony accident crimes.

At the request of the defense lawyers, Whitehead stayed the sentences of all three men, pending the outcome of their court appeals. If the verdicts are upheld, they could take a year or two before the sentences are imposed.

However, the judge ordered the defendants to report weekly to the probation department. He also noted that the matter of restitution for the insurance fraud crimes and pending conspiracy charges will be determined at a future court hearing.

Former state Attorney General Tom Reilly, who served two terms as attorney general and was serving when prosecutors from his office launched the initial probe of the accidents in 2006, was in the courtroom yesterday when the verdicts were announced.

Reilly, who was at the courthouse on unrelated business, decided to watch the outcome of a case that began during his final year as attorney general.

Castillo, 38, of Methuen, was convicted on two charges: motor vehicle insurance fraud and larceny over $250 for the Dec. 20, 2002 accident he allegedly helped set up.

During a motions hearing, Morris later asked the verdicts be set aside, protesting there was no evidence his client received any money, other than "referral money" paid by Hyde.

"The evidence was based on a bunch of individuals who got sweet deals," Morris said, referring to key prosecution witnesses who testified during the 16-day trial that spanned over five weeks.

Boston lawyer David E. Meier — who represents Hyde — argued "there was insufficient evidence to send the case to the jury." Meier predicted that the case against Hyde will be overturned on appeal, insisting the prosecution's case lacked direct evidence that would have allowed "a rational jury" to conclude "beyond a reasonable doubt" that Hyde was guilty.

"I would not have sent the case to the jury if it was questionable," Whitehead said in denying the motions to set aside the jury verdicts.