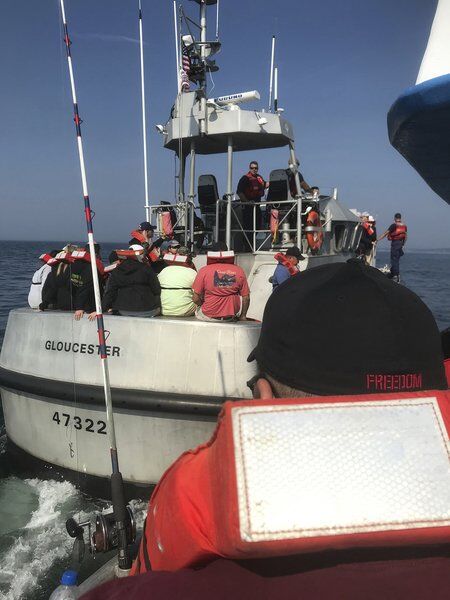 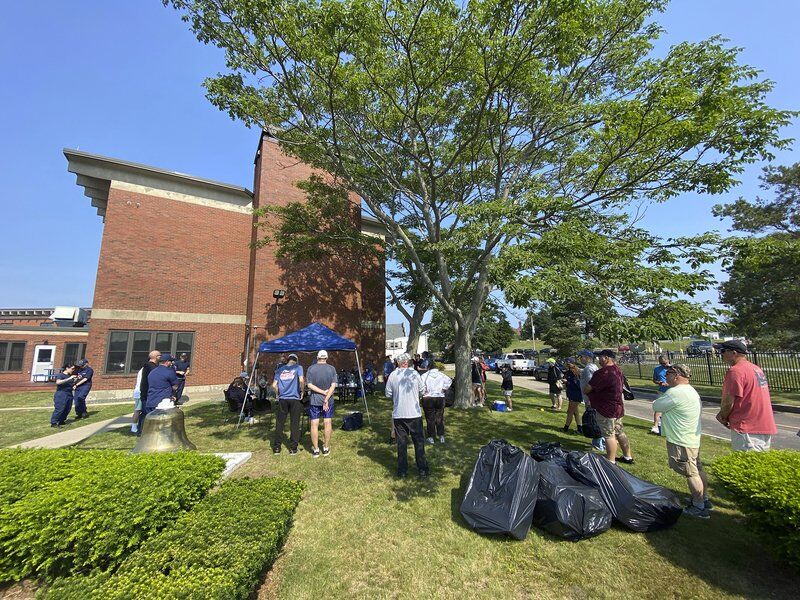 U.S. Coast Guard/Courtesy photoThe Coast Guard removed 40 passengers from the Yankee Patriot II for safety reasons and brought them back to Station Gloucester on Harbor Loop. They disembarked safely with no injuries reported.

U.S. Coast Guard/Courtesy photoThe Coast Guard removed 40 passengers from the Yankee Patriot II for safety reasons and brought them back to Station Gloucester on Harbor Loop. They disembarked safely with no injuries reported.

GLOUCESTER — Forty passengers were pulled off a local charter boat Wednesday morning after the captain initially suspected a fire in the starboard engine of the 60-foot Yankee Patriot II.

Tom Orrell, owner and operator of the Yankee Fleet, later said there was no fire aboard the vessel and what the crew of four perceived as smoke actually was steam from a ruptured coolant hose.

“The captain did the right thing by assuming the worst-case scenario and reporting a possible fire,” Orrell told the Gloucester Daily Times newspaper. “But it was just basically a lot of steam. They couldn’t get down there right away to check it. It was like a big steam bath down there.”

No injuries were reported among the 44 people on the boat, the Coast Guard said.

The Coast Guard received a call at 8:40 a.m. on Channel 16 from the charter boat’s crew that the vessel’s starboard engine was on fire, according to Gloucester Harbormaster Thomas “T.J.” Ciarametaro.

The Yankee Patriot II, which has been part of the Yankee Fleet for three years, was outward bound on a 4½-hour fishing trip when the incident occurred about 2 nautical miles east of Good Harbor Beach.

Ciarametaro said the vessel’s fire suppression system had activated before his crew and the Coast Guard arrived.

To be safe, the Coast Guard removed all 40 passengers from the boat and brought them to Station Gloucester on Harbor Loop. Orrell met them with the trip manifest to make sure they could account for all 40 passengers and the four crew members.

“Everybody was safe and nobody panicked,” Orrell said. “The Coast Guard response was phenomenal and the harbormasters were wonderful.”

Petty Officer Ryan Noel of the Coast Guard’s Boston press office said the passengers were split between the two 47-foot motor lifeboats for the trip back into Gloucester.

Meanwhile, the harbormasters and the Station Gloucester crew aboard the 29-footer escorted the Yankee Patriot II, traveling with its crew under its own power on its port engine, back to the Inner Harbor. The vessel is now docked at the St. Peter’s Wharf off St. Peter’s Square, where it usually ties up.

The Coast Guard’s initial investigation determined there was no fire, according to Ciarametaro, but the broken line sprayed coolant on the boat’s motor and caused it to produce steam.

“I would like to commend this captain for his quick thinking,” the harbormaster said.

“Fortunately, there was no fire. However, the captain acted appropriately and worked swiftly to respond to a situation that appeared to be very dangerous.”

Staff Writer Andrea Holbrook contributed to this story by Sean Horgan. Horgan at 978-675-2714, or shorgan@gloucestertimes.com. Follow him on Twitter at @SeanGDT