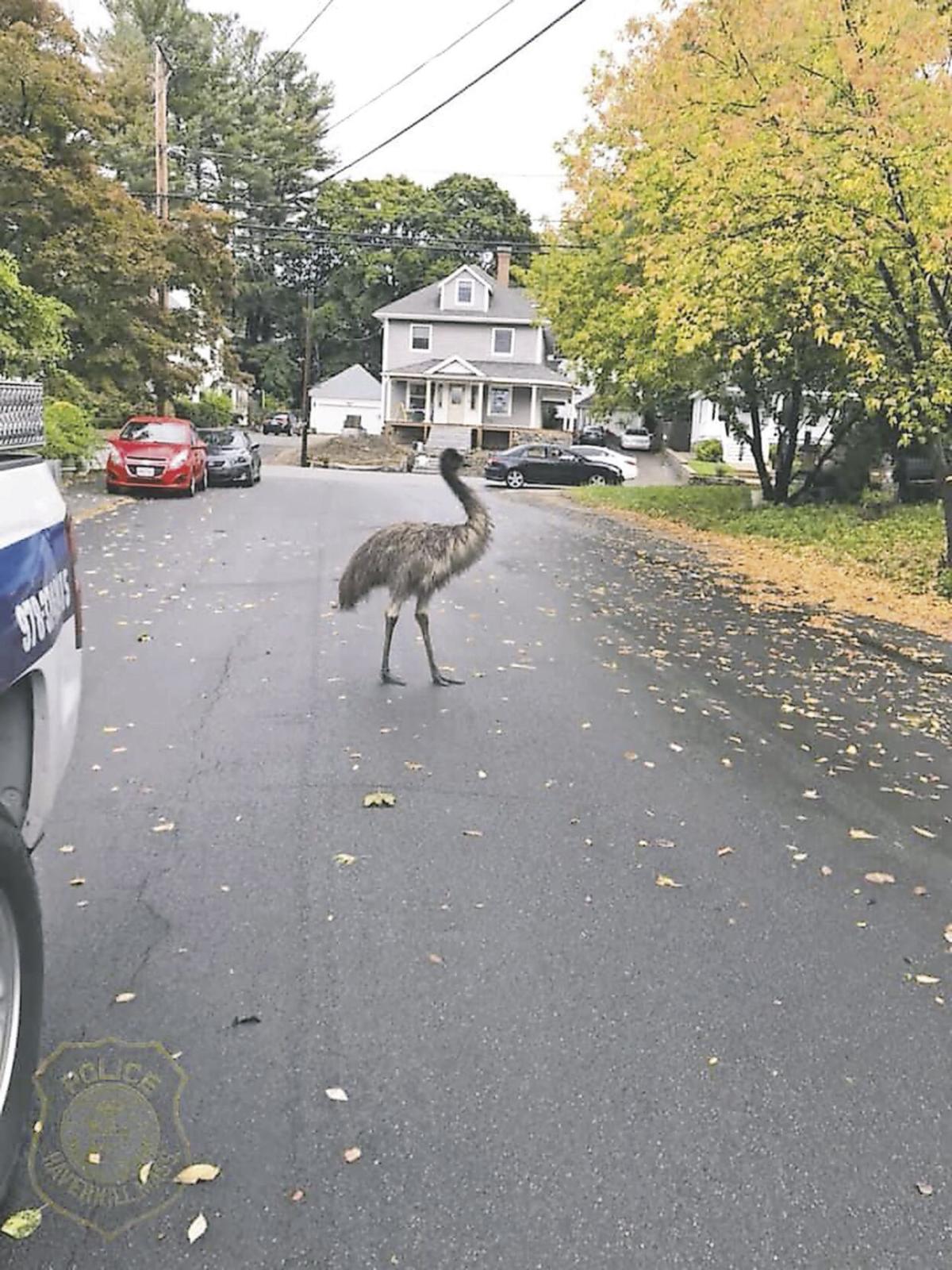 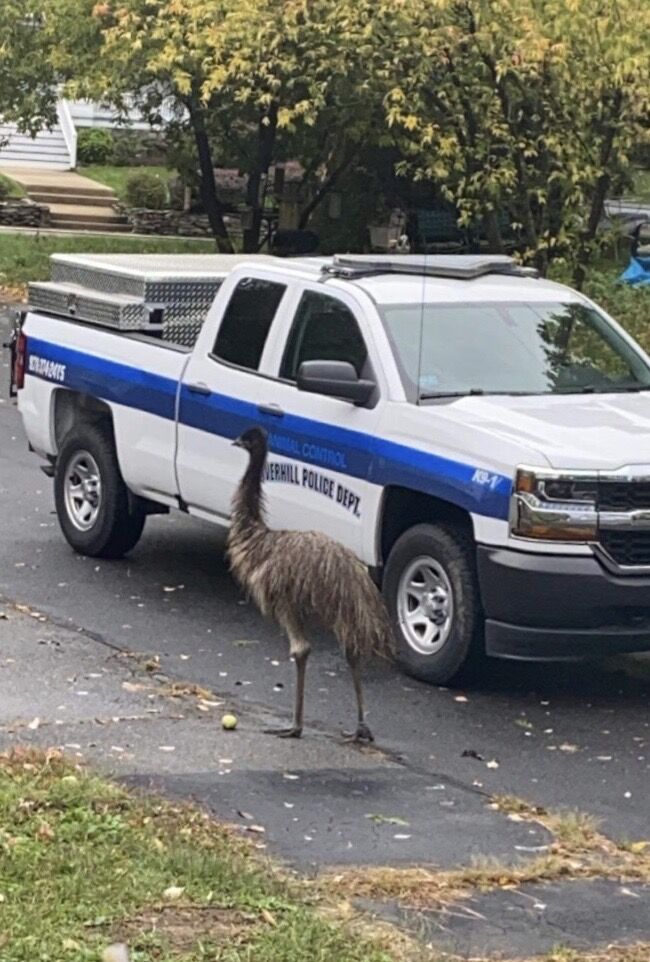 This emu on the loose on 17th Avenue in Haverhill was captured Wednesday morning by the city's animal control officers, with help from the MSPCA, police said.

This emu on the loose on 17th Avenue in Haverhill was captured Wednesday morning by the city's animal control officers, with help from the MSPCA, police said.

The tall, unusual bird was roaming the neighborhood on its own — not as part of the insurance company's TV commercial featuring a police officer whose partner is an emu.

The big bird escaped the back yard of a Walnut Square neighbor who was preparing to take the animal to a farm in Maine, where it could live comfortably.

The bird later took strides on its long legs over to nearby 17th Avenue, where it was met by police and animal control officers, eyewitness Brianna Smith said.

"Animal Control called all the farms in Haverhill and it didn't belong to any of them," said Smith, who lives in Bradford and was visiting relatives on 17th Avenue. "The animal control officer Michelle (Cannon) and police officer (Christopher) Landers handled it (the situation) very well."

In a social media message, Haverhill police said the emu was safely captured by Cannon as of 11:30 a.m.

"In her decade plus of service to the City of Haverhill, Animal Control Officer Cannon has responded to incidents involving a wide variety of animals, from common domestic animals to moose and bear," the post read. "Earlier this morning on 17th Avenue, she added an emu to that list. With the assistance of patrol officers and the MSPCA, the bird was safely corralled."

The emu named Kermit was being handled by a Haverhill woman who temporarily cares for animals in need of homes. On Wednesday morning, the woman was in the process of transporting Kermit to a farm in Maine when the bird tried to make a quick getaway. According to a resident who saw the incident, a gust of wind blew open a gate to the property where the bird was being held, and Kermit ran.

The bird calmed down after being given a pear from a nearby pear tree and was carried to safety.

MSPCA Nevins Farm Communications Director Rob Halpin said staff from the Methuen location was sent to Haverhill to help with the capture. Their help was not needed, however, as the emu was corralled safely before the Nevins staff arrived.

Emus are the second largest bird by height in the world, commonly reaching slightly more than 6 feet tall. The ostrich is the tallest bird.

Emus can run up to 31 mph, but cannot fly. They make grunting and booming sounds. They are not known to be aggressive toward people. If cornered they kick to protect themselves.