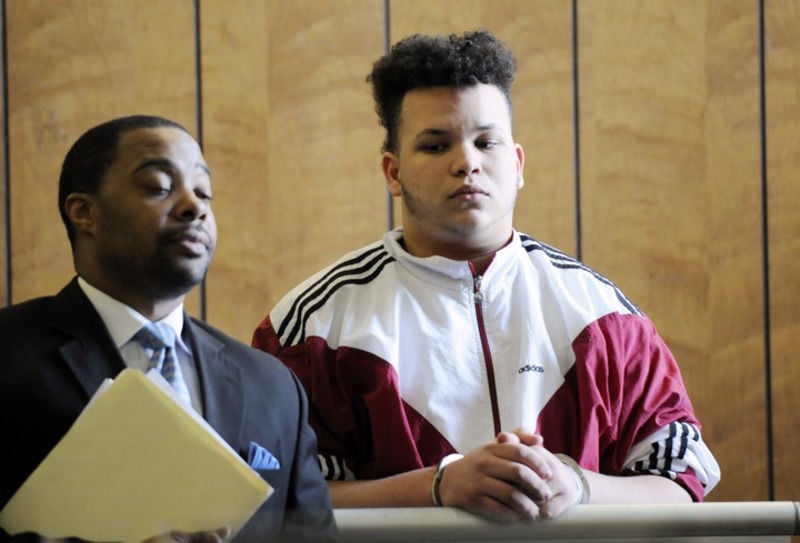 Joan Manuel Mendez-Sanchez with his attorney during his arraignment in Haverhill District Court. 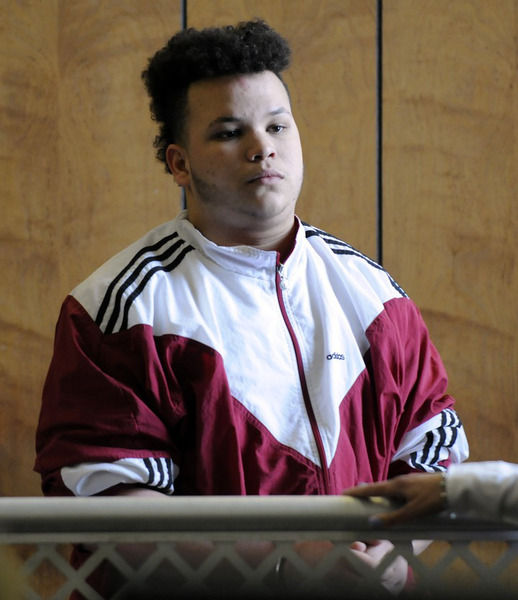 Joan Manuel Mendez-Sanchez with his attorney during his arraignment in Haverhill District Court.

HAVERHILL — Police have charged a 19-year-old Haverhill High School senior with stabbing two men with a machete after a dance party erupted into a fight between two gangs.

Witnesses told police some people received electric shocks from Tasers during the fight, while several were attacked by a man wielding a machete. Three other suspects are being sought in connection with the stabbings, which took place late Friday night, police said.

According to police, witnesses said Mendez-Sanchez is a member of the Trinitarios gang — a well known Dominican gang that uses machetes as their primary weapon, police said.

At his arraignment yesterday in Haverhill District Court, Mendez-Sanchez was ordered held without bail pending a dangerous hearing scheduled for Tuesday. That hearing will determine whether he is too dangerous to be set free on bail.

School Superintendent James Scully said Mendez-Sanchez is member of the Haverhill High Class of 2014 and that he is in his second year at the school.

“Until this matter is resolved, he will not be allowed back into Haverhill High,” Scully said following yesterday’s court hearing.

According to a police report on file in Haverhill District Court, witnesses gave conflicting estimates of the number of people who attended a dance party at 528 Hadley West Drive, part of a large apartment complex, that began about 9 p.m. on Friday. Estimates ranged from 30 to 100 people and witnesses said the event was advertised on Facebook as a “Small Jam.”

A 25-year-old woman who rents the apartment told police her brother and his friend hosted the party and that after she arrived home at about 11 p.m., she asked people to leave when a fight broke out. A 17-year-old told police the fight started when her boyfriend caught her dancing with Mendez-Sanchez and became jealous. Witnesses told police the fight continued outdoors and more people arrived. The fight involved members of two gangs, police said.

A pregnant 16-year-old told police she was pushed during the fight and was feeling pain in her abdomen. Police said the teen was taken by ambulance to Merrimack Valley Hospital as a precaution.

A police booking report describes Mendez-Sanchez as 6 feet tall, weighing 200 pounds and having a tattoo of praying hands as well as one that says “Made in Dominican Republic” on his left arm.

While interviewing witnesses at the scene of the fight, police were notified that two males, 19 and 21 years old, both from Lawrence, had arrived at Merrimack Valley Hospital with multiple stab wounds. One of the victims told police that Mendez-Sanchez was a member of the Trinitarios and that his gang had “just walked up to his group and attacked them outside of 528 Hadley West Drive,” according to a police report. Both victims were later tranferred to Boston hospitals for injuries that police said were serious, but not believed to be life threatening.

Around the same time, police dispatch received two reports of a man bleeding in the street in the 700 Washington St. area. Police said the victim, a 16-year-old Haverhill boy, had a laceration on his back and was taken by ambulance to Lawrence General Hospital, where he was treated and released. The boy told police he was at another apartment in the Hadley West complex when he saw some of his friends fighting. He said he went to help them when a man he could not describe sliced his back with a machete.

Following an investigation into the stabbings, police obtained a warrant for the arrest of Mendez-Sanchez. On Saturday about 6:30 p.m., officers visited his home and spoke to his mother, who said he was not there but that she would contact him and bring him to the police station.