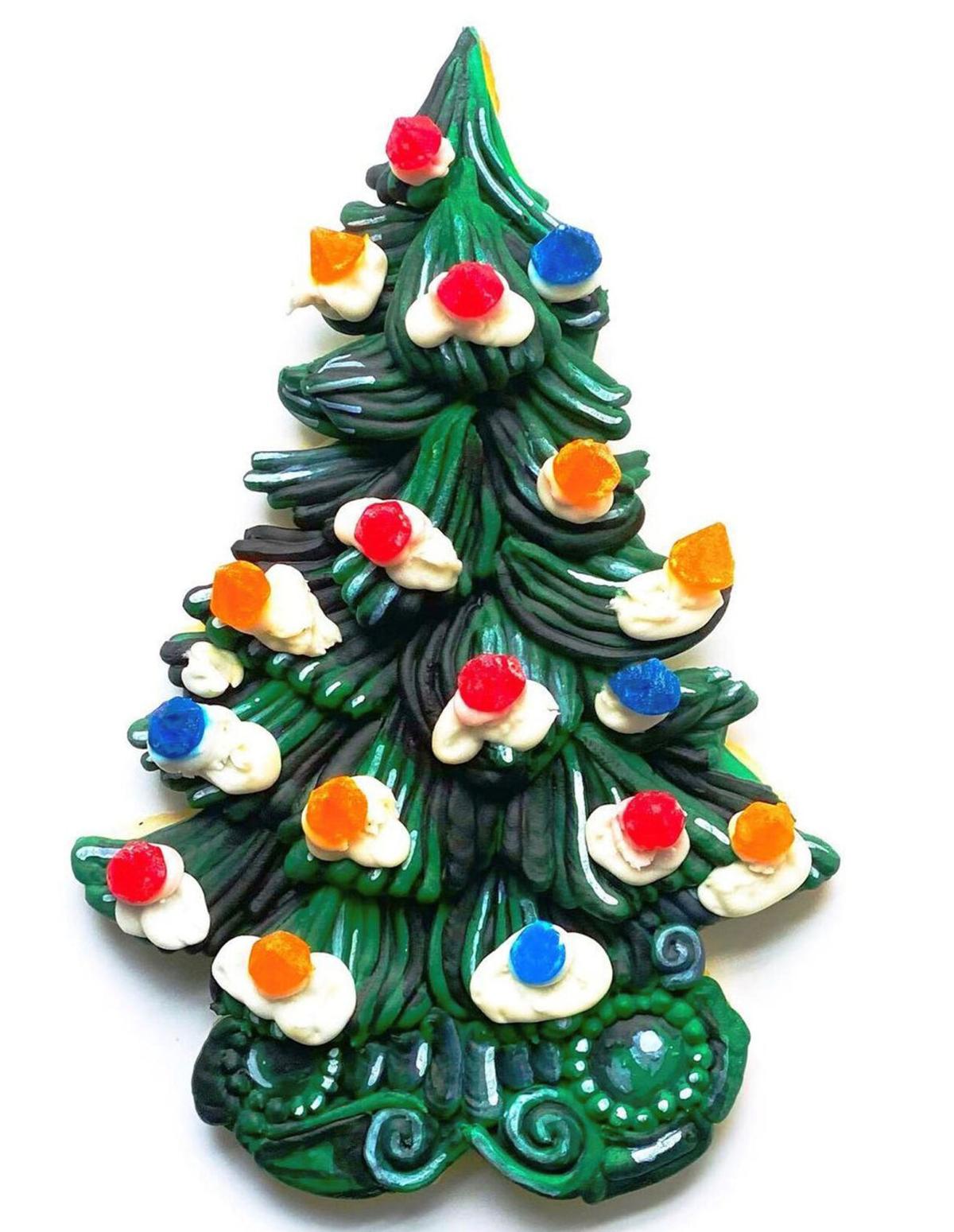 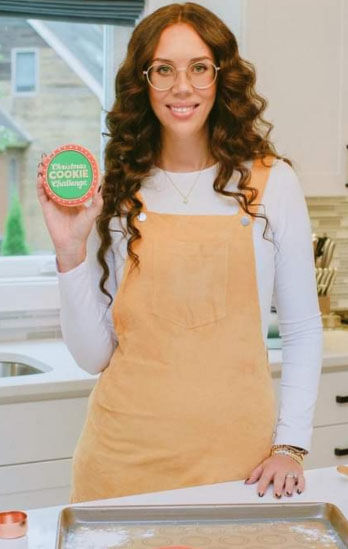 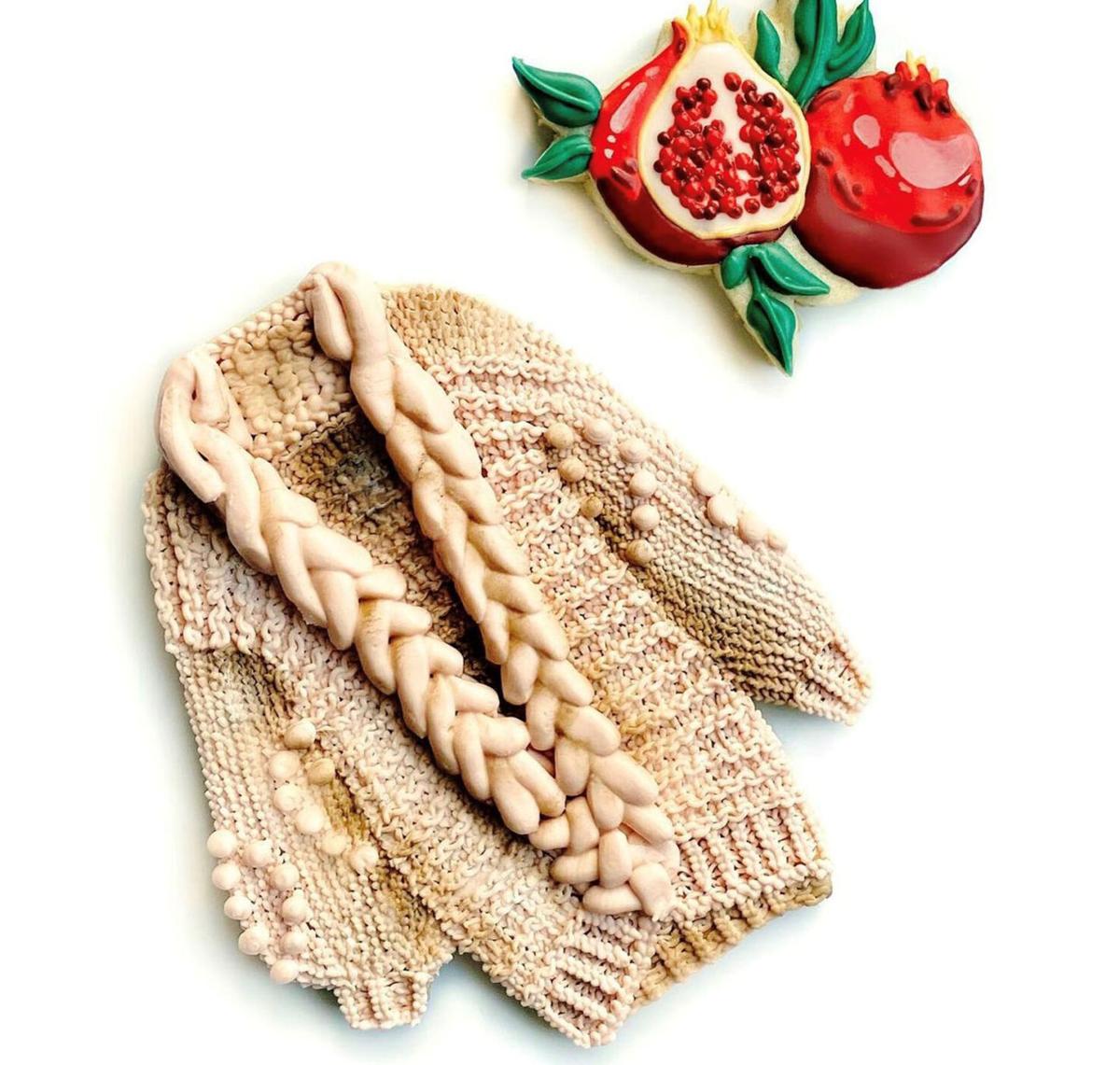 HAVERHILL — Jessica Ingemi of Haverhill approaches her cookie designs like a jeweler crafting ornaments that look just too good to eat.

Her fanciful creations spring from her imagination and include designs such as an Irish cable knit sweater, a pomegranate bursting with plump red seeds and a cherry pie with delicate lattice crust.

On Thursday night, the public will get a glimpse of her craft when she competes in a Food Network TV show called the “Christmas Cookie Challenge.”

“After doing all sorts of different things for years, I consider making cookies my alone time,” she said. “Especially during COVID as finding a hobby that is meaningful and also brings joy to friends and family in the form of something they can eat is just a plus.”

Her Instagram page has more than 8,000 followers and is a way for her to showcase her art and connect with other home bakers.

“Earlier this year I was contacted via social media to audition for the show,” she said. “At first, when the talent person reached out to me I thought it was fake.”

Shortly after that first conversation, she connected with representative of the show via Facetime and was asked about her hobby and her thoughts about Christmas. A month passed then came more conversations and an explanation of what the show was looking for.

“I showed them what I made and they were surprised and impressed,” she said.

After entering the workforce and starting to raise a family, she set her creativity aside. Ingemi works in sales for a local pharmaceutical company.

“About 10 years ago I started baking cookies for our children’s birthdays and over time I got better and better and started turning my cookies into art,” she said.

Her fanciest designs, which can take hours to make, are preserved in a painted resin for display in her home and as gifts. She makes less ornate but still eye-pleasing cookies for weddings and various family events.

Most of them are traditional butter sugar cookies, but as the holiday season approaches, her flavors include chocolate peppermint and butter pecan.

With a full-time job and raising three children, baking and decorating cookies became a fun hobby that turned serious several years ago.

“All the while my husband was in full dad mode,” she said. “He works full time too so it has been challenging.”

In April she hopped on a flight to Knoxville, Tennessee, to film an episode of the show.

Although she was there for several days, the competition played out over a single day.

“We started with five competitors with a 90-minute decorating challenge where two people were eliminated, then three bakers went on to a 2 1/2 hour cookie structure challenge, followed by the announcement of a winner,” she said.

All of the cookie creations were judged on taste, texture, design and their connection to Christmas. Due to the show’s rules, she can’t reveal the winner until her episode airs.

“At home, it often takes hours to decorate a single cookie, but during the competition, time was a big factor,” she said. “With three kids I’ve learned to be a pretty good multi-tasker but there was a lot of pressure.

“I wanted to prove I could do this for myself and for all the women who think their hobby is silly or that they can’t take time for themselves.”

She said her participation in the competition taught her how to reach for new experiences and opportunities that may come her way.

“I learned a lot about myself and I made new friends,” she said “Now I can say I baked on the Food Network. I took a chance and I’m glad I did it.”