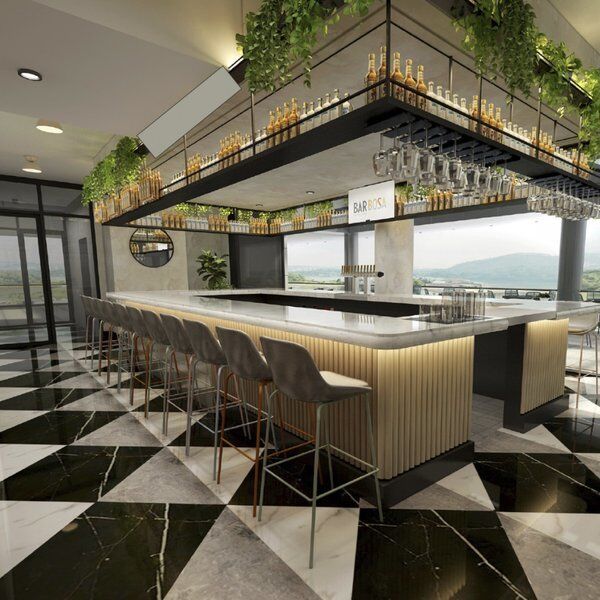 Courtesy photoBar Bosa is the rooftop bar on the 10th floor of The Heights at Haverhill, located at 120 Merrimack St. The bar is expected to open in spring 2021. 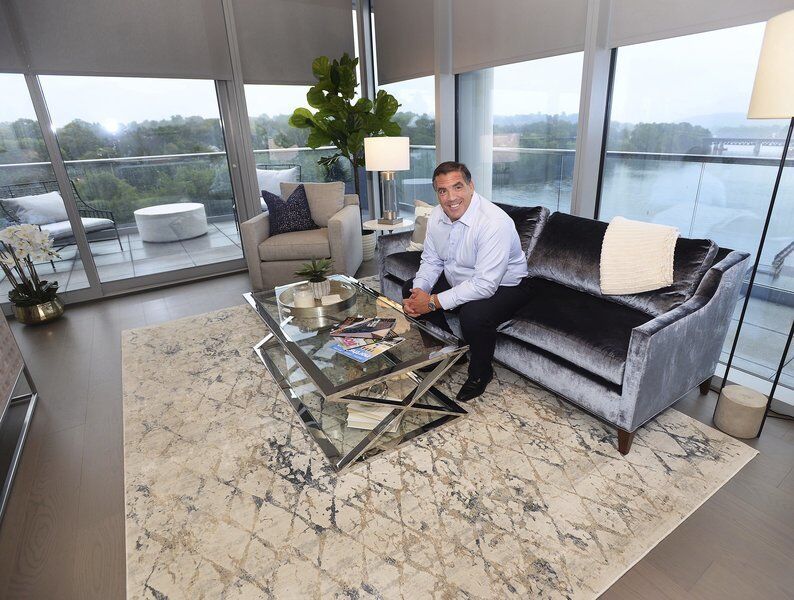 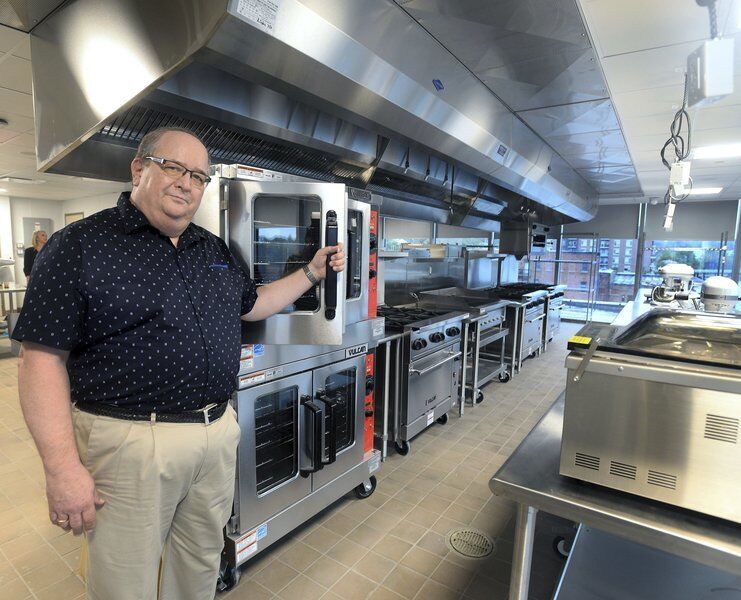 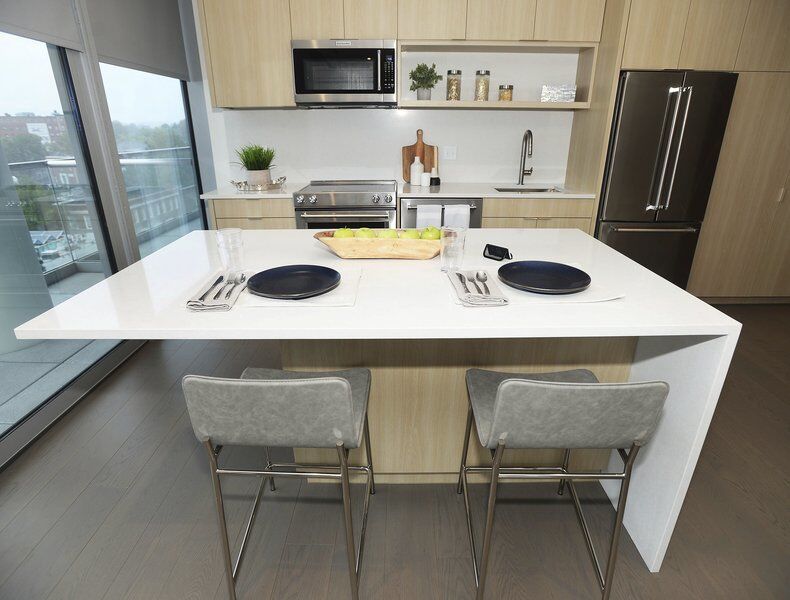 CARL RUSSO/Staff photoHigh-end appliances are included in apartments at The Heights at Haverhill. 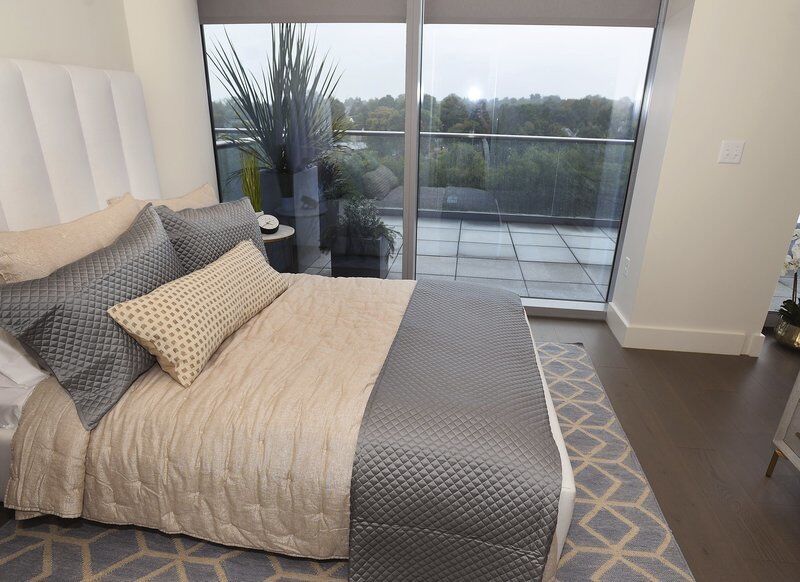 CARL RUSSO/staff photoA model apartment at The Heights at Haverhill. 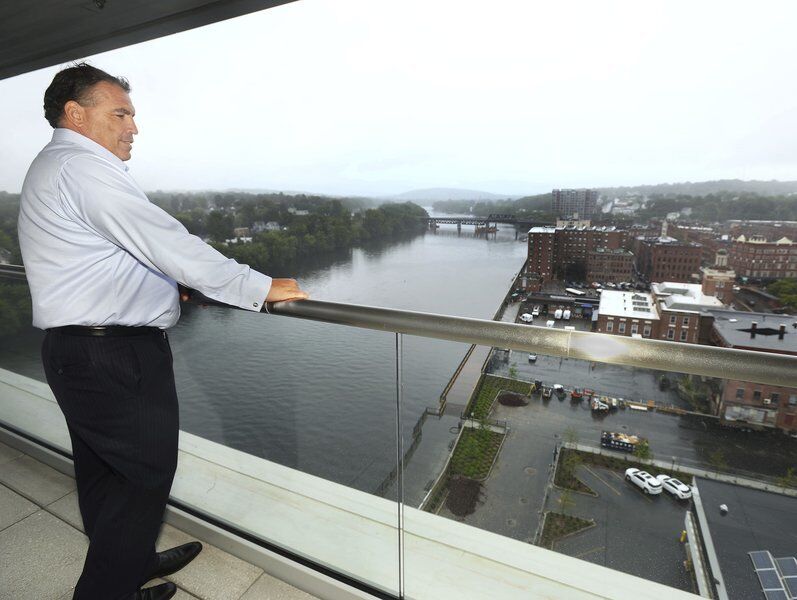 CARL RUSSO/Staff photoSal Lupoli looks out over the roof deck soon to be home to Bar Bosa at The Heights at Haverhill on Merrimack Street.

Courtesy photoBar Bosa is the rooftop bar on the 10th floor of The Heights at Haverhill, located at 120 Merrimack St. The bar is expected to open in spring 2021.

CARL RUSSO/Staff photoHigh-end appliances are included in apartments at The Heights at Haverhill.

CARL RUSSO/staff photoA model apartment at The Heights at Haverhill.

CARL RUSSO/Staff photoSal Lupoli looks out over the roof deck soon to be home to Bar Bosa at The Heights at Haverhill on Merrimack Street.

HAVERHILL — Sal Lupoli had a vision for 160 Merrimack St. when breaking ground on what would become the 10-story, mixed-use building known as The Heights at Haverhill back in October 2018. He wanted something different — something never before seen in Haverhill.

Two years later, he says his vision has been achieved.

"People talk about this building and they don't talk about it as compared to buildings in Boston —  they compare it to high-end buildings in New York City. That's such a compliment," the developer said when offering a tour of the newly opened space that sits between Rent-A-Center and Haverhill Bank in downtown Haverhill.

In addition to luxury rentals — 40 one-bedroom units start at $1,600 per month and two two-bedrooms start at $2500 per month — Lupoli plans to open two restaurants inside The Heights at Haverhill.

Italian restaurant Bosa, named for the fishing village off the coast of Sardinia, is the location's main dining option, with inside seating for 100, plus a dozen more on the patio, according to Lupoli. Diners can also enjoy small plates or drinks at the rooftop bar, called Bar Bosa, which will have patio seating for 150 people. In-room dining is also available, Lupoli said.

"We spared no expense," Lupoli said. "We feel the city of Haverhill and the Merrimack Valley deserve something like this. We wanted to create something really different in the city. We just think it's something that's never been done before. You can drop a quarter off your balcony into the Merrimack River — that's something special."

According to Lupoli, there have been more than 600 inquiries for 42 available apartments. He hopes the units will appeal to everyone from millennials working in Boston looking for a home close to transportation, to empty nesters looking to downsize.

"Big companies in Boston are now cutting back, renting small spaces and creating a classic hub and spoke model around Boston," Lupoli explained. "They're allowing people to work in satellite offices while still having a presence in Boston. We're trying to entice people to come to Haverhill, Massachusetts (to live)."

Northern Essex Community College has already made The Heights at Haverhill their new home. The school, with campuses in Haverhill and Lawrence, has opened a culinary program that will teach students in classrooms on two floors of the building.

Named in memory of Lupoli's mother and father, the school is called the Lupoli Family Institute for Culinary Arts and programming is overseen by Denis Boucher. Members of the general public will also be able to take non-credit courses in a state-of-the-art kitchen area overlooking the Merrimack River, Boucher said.

Lupoli's Heights at Haverhill project was one of two construction projects that continued in earnest in the city during the coronavirus crisis, allowing the developer to meet his 18-month deadline, he said. While remaining noncommittal about a future project in the city, Lupoli said he is open to remaining part of "the fabric of the community" as long as local leaders are willing to have him.

Mayor James Fiorentini has long said Lupoli's project has fueled the Haverhill's "renaissance" and a renewed interest in the downtown district.