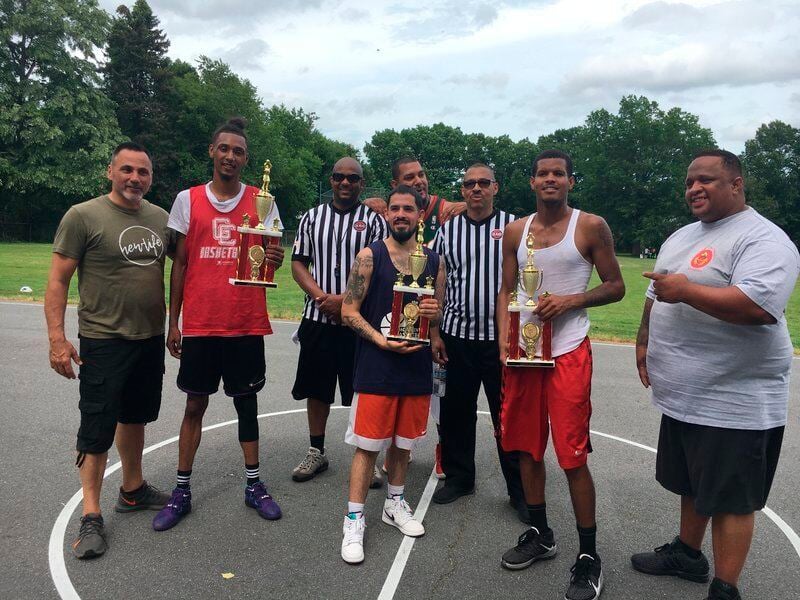 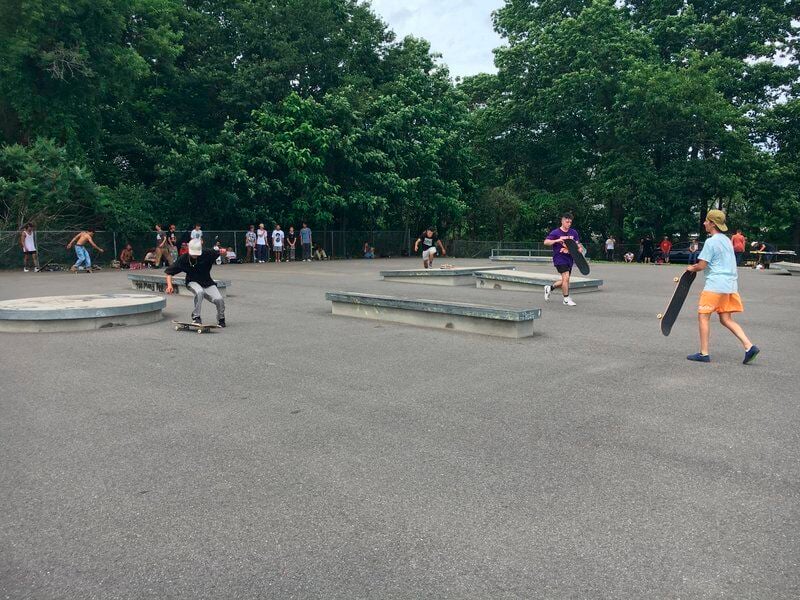 Skateboarders show off their moves at Cashman Park in Haverhill. 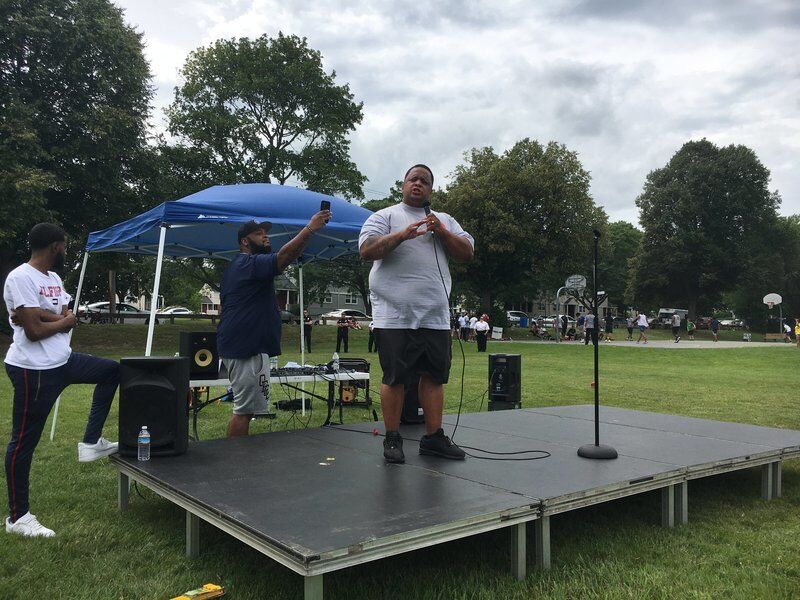 Jesus Ruiz of Leaving the Streets Ministries speaks during Saturday's "Taking Back the Streets" block party at Cashman Field on Hilldale Avenue. 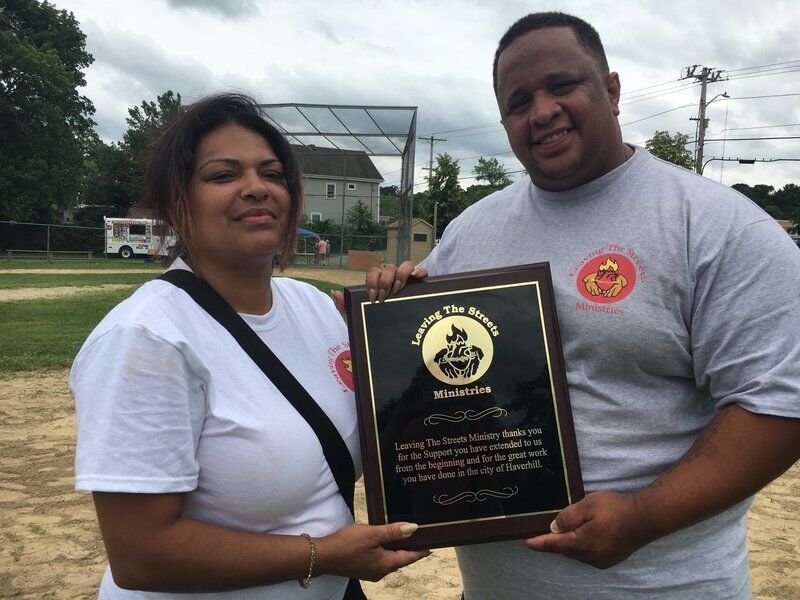 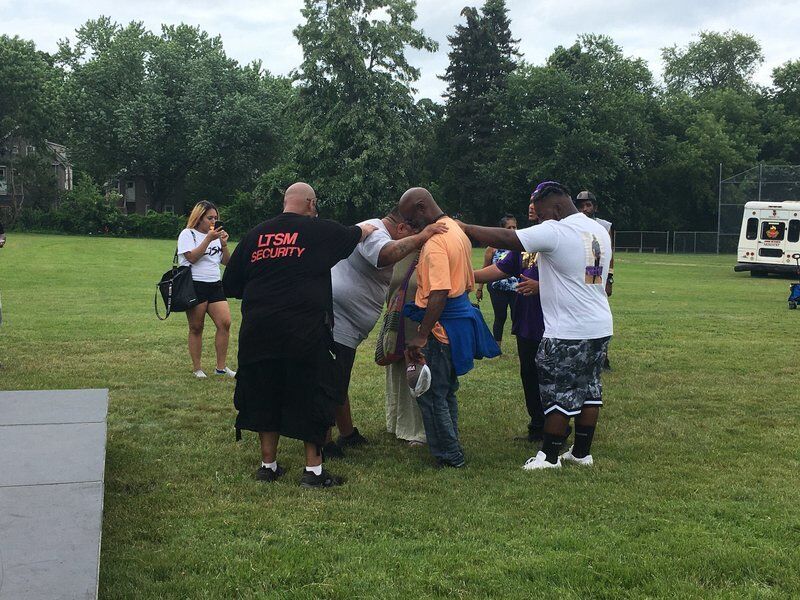 Jesus Ruiz ministers to a man during a break in the block party at Haverhill's Cashman Field on Hilldale Avenue. 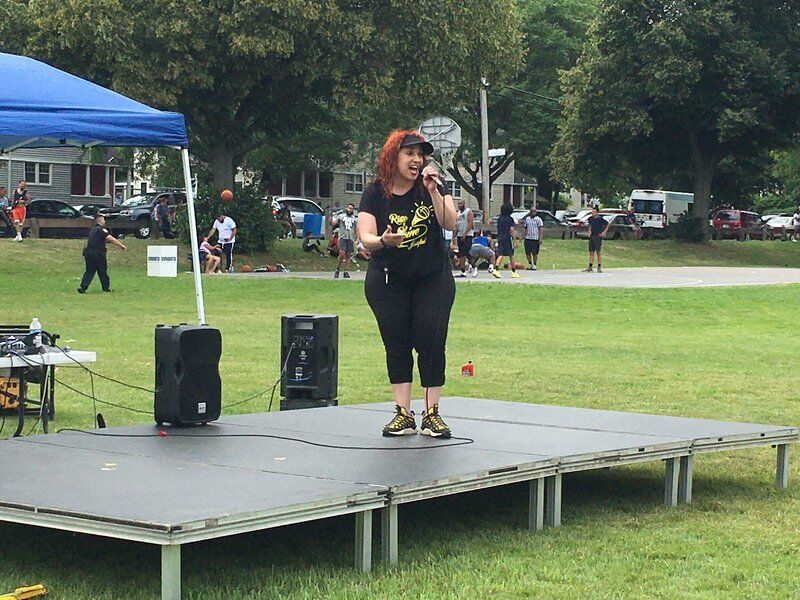 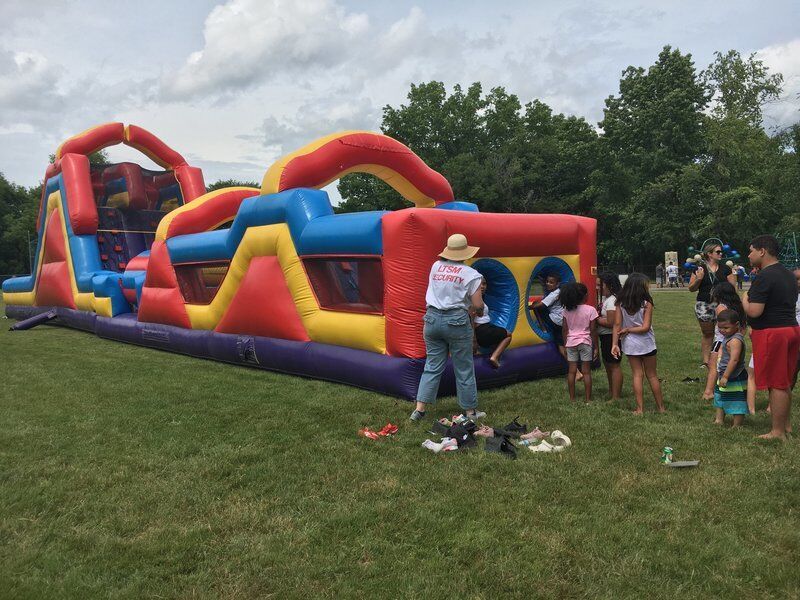 Children run and jump in a 68-foot bouncy house during the block party.

Skateboarders show off their moves at Cashman Park in Haverhill.

Jesus Ruiz of Leaving the Streets Ministries speaks during Saturday's "Taking Back the Streets" block party at Cashman Field on Hilldale Avenue.

Jesus Ruiz ministers to a man during a break in the block party at Haverhill's Cashman Field on Hilldale Avenue.

Children run and jump in a 68-foot bouncy house during the block party.

HAVERHILL — More than 200 people from the Greater Haverhill community came together to kick off summer Saturday at Cashman’s Field on Hilldale Avenue during a block party sponsored by Leaving the Streets Ministry.

Spearheaded by Leaving the Streets founders Jesus and Wanda Ruiz and backed by the Haverhill Police Department, a team of 30 volunteers and several city nonprofits and agencies, the party featured free food, family-friendly activities, basketball and skateboarding tournaments, and a vaccination clinic from Greater Lawrence Family Health Center.

The Ruizes called the four-hour event the “Taking Back the Streets Block Party” in an effort to raise awareness about what happens when the community comes together for good.

“This is a great turnout. You walk through the park and it’s like a rainbow — all types of people. When you see something like this, how can you not think of peace?” Teddy Conseillant said as he walked through the park with friends Saturday. “This is how you take back the streets. You don’t do it with violence. I’m looking forward to for Leaving the Streets to do more of this.”

Mayor James Fiorentini was among those who attended the party. He called it a “tremendous success.”

Indeed, Leaving the Streets has made big moves in Haverhill since its founding three years ago.

Headquartered in Lafayette Square, the ministry and youth re-entry program is a “safe zone for Haverhill,” Jesus Ruiz said.

“Unity is what breaks through walls. We have to partner with everyone in the city to make it work,” he said of the work his agency does with groups like the Haverhill Police Department, Fiorentini’s office and other outreach groups.

According to police Deputy Chief Stephen Doherty, 20 uniformed officers and members of the department’s command staff attended the block party to show support and increase visibility from a community policing standpoint as the city heads into summer.

Officers regularly visit the Lafayette Square location to check in on the program’s participants in an effort to keep that line of communication open, Ruiz said.

According to Ruiz, that partnership became crystal clear back in February 2020, when Officers Jordan Bergevine and Chery Victoria were on a coffee break downtown at Mark’s Deli and happened to see a young man wandering dangerously close to the edge of the Comeau Bridge.

“They went over to grab him before he could jump,” Ruiz said of Bergevine and Victoria, who saved the teen’s life by rushing from the coffee shop to the bridge before a 911 call was made. “They brought him to the hospital, gave him my card and now he is with us and doing well.”

The teen involved in that incident was just one of the young people given a job through Ruiz’s efforts.

This year alone, Ruiz has placed 162 youths in jobs. Joseph's, Cedars, Quality Carton and Jessica’s Brick Oven are among some of the top companies Leaving the Streets places candidates with, Ruiz said.

Eighty percent of those placed in jobs by Leaving the Streets remain at the companies for at least six months, Ruiz said. Transportation is provided for the first two weeks until they receive their first paycheck.

In addition to street outreach work and placing youths in jobs, Leaving the Streets has provided food pantry services for 650 families each week since January.

“The resources are here in Haverhill,” Ruiz said. “We have to work together. If you are hungry, we’ll feed you. If you need a place to stay, we don’t have a shelter but we’ll figure it out together.”