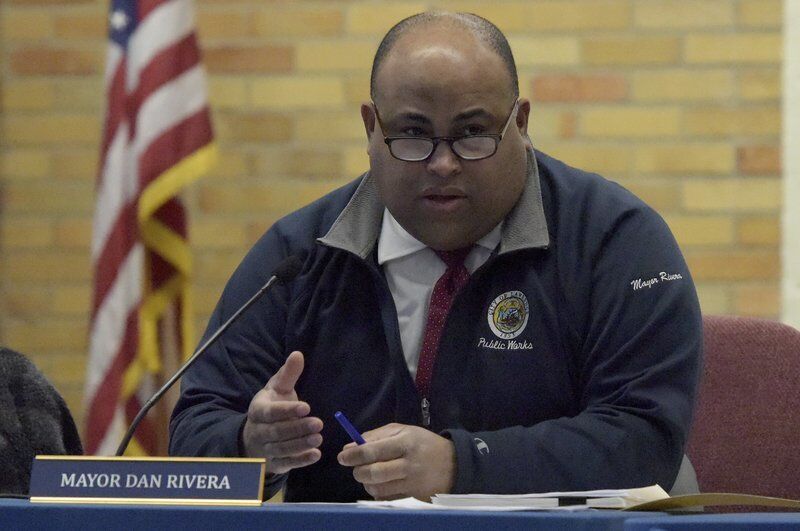 TIM JEAN/Staff photo Lawrence Mayor Daniel Rivera talks about the plans in place relative to the Corona Virus during a Lawrence Alliance for Education meeting. 3/11/20 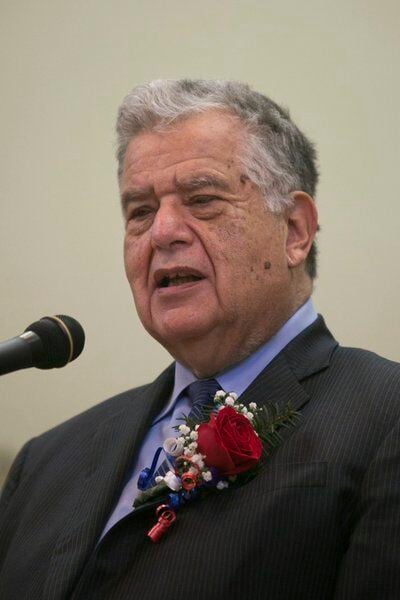 TIM JEAN/Staff photo Lawrence Mayor Daniel Rivera talks about the plans in place relative to the Corona Virus during a Lawrence Alliance for Education meeting. 3/11/20

Voting in the 2020 presidential election looks drastically different than it has in years past due to the coronavirus crisis, but one thing is clear: Local leaders say they aren't skipping out on exercising their constitutional right to choose the country's next leader just because they had to wear a mask to the polls or send in a ballot early by mail.

Like many other voters in the Merrimack Valley and across the nation, Methuen Mayor Neil Perry took advantage of the opportunity to cast his ballot before the election. He did not say which presidential candidate he voted for, but did say he made his choice during early voting at The Loop.

Massachusetts Secretary of State William Galvin predicts overall voter turnout will exceed 3.6 million in the Bay State, about 300,000 votes more than were cast in the 2016 presidential election. Of those, more than 1.3 million ballots are expected to be cast Tuesday.

More than half of the state’s 4.8 million voters cast ballots in early voting or by mail, Galvin said Monday.

Fiorentini said he chose to support the Democratic ticket because of the party's intention to "continue, expand and improve affordable health care, commonly known as ObamaCare.''

"They will expand the tax credits to make it more affordable and provide a public option in states that have not expanded Medicaid," Fiorentini said of former Vice President Joe Biden and Harris, a U.S. senator from California. "The Democratic tax plan will provide a fairer tax code. The Democrats will do more to protect our environment."

Despite rising coronavirus cases in Lawrence, Mayor Daniel Rivera said he cast his ballot in person Tuesday. Big on personal responsibility as the COVID crisis continues, Rivera said he chose to vote in-person so his constituents know the election process is working well.

"I want to show the city's voters that it's safe and easy," he said.

Rivera said cast his ballot for Biden and Harris.

"They are serious people who care to deal with the problems facing our country in a serious manner," Rivera explained, pointing to COVID-19 issues and concerns of a recession as things he believes the pair can successfully navigate. "Joe Biden has experience getting this country out of a financial crisis. As a U.S. Army veteran, these things matter to me and my family.”

Polls across Massachusetts are open Tuesday from 7 a.m. to 8 p.m. During a pre-Election Day briefing Monday, Galvin said a police officer will be posted at every local polling place across the state.

"If there is any effort to disrupt the polls tomorrow, whether it's drive-by caravans or anything else, we will insist that law enforcement take action immediately to ensure that polls remain accessible," Galvin said. "We hope that won't be necessary, and I don't believe it will.”

"My favorite part of Election Day is visiting with our extraordinary poll workers," Flanagan said. "They are committed to ensuring the integrity of our election system."

North Andover Town Manager Melissa Murphy-Rodrigues agreed, saying, "I am proud of the amazing turnout we have seen so far."

Reporters Bill Kirk and Mike LaBella and Genevieve DiNatale contributed to this story.