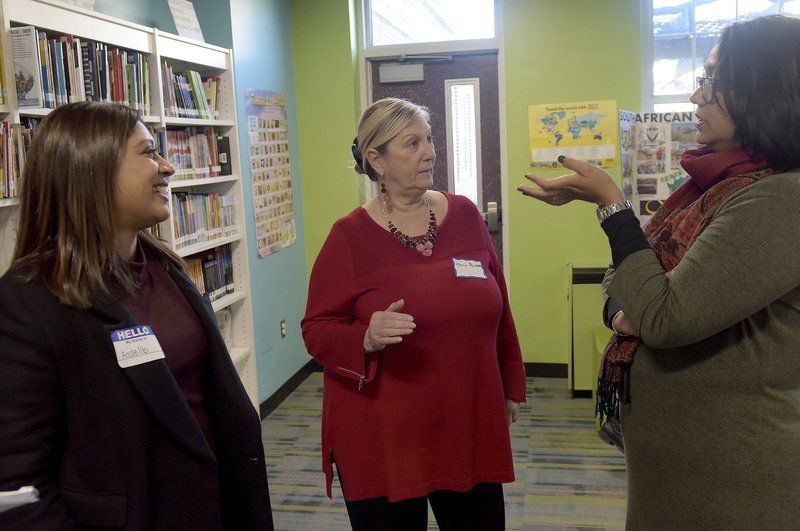 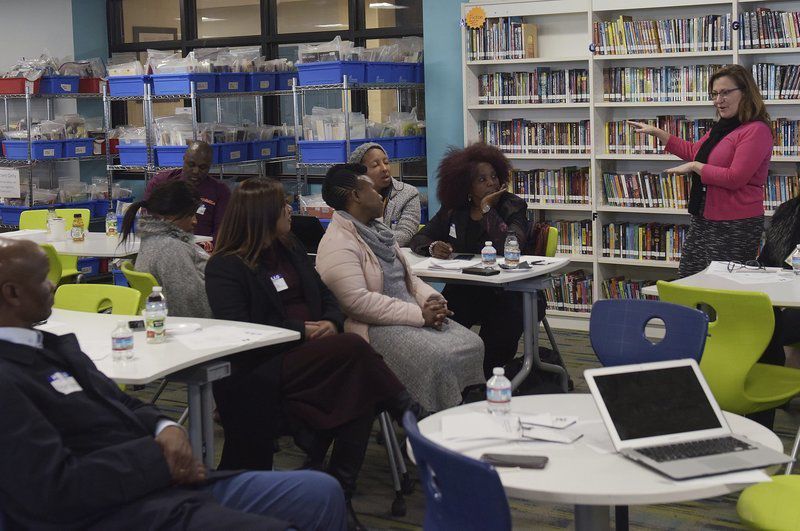 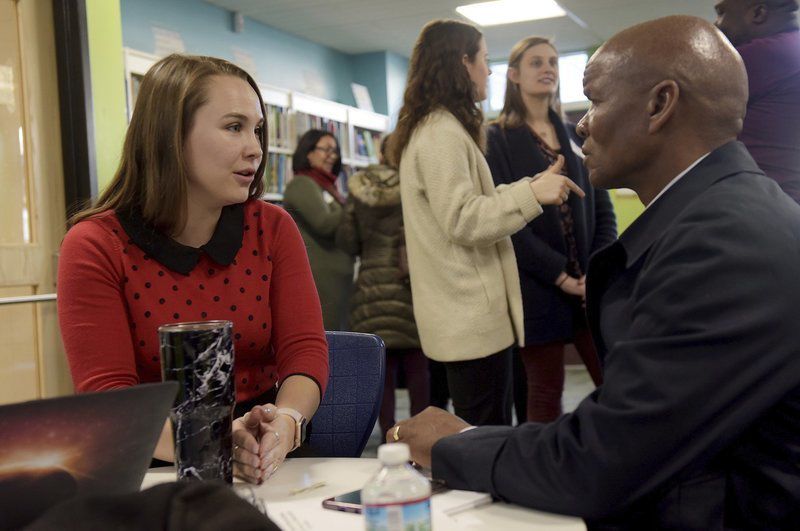 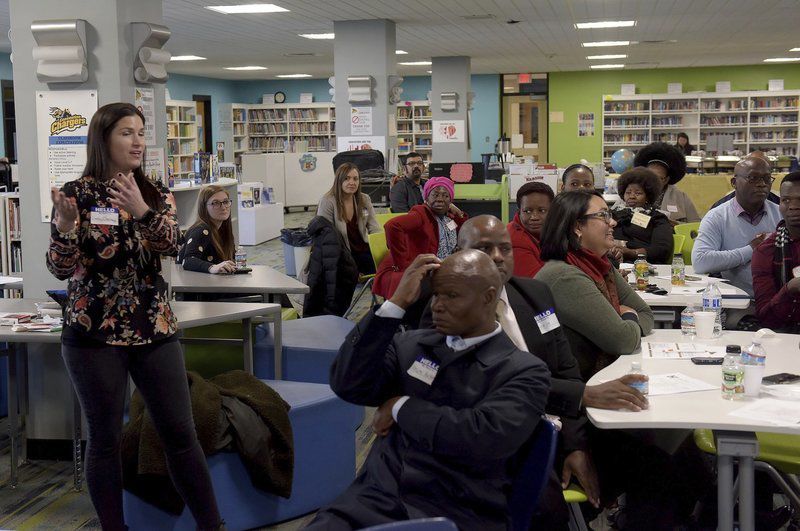 TIM JEAN/Staff photo. Lindsey Chastney, left, a sixth-grade teacher and the chairperson of the Positive Behavior Intervention and Supports Program at Consentino Middle School, talks with a group of teachers from South Africa. 1/9/20

TIM JEAN/Staff photo. Lindsey Chastney, left, a sixth-grade teacher and the chairperson of the Positive Behavior Intervention and Supports Program at Consentino Middle School, talks with a group of teachers from South Africa. 1/9/20

Poor, who oversees Consentino along with Principal John Mele, took pride in sharing details about the school's Positive Behavior Interventions and Supports program with the visiting teachers.

According to Poor, the program — known as PBIS — aims to foster positive relationships between teachers and students by focusing on the social-emotional needs of learners.

The program was introduced at Consentino four years ago and has evolved over time to become more uniform in all classrooms, he said. The current iteration sees students receiving “points” for offering a thoughtful response to question in class, for example. Those points can later be exchanged for a prize, Poor said.

“The thought behind it is that if you're building relationships and rewarding positive conduct, you'll have less of a need to be punitive,” Poor said. “Kids stay in school and when they stay in school, test scores go up, and everybody's happy.”

“When we first heard the theory, we didn't think it was going to work,” said Govender, who teaches in South Africa's third most populous city, and said classrooms may average as many as 65 students.

“Coming from where the classes are bigger, we're used to the traditional approaches to discipline—the old behaviorist theory. This is challenging us to change our mindset. It's important to recognize the social and emotional needs of children and (PBIS) does that through positive reinforcement.”

“Our teachers have really bad circumstances. We are going to take whatever we learn here back to our teachers who are struggling,” McKenzie said. “I love the fact that (Consentino) was so warm and welcoming. The kids made a poster welcoming us! The (Haverhill) teachers really wanted to know what teachers are like in South Africa.”