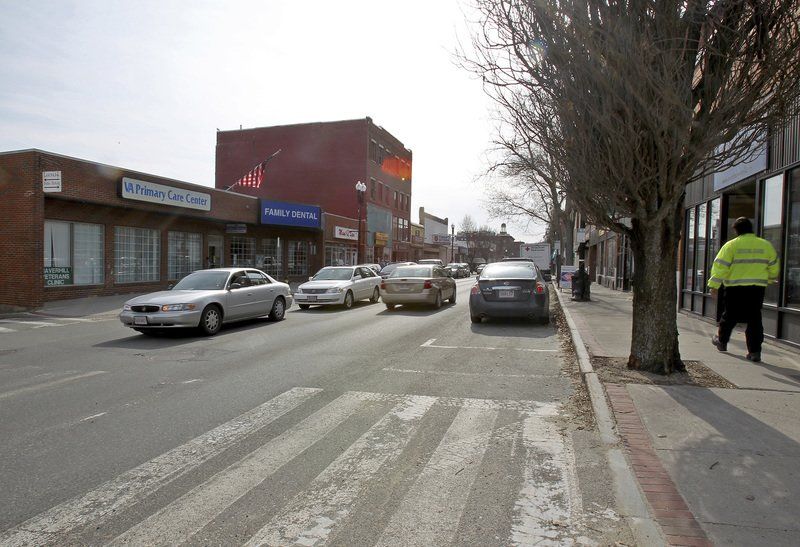 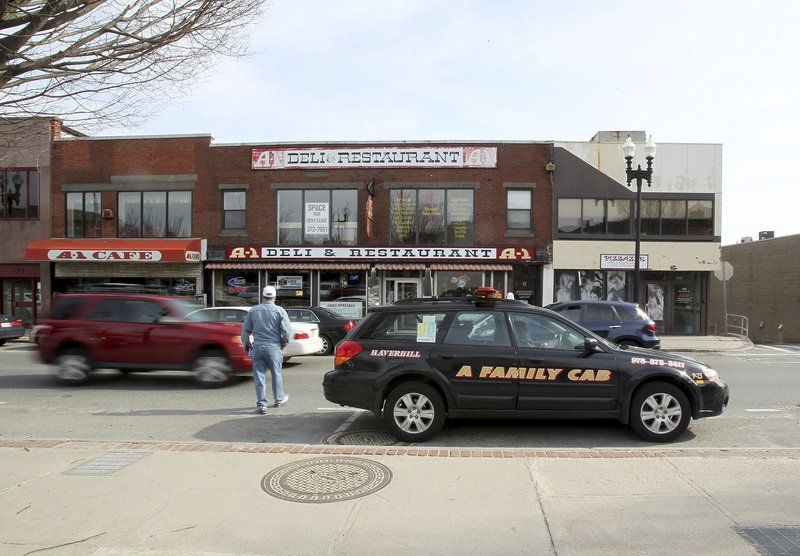 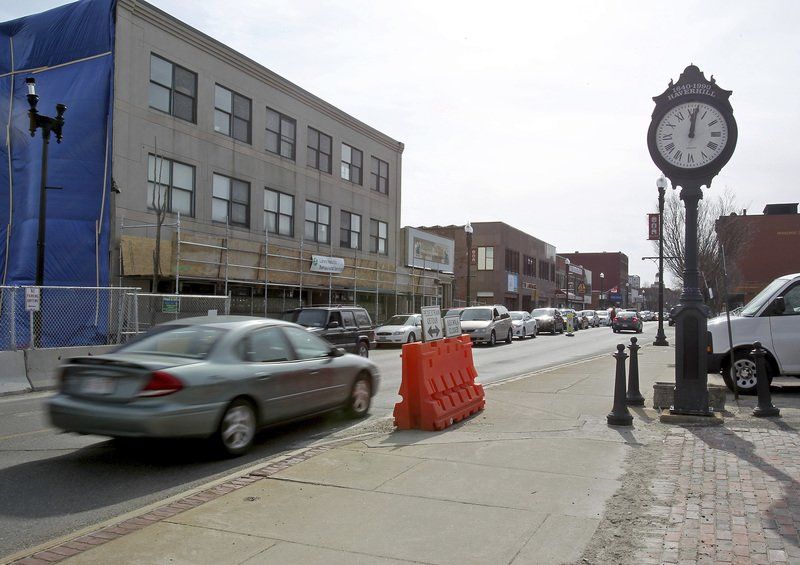 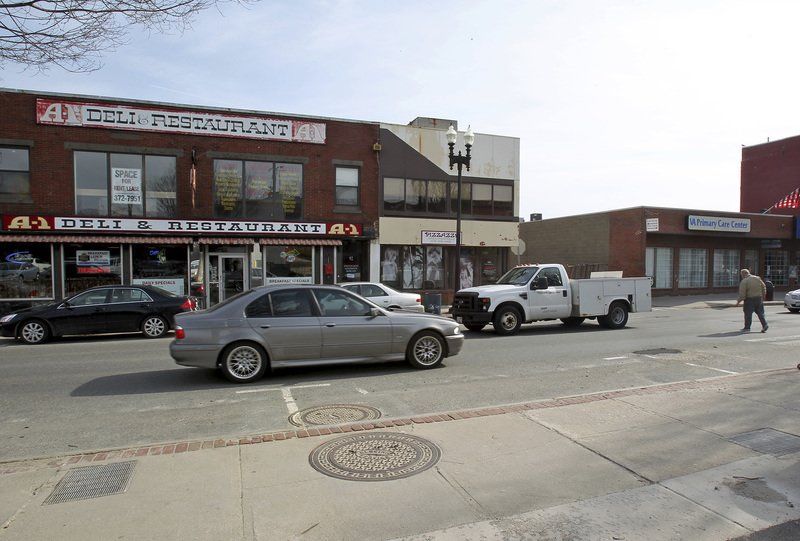 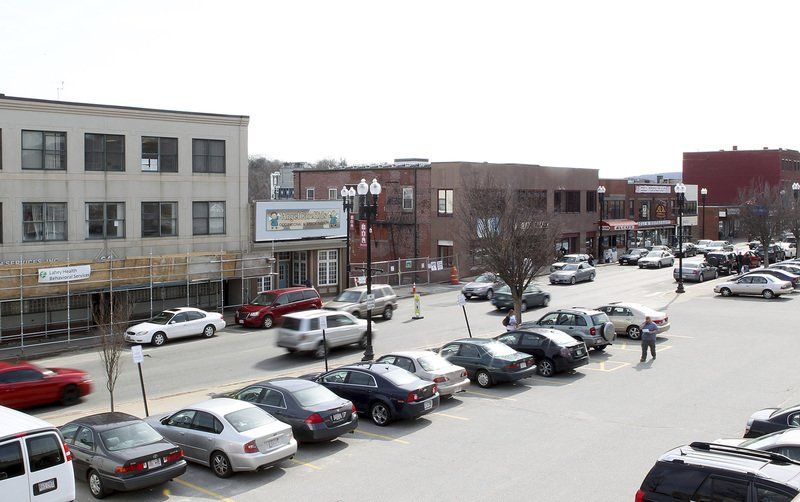 MARY SCHWALM/Staff photoTraffic moves along Merrimack Street near the parking deck in downtown Haverhill. This area is targeted for new development.4/6/15

MARY SCHWALM/Staff photoTraffic moves along Merrimack Street near the parking deck in downtown Haverhill. This area is targeted for new development.4/6/15

HAVERHILL — The renaissance that started at the far eastern end of downtown is preparing to spread to other parts of Merrimack Street.

And Haverhill has a new face to lead the effort, which city leaders said will boost the local economy.

Noah Koretz, a former director of redevelopment efforts in Malden, will come to Haverhill in late April to support the city’s Merrimack Street Transformative District. The district's goal is luring private investment to boost that end of downtown.

The first piece of the puzzle is Harbor Place, the multimillion-dollar development that will replace the old vacant Woolworth building, which has been demolished. It will house a UMass Lowell satellite campus and various businesses. Other development nearby will include apartments on upper floors of other new buildings.

Next, the city plans to bring improvements to the rest of Merrimack Street. The goal is to create a mix of state and private developers' money, bring more businesses and jobs to the inner city.

Enter Koretz. He has been hired by the state to work on the downtown Haverhill project.

"We took the pulse of these cities in the fall, took visits in January and came to the conclusion that extra talent with economic and real estate development skills are the hardest to come by for cities," Haynes said. "Just doing studies is one thing. Hiring people with these skills is quite another."

Twenty-three of the 26 gateway cities in Massachusetts applied for positions like that to be held in Haverhill by Koretz. Ten of those cities — Haverhill, Brockton, Holyoke, Lynn, New Bedford, Peabody, Pittsfield, Revere, Springfield and Worcester — have formed inner-city development districts.

Haynes said Koretz's work will cost the city nothing. He will be an employee of MassDevelopment, Haynes said.

In fact, all the city is responsible for is supplying Koretz with office space within the district, Haynes said.

"You can't really quantify the benefits of having an additional specialist to do planning work," said Haynes. "It's like those old MasterCard commercials ... having (someone like Koretz) is 'priceless.'"

Prior to joining MassDevelopment, Koretz practiced commercial and real estate law in Boston. He will work in Haverhill for the next three years, helping revitalize the city’s Merrimack Street district.

"I am thankful to MassDevelopment for this assistance and continued support for our activities,” said Mayor James Fiorentini.

Haynes said an initial group of candidates for the position was interviewed by the individual cities and that Koretz, a Salem resident, seemed a natural fit for Haverhill.

"He did his master's thesis on the city of New Bedford and is very familiar with gateway cities and how to expand their partnerships," said Haynes. "Noah will help keep them on task, to help foster and implement their ideas, and serve as a conduit to MassDevelopment.

"Every day is going to be different, but the advantage of having a fellow is that they will be focused on creating and fostering activity within the district,'' Haynes said.

Haverhill state Rep. Brian Dempsey has been instrumental in the downtown redevelopment effort, helping bring millions in state money to Haverhill. He said Koretz's background in real estate and commercial redevelopment will be crucial in boosting the inner city.

"This is very significant, and given the excitement around Harbor Place and the catalyst that that will be for downtown, he comes at a perfect time for us," Dempsey said of Koretz, who he feels will complement the work of city Economic Development Director William Pillsbury.

"(Koretz) will add to Bill's efforts in figuring out how to use Harbor Place as a springboard for other projects along Merrimack Street, the river and across from Harbor Place in Bradford," Dempsey said.

Dempsey agreed with Haynes that Koretz's prospective role as a connector to the city's non-profit and small business community will be crucial.

"Looking across the river from Harbor Place and  (also) the need for an additional parking, perhaps another garage," Dempsey said of possible future projects.

Pillsbury said he is looking forward to working with Koretz.

"During the interview process, we felt Noah would be a great match," Pillsbury said. "He'd done his homework, he knew a lot about the city when we interviewed him, and he's going to provide expertise on how to build off the momentum of Harbor Place and into the rest of this district."