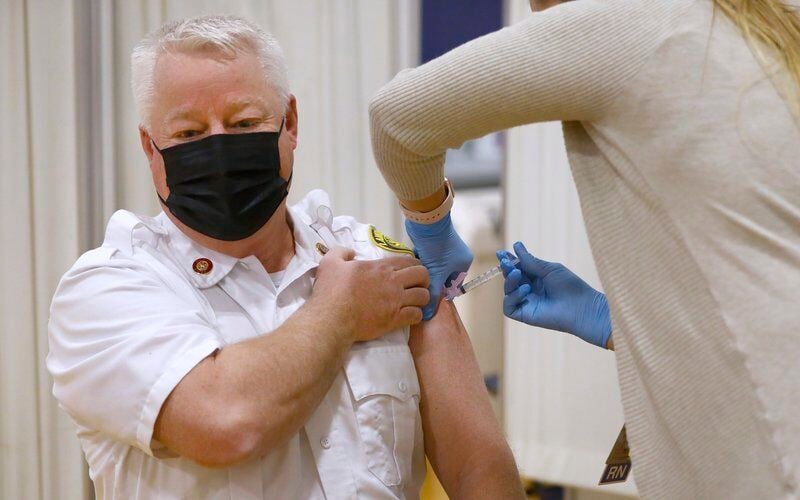 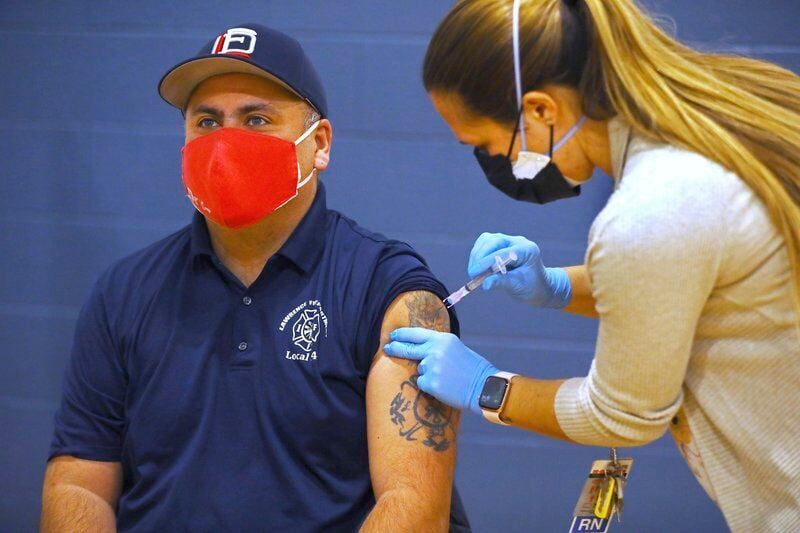 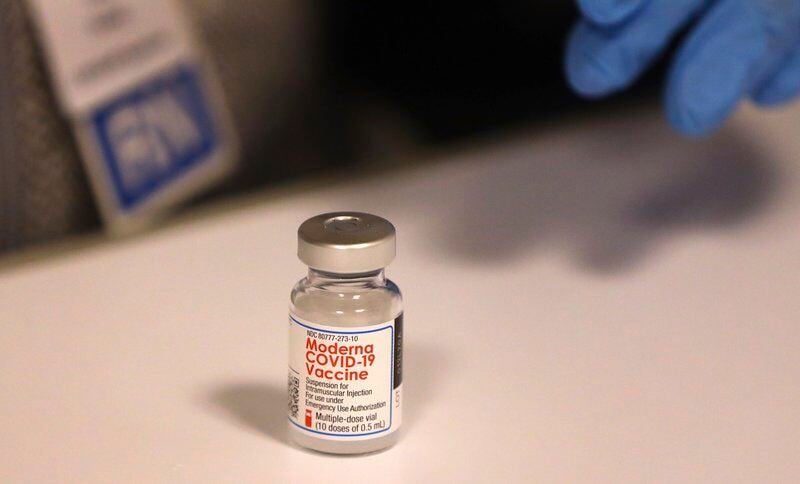 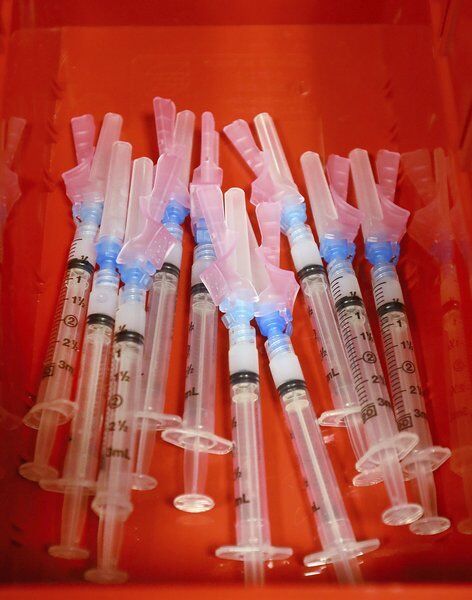 PAT GREENHOUSE/Boston Globe/pool photoVials of the Moderna vaccine are ready to be given to first responders at a clinic at South Lawrence East Elementary School.

PAT GREENHOUSE/Boston Globe/pool photoVials of the Moderna vaccine are ready to be given to first responders at a clinic at South Lawrence East Elementary School.

LAWRENCE  — Local first responders are rolling up their sleeves in the region's latest effort to fight COVID-19.

A clinic held Monday at South Lawrence East Elementary School was among the first in Essex County to cater to area first responders and others eligible to be vaccinated in the first distribution phase. Locally, that includes members of Lawrence's police and fire departments.

The clinic, operated by Lawrence General Hospital, distributed 160 doses of the Moderna vaccine, according to hospital spokesman Benjamin French.

Lawrence Police Det. Thomas Cuddy and Officer Leo Silvera were among those who had no hesitation when signing up to get vaccinated. Both men received the first of two shots Monday and said they were told to return to the elementary school Feb. 5 for their second dose.

"(As police officers), we know the risks, whether we're on the street or at the supermarket," Silvera said. "Signing up was a no-brainer for me."

Cuddy, who is Police Department spokesman, said all 156 officers are required to scan their cell phones at a kiosk to gain access to the police station before each shift. A phone app registers their symptoms related to COVID-19 and asks the all-too-familiar questions related to coronavirus exposure or travel in the last 14 days.

"We've been trying to stay ahead of the curve with PPE (personal protective equipment) and with the kiosk," Cuddy said. "I've been trying to follow the guidelines as they've evolved from last March and this (the vaccine) seemed like the next logical step."

Police Chief Roy Vasque said he is confident the vaccine is an additional item in his department's toolbox as officers continue to serve and protect Lawrencians.

"Our officers have never wavered in serving the community despite the unknowns and fear of COVID-19. I commend them for that," Vasque said Monday. "We have tried to protect them as much as possible by providing PPE, policy, procedure and the latest information from the state. With the roll out of vaccinations, we hope this gives them another layer of protection and comfort to continue to do their jobs."

Massachusetts health officials require that any community ordering vaccines for its first responders must have at least 200 people to vaccinate. Haverhill and Lawrence met that threshold, but other communities such as Andover and Methuen did not, so they joined forces to qualify to receive doses of the vaccine.

In Haverhill, 30 firefighters received vaccinations Monday from city public health nurse Mary Connolly. Fifty other firefighters made appointments for clinics happening later in the week, said the mayor's spokesman Shawn Regan. After this week, about 75% of Fire Department members will be vaccinated, he said.

Connolly will vaccinate Haverhill police officers at the police station on Tuesday and Thursday of this week, Regan said. Haverhill's Moderna doses, which arrived last Thursday, have been kept under lock and key at an undisclosed location, according to the mayor's office.

Both Andover and Methuen also have first responder clinics taking place this week, with vaccines for those clinics being stored at an undisclosed location in Andover, according to Andover Health Director Thomas Carbone. Of the 1,000 doses of vaccine being stored in Andover, Methuen will pick up 190, North Andover gets 100, Andover 150, Lynnfield 70, North Reading 80, Reading 110, Saugus 150, and Wilmington 70.

According to a vaccination schedule determined by the state Department of Health, vaccinations will be distributed in order of priority to healthcare workers, nursing home patients and staff, first responders and others in congregate settings through February. Teachers and adults over 65 are in the second group to receive the vaccine starting in February, according to the state's schedule. Vaccines should be available to the general public in April, officials said.