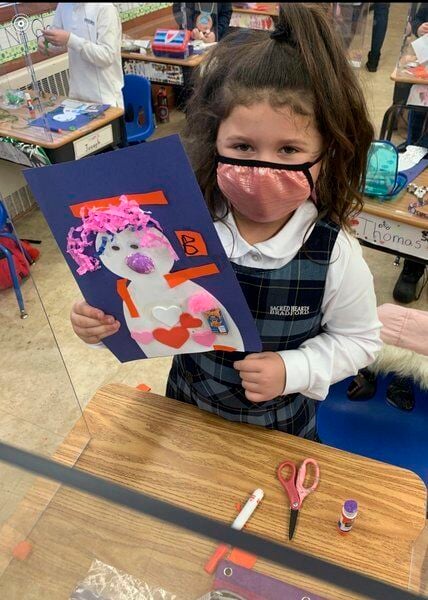 Courtesy photoBrooklyn Torres, a kindergarten student at Sacred Hearts School's Early Childhood Center, proudly shows off a Valentine card she made at school. 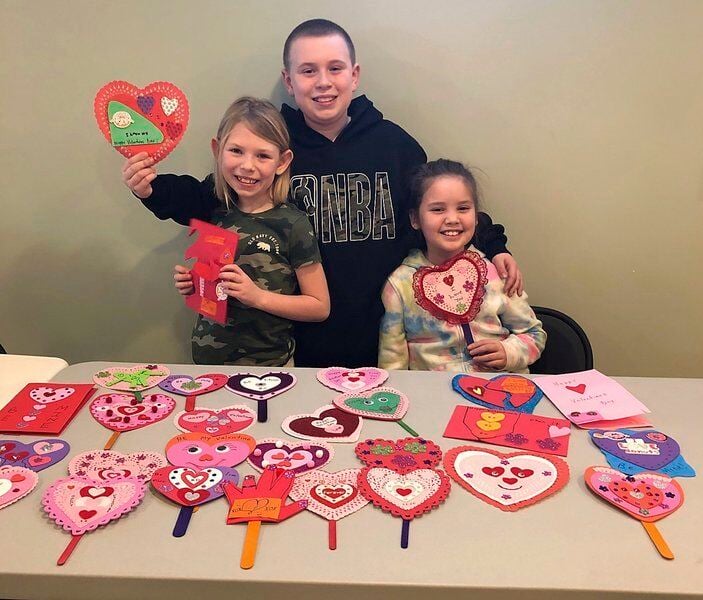 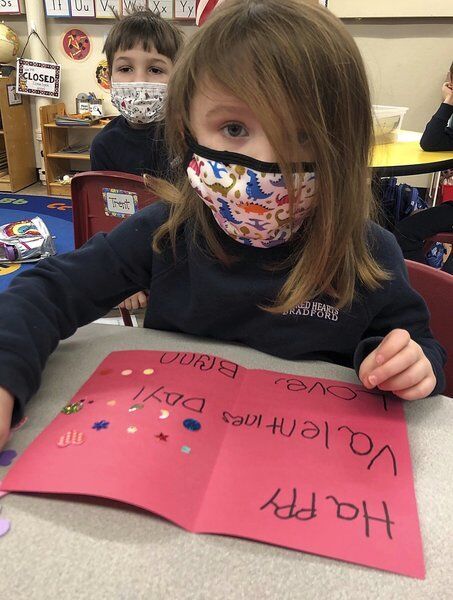 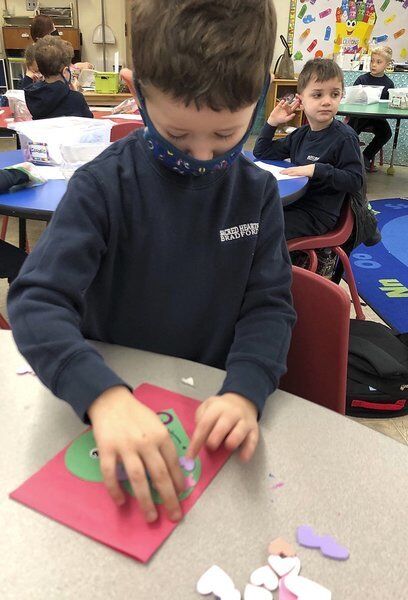 Courtesy photoBrooklyn Torres, a kindergarten student at Sacred Hearts School's Early Childhood Center, proudly shows off a Valentine card she made at school.

HAVERHILL — Fitting enough, it was all about love.

The children made the cards as a way to share their love with elderly parishioners and others who are isolated at home, as well as with the nursing home residents, said Chrissie Pettis, director of the early childhood center.

The project was suggested by the Rev. John Delaney, pastor of Sacred Hearts Parish, to make this Valentine's Day special as elderly people in particular face lonely days during the pandemic.

"We thought it would be a nice gesture to give back to some of our older parishioners," Pettis said. "This was something new this year that Father John wanted us to participate in.

"We have volunteers who are delivering the cards," she said.

Nathaniel Spheekas, a pre-kindergarten student, said he loved the project and wanted to make those who receive the cards feel special.

"Valentine’s Day means to share and be kind," Nathaniel said.

"I wanted to make someone get excited to get a card," said kindergarten student Brooklyn Torres. "Valentine’s Day means telling people you love them."

The Sacred Hearts students weren't the only local children sending out Valentine's Day wishes in the form of cards.

Madison King, 8, a third-grader at Silver Hill School, and her cousins Christopher Gondolfo, 10, and Hanna Gondolfo, 7, who are home schooling this year, spent hours crafting 100 Valentine cards for residents of Hannah Dustin Healthcare Center, a nursing home and rehabilitation facility.

Christopher said he worried that some nursing home residents wouldn't be able to see their family members on Valentine's Day because of the pandemic, so he wanted to share his love with them.

Hanna wanted to make them happy too, while Madison said she wanted this Valentine's Day to be a special one for people who are lonely.

"It's kind and thoughtful to make people smile," Madison said.

The children attached some of their cards to wooden craft sticks for senior citizens who have a hard time holding a card. The kids created cards in a variety of shapes, such as hearts and hands, and decorated them with colorful gems, pom-poms, hearts and other craft items.

The children recruited their parents, Sarah and Scott Gondolfo and Scott King, and their grandmother Norma Giorato to help with shopping for craft materials.