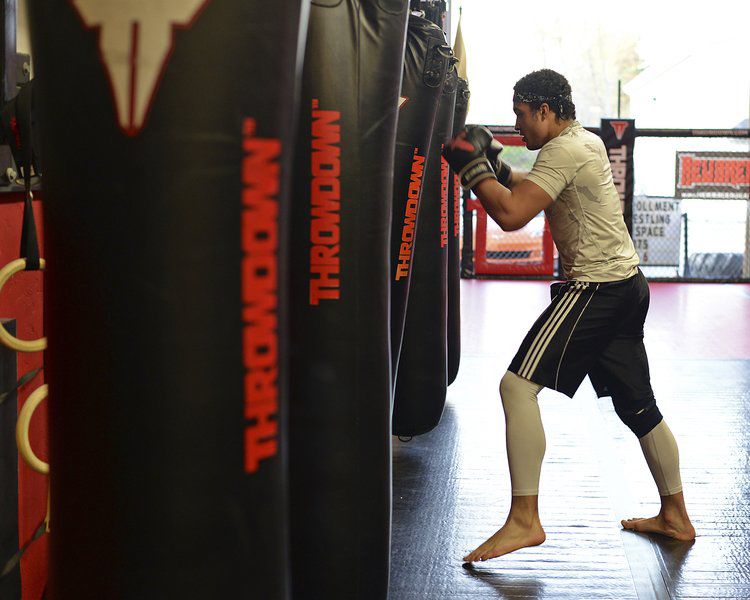 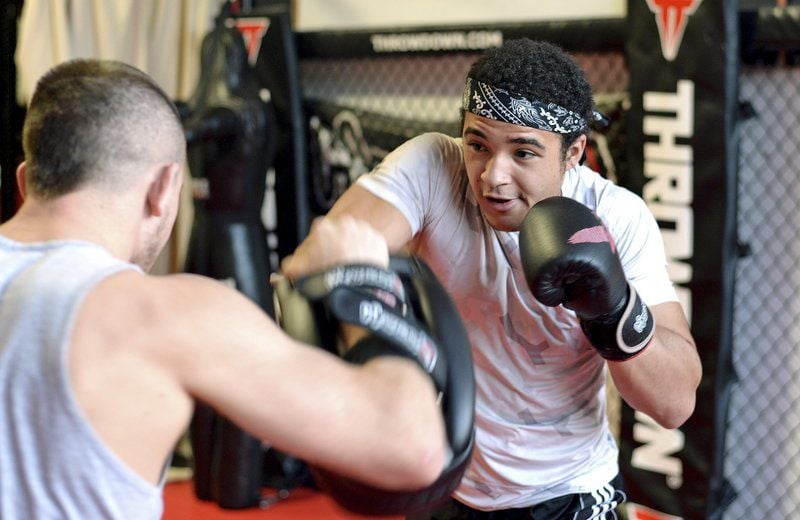 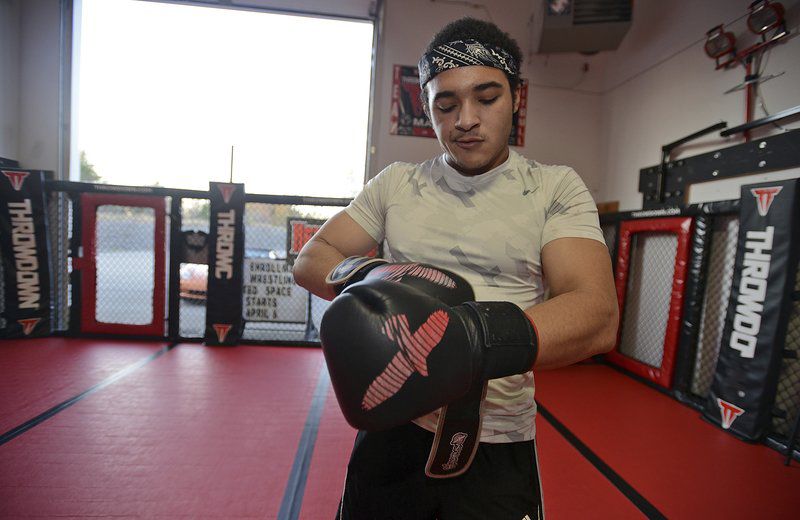 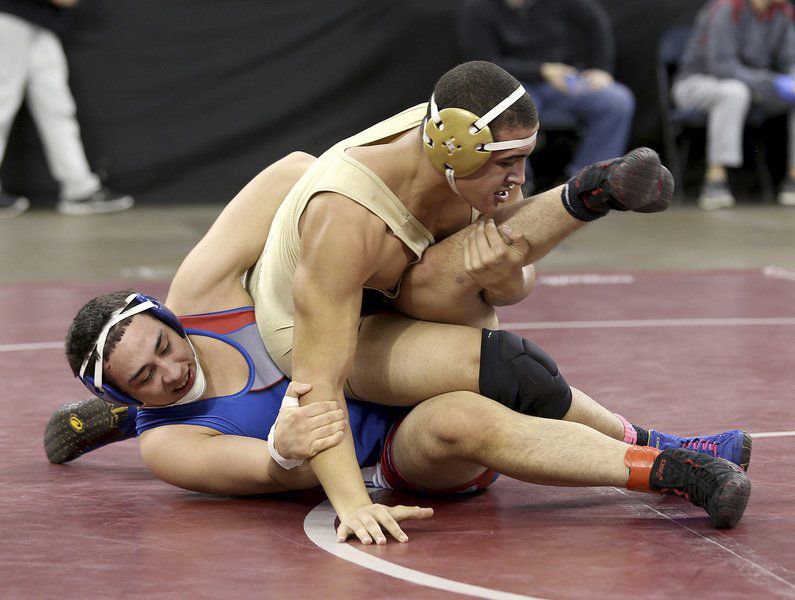 It takes guts to climb into a locked steel cage and engage in raw combat as a mixed martial artist.

But as Jordan Faulkner has learned, the hard way, it takes a lot more courage to a live life with honesty and integrity.

“I am gay,” said Faulkner, a former Haverhill High School wrestling star who will be on Friday night’s fight card for Combat Zone Mixed Martial Arts (MMA) 58 at Rockingham Park.

While he realizes his public pronouncement will get more publicity than he seeks — Faulkner believes he is the only MMA fighter to be openly gay — it’s not a fact he has hidden the last few years.

“I have been open about it since I was 16 years old,” he said. “It’s horrible to be closeted and have to live a lie to keep up with an image.

Faulkner represents Spero’s MMA in Plaistow and has been affiliated with Smitty’s Wrestling barn in Danville. Capturing a championship belt so early in his career would be an enormous accomplishment.

“He’s been training year-round, both with me here and in Nebraska. He’s not only wrestling at school but also working with their mixed martial arts program, so he’s training constantly,” said David Spero, who serves as both Faulkner’s coach and mentor. “This is a big fight for him.”

Faulkner is no stranger to fights. His temper tantrums were notorious in high school, and in one well-known incident he wasn’t allowed to compete at the Massachusetts state wrestling championships after a particularly memorable outburst following a second-place finish in the sectionals.

The bi-racial child of a single mother and the oldest of five siblings, Faulkner was uprooted often and attended high schools in Delaware, Massachusetts and Maine. His home life was “challenging,” at best, he said, and provided few comforts. He said he now has come to terms with his early sources of rage.

“I grew up poor and saw the other kids in high school having all the things that I didn’t,” Faulkner said. “I felt I deserved more respect for the talents I had because I’d see people go to the hockey games and only make it as far as the first round of the playoffs, and our wrestling team was ranked No. 1 in the state and No. 1 in New England, but we never got the respect for it.

“There was also a lot of personal things going on in high school. I felt left out. I felt like a reject,” he said. “So the anger erupted. People would know that I was a jock and think, ‘Oh man, he has it made.’ But it wasn’t like that. No matter how good you are at a sport, you still have your personal demons.”

Faulkner said he saw a lot of things in his youth that kids shouldn’t have to see.

“I’ve seen people in my family battle drugs. I’ve had family members pass away,” he said. “My best friend, Travis Yell, was one of my mentors. And he died. He was a wrestler from Haverhill .... I’ve asked, ‘Why have I had this rough path? Why have I had this tough life? Why can’t things just be smooth?’ There were no answers and that angered me.”

Yell died at age 20 after being hit by a car while walking near Bentley University in Waltham in October 2014. A police investigation into the death continues.

As Faulkner has matured in his college years, he said he is better equipped to control his temper and that he continues to work diligently on anger management. Attending Chadron State, which he said granted him a full scholarship, he is majoring in exercise science and kinesiology. He said the experience has been very positive, even though he suffered the pangs of homesickness until just recently.

“In high school, I had the talent and the work ethic and the only thing that stopped me was my emotion,” Faulkner said. “I’ve been able to control my emotions a lot better as I’ve gotten older. Where I am in a small town in Nebraska is 5,000 feet in the air, so it’s good for me training-wise, but it’s also good for me to get away from home and the faster style of living and that helps me focus on my training.”

As Lesbian, Gay, Bisexual and Transgender (LGBT) rights and lifestyles become increasingly more accepted, things have become easier for Faulkner. But prejudice and non-acceptance still exist and he bears the scars they inflict.

“Starting out, it was very tough. It was the reason I left my wrestling team my junior year when I was at Glasgow High School in Newark, Delaware, which has become one of the more dangerous areas in the state,” he said. “People have very different views about homosexuals there. I was bullied a lot and even my own teammates made fun of me and the coaches weren’t helpful. I made the decision to leave the team and found a wrestling club nearby where I was accepted.”

The sport of Mixed Martial Arts is known for being exceptionally “macho,” but Faulkner has found his sexual preference and lifestyle to be a non-issue so far.

“In this sport and in all combat sports, you can only imagine what you could go through when your opponent is allowed to throw punches and kicks and really slam someone,” he said. “If there was someone who was bigoted against homosexuals, they could take that out on someone and really punish them physically.

“Fighting in MMA and being openly gay hasn’t presented a problem,” he said. “I think the only way it would is if I were to do something to make them uncomfortable and made it an issue. I think because of my personality and the work ethic I have that people are able to forget about that and they are able to overlook it.”

Others are looking up to Faulkner as a source of encouragement. He said many people, including some athletes and even former high school classmates, have expressed their support and shared their personal experiences.

“I do have people come up to me and tell me that I inspire them and have helped them overcome this type of pressure. They say I help them to be who they are and not be afraid anymore,” he said.

Still, he said he doesn’t want to be identified as merely “the gay MMA fighter,” but instead to be known as Jordan Faulkner, one tough guy.

“I’ve been through quite a journey,’’ he said. “None of it’s been easy and it’s still rocky. “I’m still trying to overcome a lot of obstacles and a lot of peaks and valleys while trying to find my clear path to the top. Do I think it will be a clear path? I don’t. But I think the tough road I’ve been traveling has built me. It’s toughened me up and made me who I am.”

The Faulkner vs. McAndrews fight is the 10th of 11 professional and amateur MMA and kickboxing bouts on the Combat Zone 58 card, which is highlighted by the main event for the Lighteweight Amateur Championship in a battle of undefeated fighters. Sky-rocketing star Shawn Melanson (3-0) of Manchester, N.H., who cross-trains at New England Top Team in Windham and Gate City MMA in Nashua, makes the first defense of his belt when he matches up against David Brown (2-0) from Laconia at 155 pounds.

The top amateur fighter of the night will take home the trophy from Chang’s Tae Kwan Do America in Methuen and Lawrence.

Here is the fight card (subject to change) by weight class: