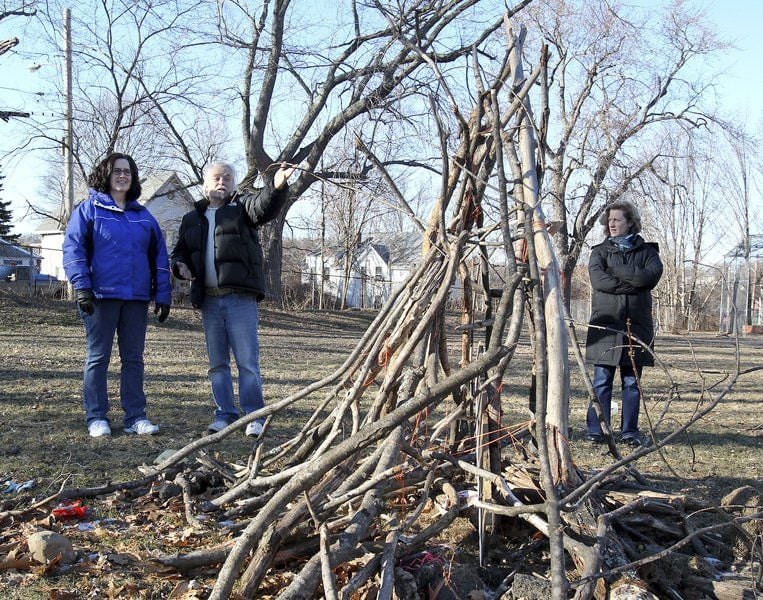 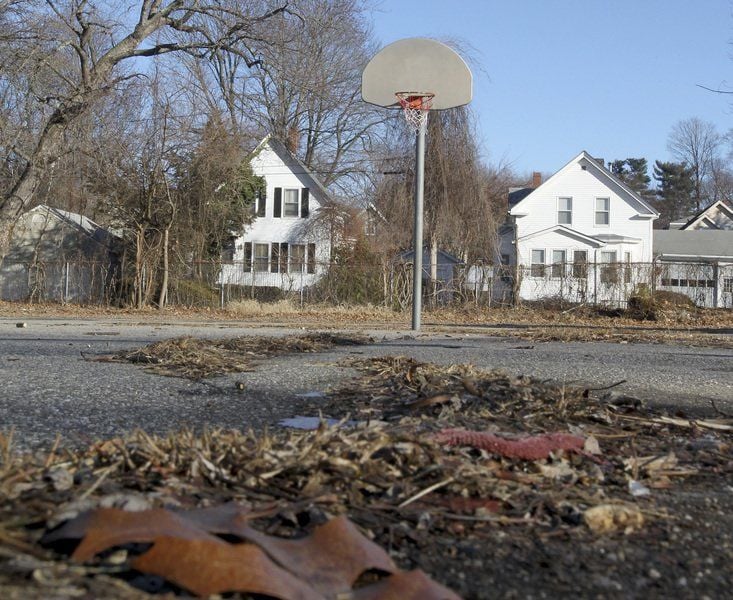 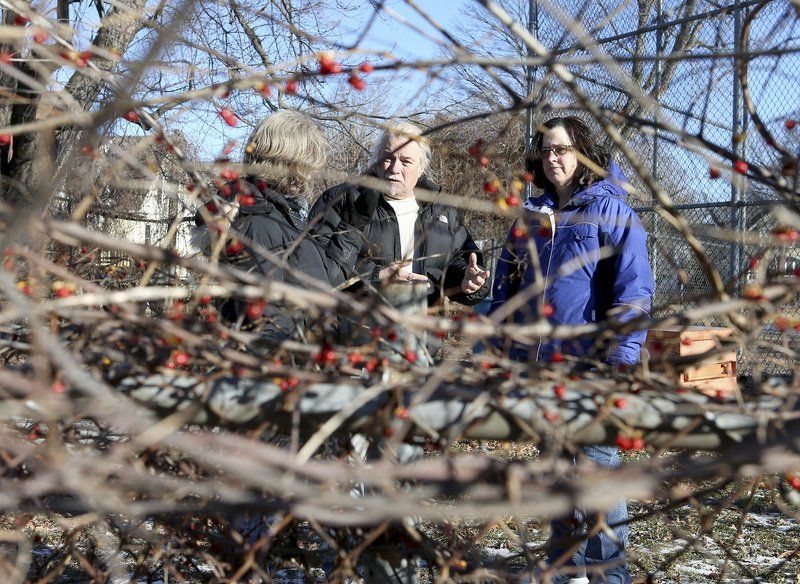 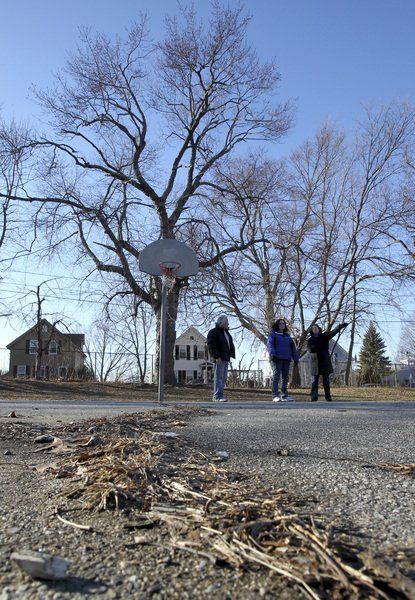 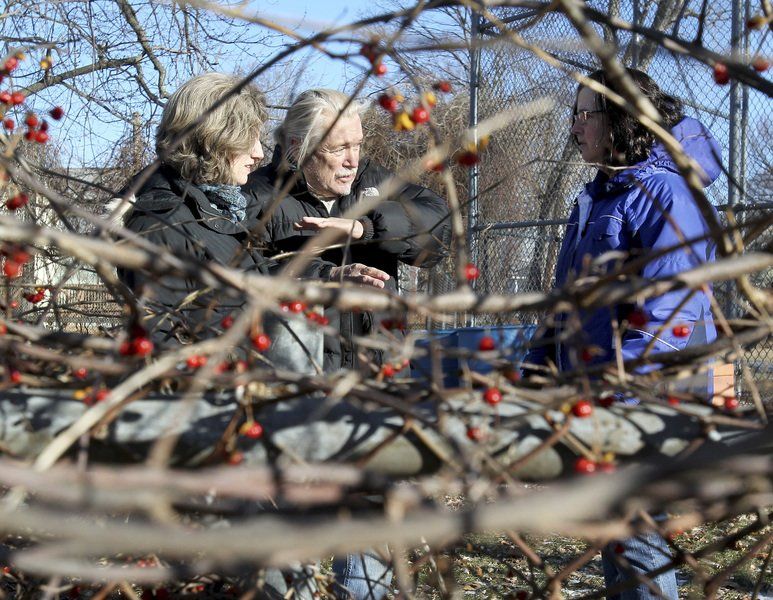 HAVERHILL — Neighbors are complaining that the fence surrounding the Wood School playground park on Germain Avenue has become overrun with invasive plants, including poison ivy.

They want to city to get rid of the overgrowth, which will also open up a better view of the park.

City officials said they can't use pesticides to kill the poison ivy, so they came up with another solution: Goats.

In the spring, the city plans to bring in goats provided by a local business. Officials said the animals will eat their way along the park's perimeter, clearing it of invasive plants that reach a height of 8 feet or more.

"It's a great park that you could go to and enjoy, but in recent years it's become run down and overgrown," said Bert LaCerte Jr., who lives across from the park. "There's a utility pole that's so overgrown that the street light never turns off, not even during the day."

The Wood School playground, located behind the Wood School day care center run by the city, is used by children in the program as well as by neighbors and local youth baseball leagues.

But neighbors said the park has been neglected while other parks in Haverhill get improvements, including Swasey Field, which continues to undergo a big makeover, and GAR Park, which was recently renovated.

"We have a park here in Bradford surrounded by young families with children and nobody wants to use it,'' LaCerte said. "Parents are afraid of the poison ivy that is growing everywhere. The whole neighborhood is wondering why the park has been allowed to become run down."

City Recreation Director Vincent Ouellette said that since October, the city has responded to several concerns from neighbors. He said workers removed some of the overgrowth and also took down dead tree limbs that posed a safety hazard.

"The Highway Department cleared out a lot of brush along the fence line, but it's still not the best," Ouellette said. "We met with a man to bring goats up there, which is a new way of controlling weeds and poison ivy. You can't go in with pesticides as it's public property and a school zone, so you're limited as to what you can do. Goats seem to be the way to go. They love to eat poison ivy."

Ouellette said the plan is to bring goats to the Wood School playground and have them live there for a weekend.

"They should eat it clean in two days. Then it's a maintenance issue of keeping the growth in check," Ouellette said. "And it's pretty reasonable at $150 a day.

"We've never done it before, but we've looked at results from other communities and it seems like a viable alternative for the Wood School park and even a few other spots like Merrimack River Park on Route 110,'' he said. "They'll eat everything, but they love poison ivy."

LaCerte wonders if the goats will have to be brought back repeatedly. He also wants the city to do much more and hopes that funding can be found to make improvements to the park.

"Other than a swing set, there's absolutely nothing here," said LaCerte, 65, who grew up in the Germain Avenue home he lives in.

He said children, including those who attend the Wood School program, have so little to do in the playground that they gathered sticks and built what looks like a tipi to entertain themselves.

"We used to have so much here when I was a kid, including a swimming pool and a mammoth swing set with eight seats as well as a see-saw," LaCerte said. "The park used to be a hub of excitement and now it's just broken down basketball courts, the remains of an old tennis court and seats behind the backstop that are turning sideways."

Ouellette said the city installed a new clay infield last fall and that it will be treated with a safe material that inhibits the growth of grass.

"The diamond gets use by Riverside Bradford Baseball, but it doesn't get the use it did in the past," Ouellette said. "There used to be 2,500 kids playing organized baseball in the city, but now it's down to about 1,000 kids."

Ouellette said the park's broken gate will be removed because it's not needed and that the basketball court will get some attention.

Wayne Perry, 53, grew up in the neighborhood and now lives on South New Street, close to the park.

"When I was growing up here, we had swing sets, monkey bars, a merry-go-round and a tennis court that's now gone," Perry said. "When I want to shoot hoops with my two young sons, we have to drive to another park. I'm afraid we'll get hurt as the court here is in such bad shape."

Perry said that during the last city election, candidates for City Council came knocking on his door and promised to find money to renovate the park.

"Now that they're in office, it's fallen on deaf ears," Perry said. "We pay our taxes, too. Why can't we get some of the love over here in Bradford?"

Ouellette said the Wood School park's backboards and hoops are fine, but that repairs needed to other parts of the basketball court will happen this year.

"We want to fill in the cracks of the playing surface," Ouellette said.

LaCerte and Perry both wonder why the city can't obtain a state grant like it did for GAR Park, which recently underwent an overhaul that included the installation of a set of playground equipment for children. LaCert said he can't understand why the city would improve a park in an area where few children live, while the Wood School park is surrounded by young families with children.

Ouellette said the type of grant that paid for improvements to GAR Park targets neighborhoods that are lacking in recreational opportunities.

"For the Wood School park, it's a matter of continuing the things we started and not do a complete overhaul," Ouellette said.

"The city needs to make a bigger effort to restore the park," LaCerte said.