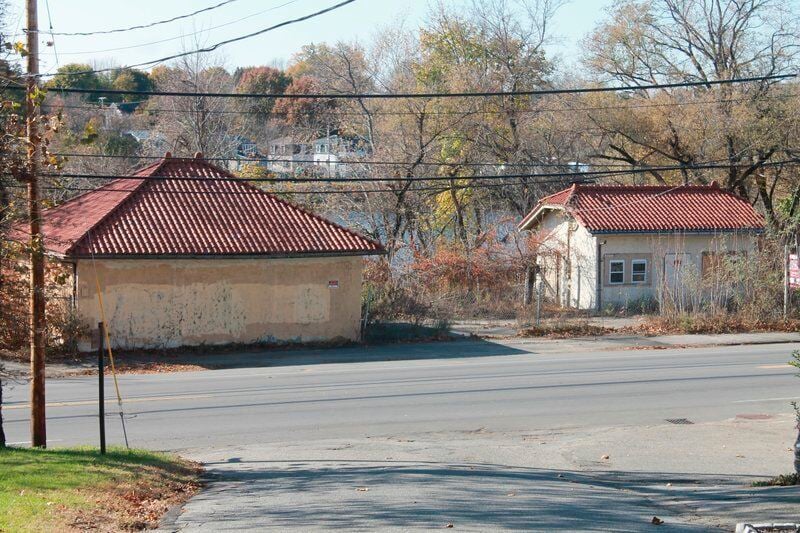 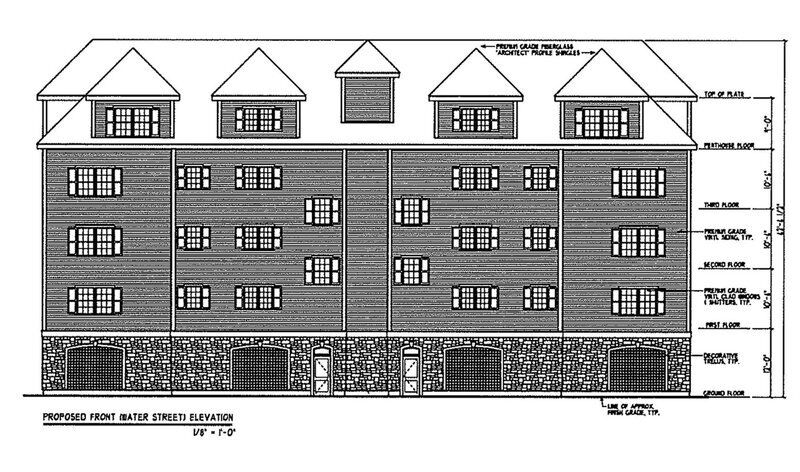 Courtesy imageThis is an artist's drawing of what the project would look like from Water Street.

Courtesy imageThis is an artist's drawing of what the project would look like from Water Street.

HAVERHILL — The eyesore that was once home to the Skelley Motors gas station is poised for redevelopment into nine market-rate condominiums overlooking the Merrimack River.

Vacant for decades, the property at 229 Water St. sits between the entrance to the Buttonwoods Riverside Trail and Mike's Sunoco gas station.

When the project comes to fruition, it could serve as a catalyst for the redevelopment of other properties along the river, including the former Cleary's Cleaners and Friends Landing sites on Water Street, said City Councilor William Macek, chairman of the council's Planning and Development Committee.

Two other large projects that have been proposed for the Bradford side of the river include the Riverview Condominiums project at 38 Railroad St. and a 290-unit apartment complex at the site of the former Ornsteen Heel company property.

Sal Lupoli's Heights at Haverhill project on downtown Merrimack Street also came under the city's waterfront overlay zoning, as did the boardwalk next to the Harbor Place complex, Macek said.

"As these things start to happen, other developers will see the opportunities and be willing to get involved," Macek said. "Someone has to break the ice like the Cordovan, which heralded other housing projects in old mill buildings and created a downtown village."

The Cordovan is a building from Haverhill's shoe-making industry which thrived generations ago. The building was the first of several vacant downtown Haverhill structures that developers converted to housing about a decade ago, boosting the economy of the city center.

Macek said Haverhill has eight different waterfront zones along the river that provide opportunities for developers.

"We were told for years, prior to the waterfront overlays (zones), that developers were hesitant to come to Haverhill because there was no guarantee they would get through the special permit process," Macek said. "Now with the overlays, developers have assurance that if they meet the conditions of the overlay zoning, they will be able to get approval for construction."

The five-story project would include eight two-bedroom units and one one-bedroom unit, and have nearly double the amount of parking required by the city, Migliori said.

"Although modest in scope, I believe it is a project that will stimulate other projects," Migliori said in requesting a special permit from the City Council late last month.

The project will require approval by various city departments before a building permit is issued, but the proposal will not need to go before the Planning Board.

Migliori said the site was once contaminated but has been cleaned up. He termed the project "first class" and said it will transform the property into a "vibrant entrance to downtown Haverhill" which is a short distance away.

He said Larvanco LLC is owned by Ed Lardieri of Haverhill and Gary Van Geyte of Chester, New Hampshire.

Migliori said the developer could have built up to 14 units on the site, but that the project was scaled back to nine units.

He said the project received approval from the city's Economic Development and Planning Department.

In a letter to the council, Migliori said two new catch basins are proposed for the rear of the property to collect storm water runoff. Any emergency overflow will be treated in a detention system and redirected to a new outfall on the bank of the river.

Architect Paul Bergman of Haverhill said the developer wants to build a walking trail along the back of the property bordering the river and connect it with the nearby Buttonwoods Riverside Trail. The new trail section would be separated from the project's parking lot by a wooden fence, Bergman said.

Bergman told the council about an unrecorded, active but broken underground drain line that collects water from the Water and Mill streets area and crosses the property. He said the developer is working with the city in sharing the cost of building a new drain line, which has already been designed.

Councilor Thomas Sullivan supported the project, saying it would enhance the area and have little impact on the neighborhood, which he said consists of a gas station, a cemetery and the Buttonwoods Museum.

The council approved the special permit with conditions, including not approving occupancy permits until the walking trail is completed to the city's satisfaction; that the sewer system meets requirements of the city's water and wastewater departments; and that snow storage and salt usage meet requirements of the Conservation Commission.