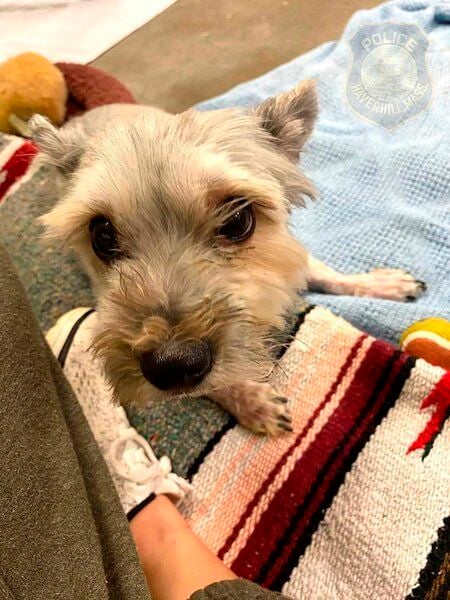 Courtesy photoAccording to Animal Control Officer Michelle Cannon, the dog is believed to be a Yorkie mix whose fur was heavily matted when found near Route 110 in Haverhill. He was cared for at Bulger Veterinary Hospital in Lawrence and given a clean bill of health. 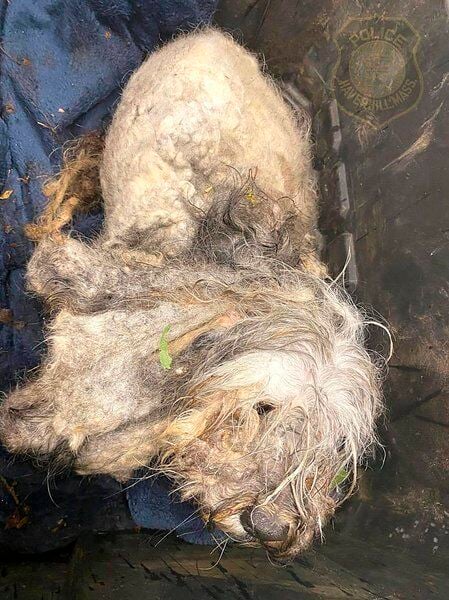 Courtesy photoThe Haverhill Police Department's Animal Control Unit seeks information as to the owner of this dog, who was found abandoned on Bradley Street in Haverhill on the evening of July 1.

Courtesy photoAccording to Animal Control Officer Michelle Cannon, the dog is believed to be a Yorkie mix whose fur was heavily matted when found near Route 110 in Haverhill. He was cared for at Bulger Veterinary Hospital in Lawrence and given a clean bill of health.

Courtesy photoThe Haverhill Police Department's Animal Control Unit seeks information as to the owner of this dog, who was found abandoned on Bradley Street in Haverhill on the evening of July 1.

HAVERHILL — Animal Control Officer Michelle Cannon was falling asleep last Thursday night when her phone rang. It was the Haverhill Police Department asking her to head to Bradley Avenue to help care for a dog that a passing motorist worried had been hit by a car as they saw it near the busy traffic off of Route 110.

Cannon headed to the area where the dog was found and realized that the dog was not hit by a car, as the 911 caller had reported, but instead, needed much more care. The dog she found — believed to be a Yorkie mix — was located full of matted fur in a wooded area underneath a bush, she said. It was dark and pouring rain and the owner was nowhere in sight.

“(The driver) thought he was hit by a car, which is a safe assumption on a dark, rainy night, so they called the police,” Cannon said. “Essentially when everyone arrived, before I got there, the dog's matting was so big that it looked like he had a big tumor, but that was the matting.”

Once the dog was safely in the custody of Animal Control, Cannon took it to Bulger Veterinary Hospital in Lawrence for a checkup. Doctors took the dog’s vitals and determined he was in good health, estimated to be 2 or 3 years old. The dog does not have a microchip, Cannon said, which may have led to the identity of the owner had there been one in place.

Now that the dog is safe and healthy, Cannon has started to search for the owner of the dog she named “Bradley,” after the location where he was found. After all, she joked, “‘John Doe’ isn’t as cute.”

A message was posted on the Haverhill Police Department's Facebook page Wednesday afternoon with before-and-after photos of the dog in hopes that the owner or someone who is familiar with it will come forward. Police have opened an investigation, according to Cannon, based on the dog's condition.

“This condition did not happen overnight,” she explained. “The dog was definitely not outside for an extended period of time. Due to the extreme heat we had and all its matted fur, it’s unlikely the dog would have survived. We look for things like bugs or ticks on dogs that have been outside for a long time and this dog didn’t have any — he was found very shortly after he ended up at that location. We’re just trying to find out why and how he ended up in this condition.”

While Cannon acknowledges that the picture that shows the dog as he was found may be difficult to view, she said it may help identify where the animal came from.

“The ‘before’ picture is going to be how anyone knows where this dog lives,” she said. “That’s how they saw it. It would have to be someone visiting someone’s house, it could be a family member or a cable guy — we don’t care who you are.”

Anyone with information on the dog is asked to call Animal Control at 978-374-2415. Tips can remain anonymous.

“If you have a dog who needs help with grooming, there are financial assistance programs out there," Haverhill Animal Control Officer Cannon said. "Don’t let your dog get in this condition. Asking for help is not a crime.”

Depending on where pet owners reside, various low cost grooming programs are available, with grooming available for as little as $25, Cannon said. Some services may even be free depending on an owner's income.

More information is available by calling a city or town's animal control office.