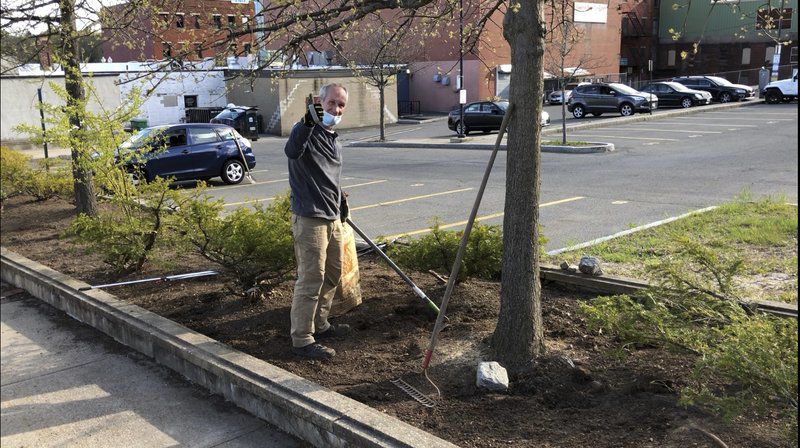 Courtesy photoKarl Brunelle, wearing a mask to prevent the spread of COVID-19, flashes the thumbs up sign during a Team Haverhill cleanup project downtown. 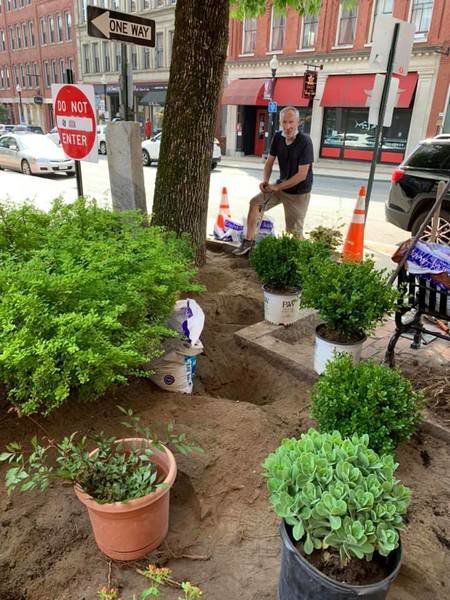 Team Haverhill volunteer Karl Brunelle spruces up the downtown district on a daily basis, making sure plants and shrubs are watered.

Courtesy photoKarl Brunelle, wearing a mask to prevent the spread of COVID-19, flashes the thumbs up sign during a Team Haverhill cleanup project downtown.

Team Haverhill volunteer Karl Brunelle spruces up the downtown district on a daily basis, making sure plants and shrubs are watered.

Team Haverhill president Kevin Burke said there's not a garbage can in the downtown Brunelle hasn't spruced up or a plant there he hasn't watered.

"Karl has put endless hours into improving our community," said Burke, who nominated Brunelle as a Hometown Hero.

Brunelle moved 12 years ago to a condo in downtown Haverhill from Sandown. When he says he takes pride in his volunteer efforts in the city center, he really means it.

"When I step out the front door of my (downtown) home, it's like that's my yard, so I care for it just like I would in a rural home," Brunelle said.

Out of work during the COVID-19 crisis when the electronics manufacturer he works for shut down, Brunelle was able to devote extra time to Team Haverhill efforts.

"During the pandemic, so much was changing and routine was important to me," Brunelle said. "Volunteering was something that could be constant."

Recently elected to Team Haverhill's board of directors, Brunelle has achieved victories for the civic group, include reclaiming the parklet at the entrance of the Washington Street-Wingate Street parking lot for the organization, Burke said.

Now that the Farmers Market is up and running at the downtown parking deck, Burke said Brunelle will be a mainstay — smiling at patrons from behind his mask as they pick out produce.

"He volunteers every Saturday,'' Burke said, "helping from set-up to break down, each and every week.''