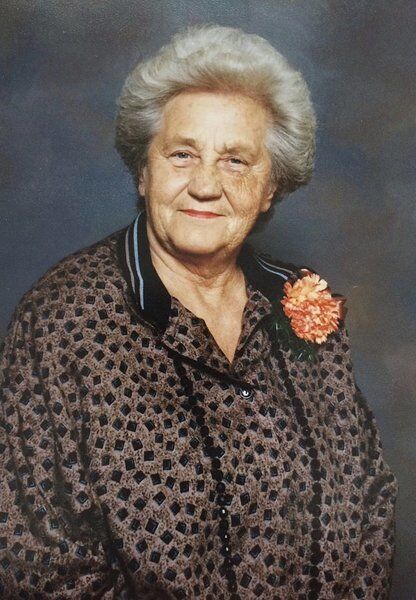 Theresa Baumann served three terms on the Haverhill City Council, and was its first female vice president, from 1974 to 1975. 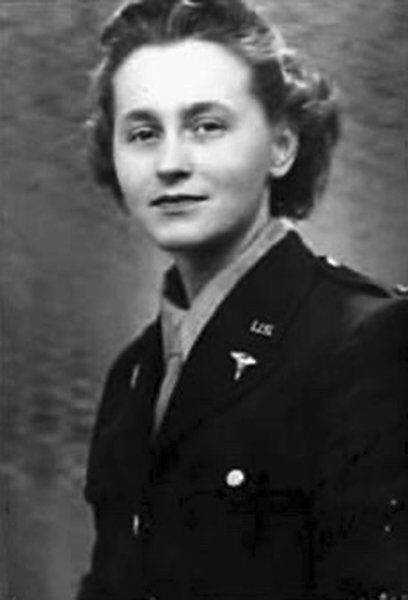 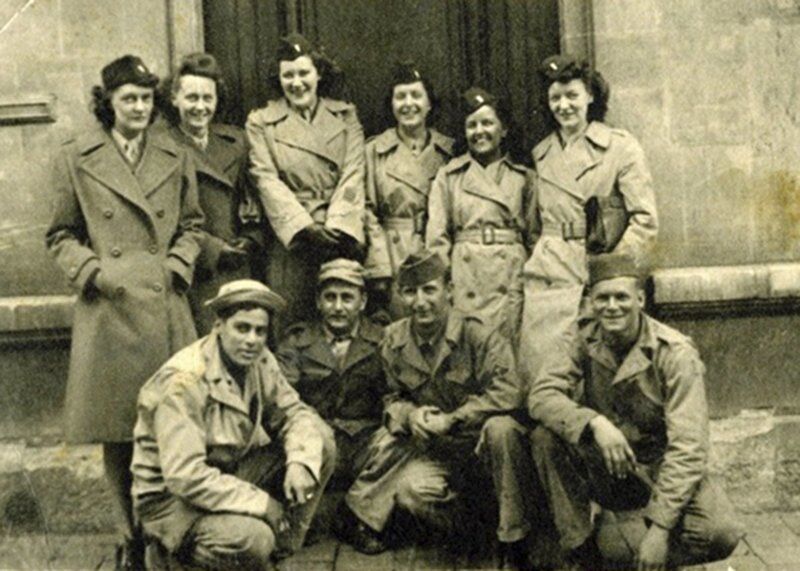 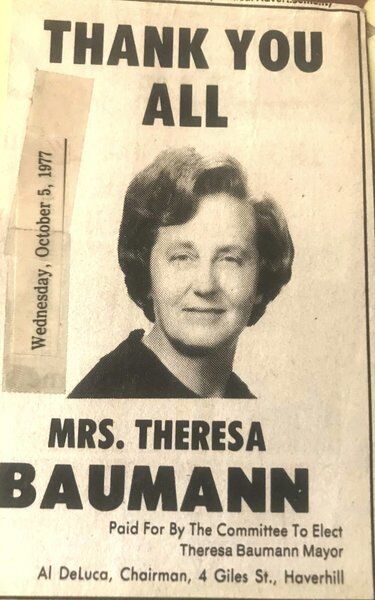 Whether she won or lost a campaign, Theresa Baumann focused on helping her neighbors in Haverhill.

Theresa Baumann served three terms on the Haverhill City Council, and was its first female vice president, from 1974 to 1975.

Whether she won or lost a campaign, Theresa Baumann focused on helping her neighbors in Haverhill.

Nearly 30 years after her death, Theresa Baumann still stands out in the story of Haverhill.

That was certainly the case on Purple Heart Day, Saturday, Aug. 7, when she was the only woman to be recognized in a ceremony at Haverhill's G.A.R. Park.

The Purple Heart Medal recognizes death or injury sustained in combat and Baumann received hers during World War ll, while serving in Germany with the U.S. Army Nurse Corps.

"She was on duty when a 'buzz bomb' hit an abandoned home that her team was using as a makeshift hospital," said John Michitson, Baumann's nephew and a Haverhill city councilor. He was reading from a biography composed by Sandra O'Dea, his cousin and Baumann's daughter. "When the bomb went off, shattered glass and debris went everywhere. She was hit in the eye... Fortunately, the doctors were right there and were able to remove the debris."

O'Dea said that there was some scarring around her mother's left eye, but that otherwise the wound healed well.

"I remember her saying, 'It's literally only because the doctors were right there,'" O'Dea said. "Had it not been for that, she was sure there would have been lasting consequences."

Baumann, whose maiden name was Michitson, graduated from Haverhill High School before enrolling in the nursing program at Burbank Hospital in Fitchburg. She finished early, in November 1942, then enlisted in the Nurse Corps in March 1943.

Baumann served for three years, 23 months of which was spent overseas in England, France, Germany, Holland and Belgium. She was promoted to First Lieutenant in 1944.

The impact of all that wartime experience first hit home for O'Dea one time in her 20s, when she and her mother were watching television during Operation Desert Storm in 1991.

After seeing images of explosions, she asked Baumann if she could imagine what it must be like, to experience such violence and chaos.

But along with the hardships that she endured in the war, Baumann also met the man she would later marry, Captain Harold Baumann of Iowa. In addition, she developed a bond with four other nurses that lasted the rest of their lives.

"Their entire tour of duty, these five women stayed together, and wherever they were transferred or shipped out to, they formed this incredible friendship," O'Dea said. "Three of them actually met their husbands over in Europe."

The women held reunions, sometimes in California and at other times in Seabrook, New Hampshire, where O'Dea would listen to them talk about the war.

"That story about taking over an abandoned building, when she got her Purple Heart, that was like an original MASH unit," she said, referring to Mobile Army Surgical Hospitals, which became standard during the Korean War. "They took over a home wherever they needed to."

Baumann and another nurse would also laugh about the times when air sirens went off in London, warning them to seek shelter underground, which the two women refused to do.

"They were claustrophobic," O'Dea said. "They'd stay in the threshold of a doorway."

But Bauman's challenges weren't limited to what she saw and suffered during World War ll. She lost her husband at age 42 to a heart attack, in 1959, when she was 39 and pregnant with their fourth child.

Baumann nevertheless persevered, raising her children and continuing with her nursing career, in which she eventually rose to become Assistant Director and also Acting Director of Nurses at Hale Hospital.

She also launched a political career in 1965 that would include several remarkable moments, including challenging the election results after her first, unsuccessful campaign for City Council.

The Haverhill Gazette stated that was "the first time in many years—perhaps since Haverhill's incorporation as a city," that someone had contested the results of a vote.

When she ran again in 1967 and won, Baumann became only the second woman to win a seat on the City Council, where she eventually served three terms. In another first, she became Haverhill's first woman Council vice president when she occupied that position from 1974 to 1975.

In addition, Baumann was the first woman to run for Mayor of Haverhill, O'Dea said, and though she lost two bids for that office, Baumann never stopped working for her neighbors.

"Her whole thing was about helping people," O'Dea said. "If she lost, she would still be out there. If there was a pothole that needed fixing, she would go to City Hall and fight for them."

Baumann's campaign interviews reveal an impressive grasp of city finances, and an abiding concern for the economic interests of working people in Haverhill.

She was also a champion of city-owned Hale Hospital and, as a parent of four children, was greatly concerned with the local school system.

"She was very involved with senior citizens of Haverhill," O'Dea said. "It was important to her to be their voice, and to represent them."

The Purple Heart that Baumann received during the war, which Haverhill recognized on Aug. 7, acknowledged her devotion to her country, and represented an important part of her life.

But a different kind of tribute was paid to Baumann by her fellow citizens after she died, with an enormous turnout that caught O'Dea by surprise.

"At her funeral we said, let's do a drive-by of the house she and dad lived in," O'Dea said.

They drove from H.L. Farmer and Sons Funeral Home on Summer Street, down across the Basiliere Bridge into Bradford, and started back after passing Chick's Roast Beef.

"When we came around, there were still cars coming out of Haverhill," she said. "To me, that was such a tribute to my mom."