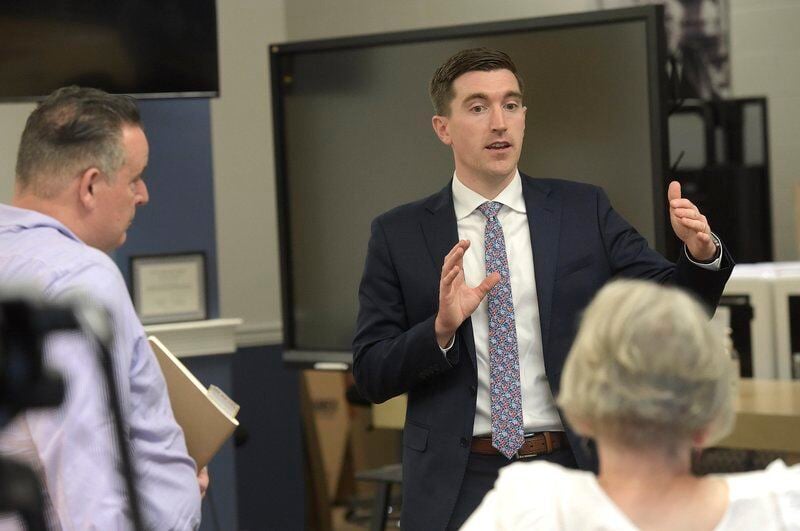 TIM JEAN/Staff photo Jason Meland, center, answers question from School Committee members Richard Rosa, left, and Gail Sullivan during a tour of the school. Meland has been selected as the new principal of Haverhill High School. 6/8/21 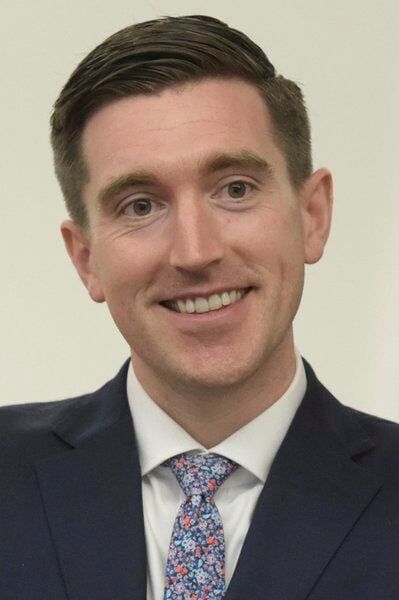 TIM JEAN/Staff photo Jason Meland, center, answers question from School Committee members Richard Rosa, left, and Gail Sullivan during a tour of the school. Meland has been selected as the new principal of Haverhill High School. 6/8/21

Marotta noted in a post on the Haverhill Public School's Facebook page that the selection process played out over a month's time and included resume screenings, interviews, conversations, and deliberations with a series of candidates.

Both participated in a series of meetings and interviews last Tuesday at the high school.

Throughout the day, they each toured classrooms, took questions from students, and also met with members of the School Committee, high school staff, deans, administrators and Marotta. The process continued with a survey of people who participated in the interviews and meetings, followed by reference checks and final interviews, culminating in Marotta's pick for the person to replace the outgoing principal, Glenn Burns.

"I’d like to thank all the staff, families, school committee members, and most especially the students who joined me in this rigorous process," she said. "It was a lot of work, but I believe that our efforts are being rewarded with an exceptional leader rising to the top."

The city launched a search for a new leader of Haverhill High after Burns accepted the top job at Salem, Massachusetts, High. He begins July 1.

Marotta called Meland an experienced building leader who also served in a leadership role at the Prospect Hill Charter School in Cambridge and that during his time at Prospect Hill, he completed Boston College’s Aspiring Principal’s Program at Lynch Leadership Academy, a nationally recognized model for training urban school leaders, with a focus on equity, and systems improvement, as well as increasing opportunities and outcomes for all students.

"Our present HHS Principal, Mr. Burns, is also a Lynch Leadership graduate," Marotta said. "I am happy to share that Mr. Meland is interested in continuing and growing the good work already in progress at Haverhill High School."

"In addition to his time at BC, Mr. Meland has also earned a Master of Arts in Teaching from Marina University, and an undergraduate degree from the University of Wisconsin," Marotta added.

Meland is bilingual and speaks and writes fluent Spanish. He is also a soccer coach, a father, and a husband, Marotta said.