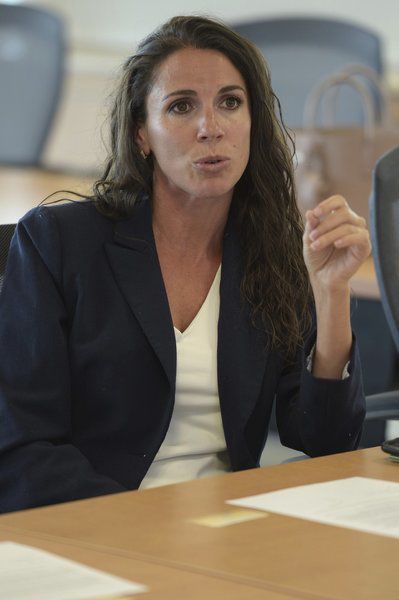 TIM JEAN/Staff photoState Sen. Diana DiZoglio talks with Veronica Lewis, 16, of Haverhill about her invention designed to keep sharks away from swimmers. 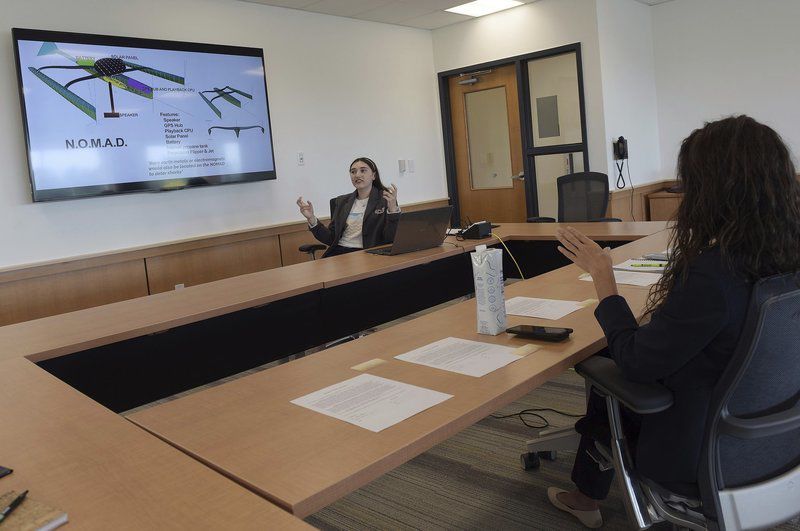 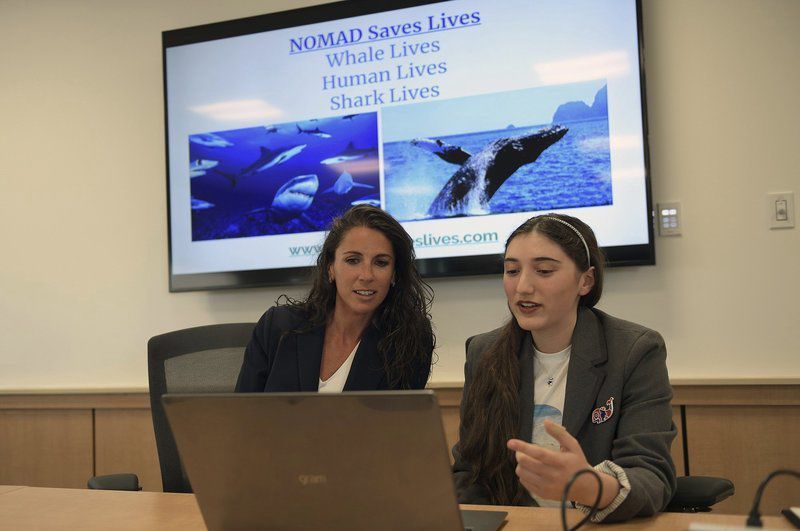 TIM JEAN/Staff photoState Sen. Diana DiZoglio talks with Veronica Lewis, 16, of Haverhill about her invention designed to keep sharks away from swimmers.

HAVERHILL — No one wants to be swimming or surfing in an area where sharks are lurking.

In hopes of preventing a tragedy, a successful young Haverhill inventor has come up with idea for a shark aversion device and is seeking money to create a prototype that can undergo testing by experts.

As Veronica Lewis continues to tweak her NOMAD device designed to prevent mammals such as whales from beaching, she's looking to also use it to keep sharks away from areas where people swim and surf.

Veronica, 16, of Haverhill recently introduced her new idea to state Sen. Diana DiZoglio, D-Methuen, in hopes it will gain the support of legislators and possibly the interest of seacoast communities.

Veronica plans to enter her junior year this fall at Georgetown Middle/High School.

She said experts at the Woods Hole Oceanographic Institution like her idea, but told her they don't have the resources to create a working prototype they can test under realistic conditions.

"I spoke to a staff member at Woods Hole in March and they loved my idea," Veronica told DiZoglio at a meeting in the UMass Lowell iHub in the Harbor Place building on Merrimack Street.

With her mother, Nancy Lewis, looking on, Veronica took DiZoglio through a slide show presentation that explained the mechanics of NOMAD, a Navigational Ocean Mammal Assistance Drone designed to emit whale sounds to guide whales and sea mammal pods such as dolphins to safe areas of the ocean to prevent stranding.

Her latest idea is to outfit NOMAD with what she said is a technology proven to deter sharks, which involves the use of special magnets.

She said she got the idea from watching a science show about surfers in Australia who use the same technology, but in a way different than she wants to use it.

If she can get money for the project, Veronica hopes to build a trimaran prototype that would be powered by solar panels and remotely controlled with GPS positioning.

"I'm excited to bring this shark deterrent technology to my NOMAD, which would provide an economic incentive to interested parties such as the tourist industry and seaside communities," Veronica said.

DiZoglio was impressed with Veronica's slide presentation and asked the young inventor what she needs to create a working prototype that can undergo real-world testing.

"I commend you on your idea and making it understandable," DiZoglio told Veronica. "I want to invite you to the Statehouse to meet with some of my colleagues to discuss your idea, including those who represent our coastal communities."

Following the meeting, Veronica said she felt inspired by DiZoglio and was excited about the interest she showed toward the idea.

"It was amazing to meet with her, and I'm really happy that she's on board with the project and me," Veronica said. "I can't wait to work with her."

More information about NOMAD is available online at www.nomadsaveslives.com.