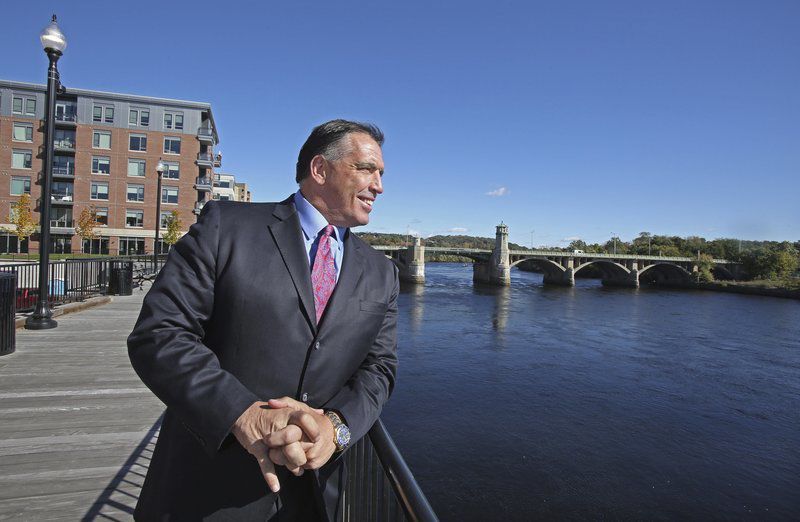 MIKE SPRINGER/Staff photoDeveloper Sal Lupoli looks out over the Merrimack River from the boardwalk in downtown Haverhill, near the place where his Haverhill Heights project is under construction. 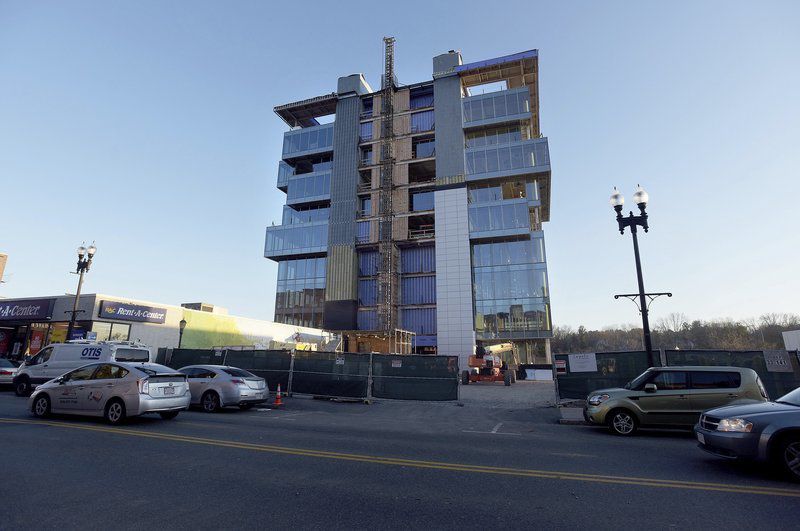 MIKE SPRINGER/Staff photoDeveloper Sal Lupoli looks out over the Merrimack River from the boardwalk in downtown Haverhill, near the place where his Haverhill Heights project is under construction.

HAVERHILL — With the Haverhill Heights commercial-residential building well on the way to completion downtown, developer Sal Lupoli said he was shocked to hear a city councilor complain that Lupoli missed mortgage payments on land where the 10-story project sits.

Lupoli said he was especially surprised at the comments since the city, to which he is making payments in a series of installments, never sent him a payment invoice.

What's more, the well-known developer argued, a check for a missed payment was already in the mail by the time Councilor Colin LePage said last week that Lupoli owed the city more than $225,000. Lupoli said he sent the check once it came to his attention that he owed money to the city, something he missed earlier because of the lack of an invoice. Lupoli said it was never his intention to miss a payment.

LePage said he was prompted to look into the Haverhill Heights financing after an unrelated large commercial-residential development involving land owned by the city — the Ornsteen Heel project along the Merrimack River in Bradford — came before the council last month.

In an email dated June 26 and obtained by The Eagle-Tribune, LePage brought his findings about the Haverhill Heights financing to the attention of Mayor James Fiorentini and City Solicitor William Cox. LePage attached the purchase-and-sale agreement to his email. That agreement provides details of Lupoli buying city-owned downtown land next to the river where he is building the Haverhill Heights project.

According to the purchase-and-sale agreement signed by Lupoli, he agreed to pay $701,000 for the riverfront parking lot next to Haverhill Bank on Merrimack Street — the lot where his high-rise building is being constructed. The payments were broken down into an initial $25,000 deposit and annual payments of $112,666 thereafter.

After checking with city Treasurer/Tax Collector Alicia McOsker and City Auditor Chuck Benevento, LePage wrote in his email that he believed the "first deposit" of $25,000 from Lupoli was received by the city before he sent Haverhill the first annual payment of $112,666 on June 15, 2018.

LePage said his records show the next two $112,666 annual payments from Lupoli were due on June 15, 2019, and June 15, 2020. Shortly after LePage suggested on July 8 that Lupoli missed those two payments, Lupoli told The Eagle-Tribune that a bookkeeping error caused him to miss the 2019 payment. He also said arrangements were being made for the city to receive his 2020 payment in the near future.

"The city never sent an invoice," Lupoli said. "Bill Pillsbury (the city's economic development director) called on Monday (of last week) and once I found out there was a mishap and that I owed $112,000 for 2019, I said they'd have a check this week. They said they'd send an invoice for 2020 later. Perhaps it was a mistake on their part. Maybe we should have known the payment was due."

Lupoli said he is "disappointed" he did not receive a call from LePage to inquire about the status of the payments.

"I've spoken to city councilors throughout this whole process, given them tours of the project," Lupoli said of the $30-million complex at 160 Merrimack St. which includes high-end apartments, restaurants, a rooftop lounge and function area, commercial-office space, and a culinary arts and hospitality school run by Northern Essex Community College.

"We came into Haverhill and spent $30 million to incentivize other developers to come into the area and I have to be honest with you, this isn't very welcoming ... something that doesn't have all the facts," Lupoli said of the suggestion he missed payments under questionable circumstances.

Fiorentini said Lupoli, like any other developer looking to build in Haverhill, must make any past-due payments before he can receive an occupancy permit from the city. The permit is necessary before residents and businesses can move into the building. Lupoli said he expects to receive the permit within a few weeks.

According to Fiorentini, Lupoli's $112,666 payment for 2020 to the city is not late because it is still within a grace period, while the late payment of $112,666 for 2019 is in fact overdue. Fiorentini's office said a formal demand letter was sent to Lupoli Wednesday of last week for the missed 2019 payment. Lupoli said he mailed a check for that payment last week when it came to his attention the payment had not been made.

"Haverhill Heights is a great project and we're happy to have him," Fiorentini said of Lupoli. "A billion dollars worth of Massachusetts projects have been canceled and the Lupoli project went forward and for that we're grateful, but obviously he has to make his payments just like everyone else. I'm more concerned about our processes. If someone owes us money, we need to make phone calls or send letters. We have no reason to doubt that he will get his account back on track. There's no danger of him building without (us having) the money."

Fiorentini and LePage both plan to discuss the Haverhill Heights situation at Tuesday night's City Council meeting. According to the council agenda, Fiorentini intends to talk about how payments are made to the city by Lupoli and Haverhill Heights, and also review the city's collection policies. LePage said he wants to discuss "oversight and enforcement of terms and conditions of city-negotiated contracts with private parties," including Haverhill Heights.