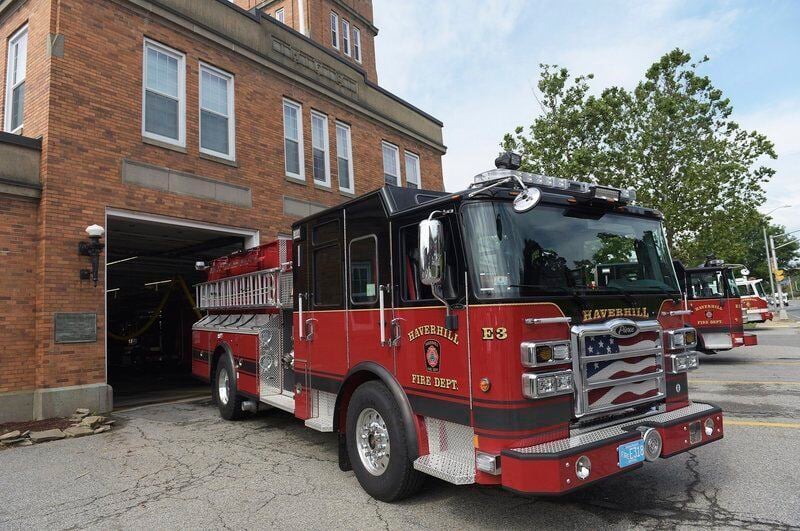 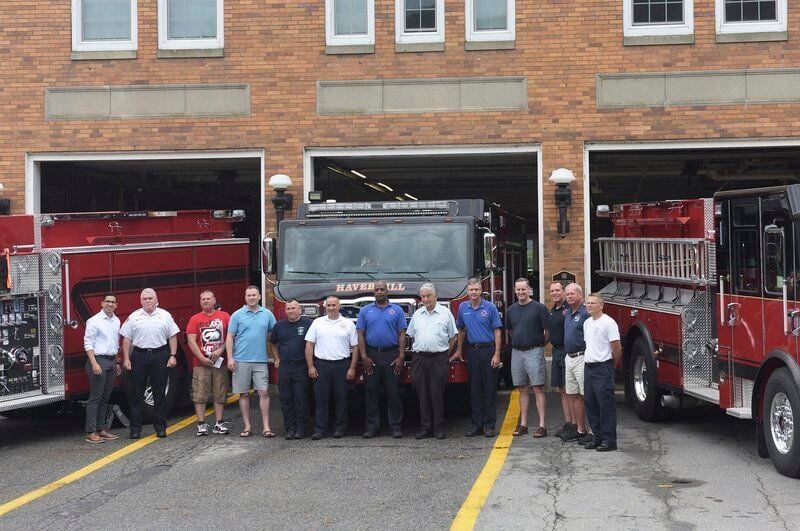 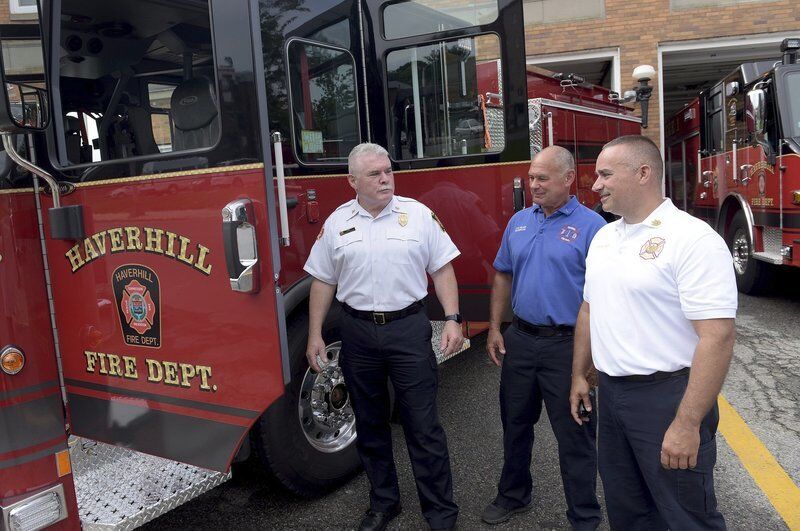 HAVERHILL — The two long-fought-for pumper trucks rolled into the Water Street station Thursday morning, with members of the Haverhill Fire Department able to get their first glimpses of the trucks made possible after six city councilors rejected Mayor James Fiorentini’s budget until he agreed to purchase the new vehicles.

Manufactured by Pierce and purchased through Allegiance Fire and Rescue by the city, the two pumper trucks are fully certified according to National Fire Protection Agency standards, with add-ons that best suit the Fire Department’s needs, Chief Bob O’Brien said.

The new trucks will allow older vehicles to be rotated through the department’s four stations — Bradford, High, 16th and Water Streets — so that the oldest trucks, 33-year-old Hahns, can be replaced.

“The new trucks provide reliability and an added water capacity,” O’Brien said of the newest pumpers, which allow the department to bolster its reserve fleet. “If one of those trucks (in the outer Rocks or Ayers Village stations) went down for maintenance or any other reason, we struggled to backfill — we didn’t have anything to replace it. Reserve trucks are very important.”

The department now has two ladder trucks, eight pumper trucks and a rescue truck, the chief said. The new trucks are instrumental to the fleet, he said, because pumper trucks carry water to a fire scene.

O’Brien, who was deputy chief under now-retired Chief William Laliberty during the budget process, expressed appreciation for all involved in getting the new trucks to Haverhill.

“The truck committee literally designed the trucks and our head mechanic looked at our needs and vetted all the different companies,” O’Brien said, of the team of firefighters who assisted in the process. “From start to finish, they saw the production of these trucks through and were a very important part of it. The citizens also backed us up, too.”

City Councilor Tim Jordan was in attendance Thursday to see the new fire trucks in person and said he was proud to be one of the six who stood firm that the trucks should be fully funded before the last budget was passed.

Last budget season, councilors asked Fiorentini to buy two fire trucks to replace the 33-year-old vehicles currently in use. Councilors said it was a good time to buy the vehicles because low-interest loan rates were available.

When Fiorentini refused, saying he was concerned about extra spending, Jordan along with Councilors John Michitson, Mike McGonagle, Colin LePage, Melinda Barrett and Bill Macek stood firm and voted down his proposed budget, forcing a 1/12th budget to be enacted for July 2020, which started the fiscal year.

Fiorentini’s $205 million spending plan for the 2021 fiscal year was approved the last week of July 2020 after the city had operated on a 1/12th budget and he finally conceded to purchase the trucks.

“I’m really proud of the councilors who voted the budget down to get here,” Jordan said after getting his first look at the new trucks Thursday. “We get safety for us (residents) and for the firefighters. It’s the old saying that we’re running away from fire and sending them in on antiquated equipment. We’ve operated in a crisis management mode for years, and that’s not a way to run a city.”

The mayor said the idea of buying two pumper trucks by amending the city's current fire truck replacement plan was proposed by Laliberty. An earlier plan that rotates and replaces fire trucks was developed by former Chief Jack Parow.