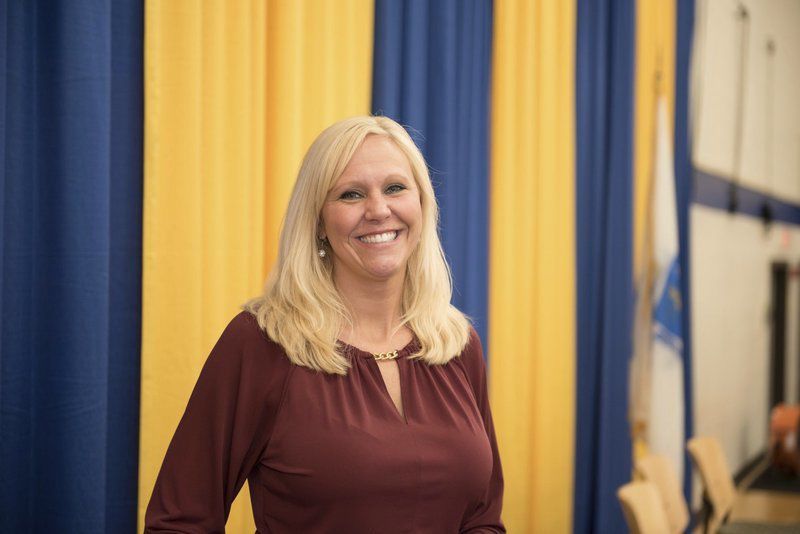 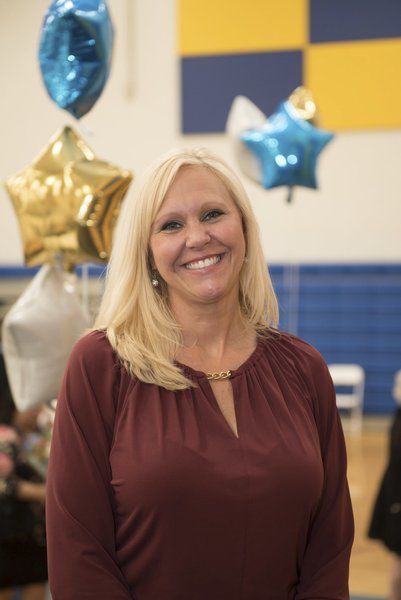 HAVERHILL — Jaime Romero got involved in the field of human services while in elementary school, when she volunteered to read to people with developmental disabilities and escort them on walks.

She has since dedicated her life to helping others, by supporting people “in their worst of times and in their best of times,” she said.

Romero, 41, director of the family shelter at Emmaus in Haverhill, will graduate Northern Essex Community College on Saturday with an associate’s degree in human service. She’ll be among 1,100 people receiving certificates and degrees during the college’s 56th annual commencement, held under a giant tent on its Haverhill campus.

Romero, who graduated Georgetown High School in 1994, said her education at Northern Essex has helped her explore options in the human services field, while leading her to resources to help her family.

The college also made it possible for her to balance the demands of school, work and life.

"I chose Northern Essex for the convenience and affordability,” she said. “Plus, when I met with advisers, they took into consideration my job and allowed me to get credit for my life experiences.”

Romero, who is graduating with a 3.95 average and is a finalist for student commencement speaker, said she’s always had a passion for helping others. This year's commencement theme is community service, civic engagement and the importance of being a good citizen.

In high school, Romero, whose maiden name is Hills, served as a volunteer firefighter and also volunteered at nursing homes. She began her career after graduation, working on the direct care staff at Fidelity House in Lawrence.

There she realized that she wanted to learn more and grow her career. She eventually became program director for a group home, then grew into the role of senior program director working with 16 group homes for people with disabilities.

"It was during this time when I decided that in order to keep growing, I would need to return to school," she said.

Romero started taking classes at Northern Essex in 2012, at nights and on weekends. She was a single parent at the time, raising twin daughters, Jessica and Juliana Doucette, now 15.

"My kids are so excited for me, and it's good for them to see that it's never too late to return to school," she said.

Romero said her Northern Essex education helped her to find resources for Juliana, who is on the autism spectrum and struggles with memory loss caused by a tumor in her head and neck.

Both girls cope with learning disabilities, and much of what Romero calls spare time is devoted to working with her daughters.

Juliana’s rare tumor was successfully removed in April 2017. Last August, the family took a trip to Disney World and Universal Studios in Florida, courtesy of the Make-A-Wish Foundation.

Spreading her passion for helping others, she recruited her new husband, Christopher Romero, who teaches at Central Catholic High School, and her daughters to volunteer at Cor Unum and Lazarus House in Lawrence. They serve dinner to the homeless, said Romero, adding that she hopes “my daughters will follow in my footsteps."

Romero, who started working at Emmaus two years ago, said she isn’t finished at Northern Essex. She plans to get her license in alcohol and drug counseling. She then aims to continue working toward a bachelor’s degree, possibly at Merrimack College.

"Eventually I'd love to become an executive director of a nonprofit or open my own nonprofit organization in the field of human services," she said.

In a nomination for commencement speaker, Romero wrote that she especially enjoys helping people “in their darkest days get stabilized and back on their feet and smiling again.”

“I get to support people in their worst of times and in their best of times,” she wrote.

"I see the faces of many of our families out in the heart of the community who are also making positive changes,” she added.

Romero said her mother and stepfather, along with her daughters and husband, will attend her commencement this weekend.

Her stepson from her first marriage, Adam Doucette of Amesbury, will be graduating with her, she said.

"Afterward, we'll all celebrate together,” she said.