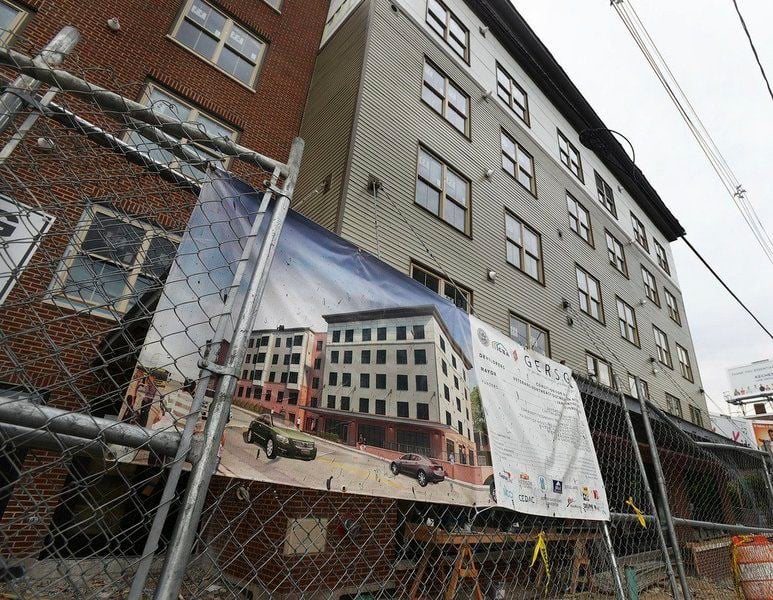 CARL RUSSO/staff photoAr artist's rendition of the finished product hangs from a fence outside the veterans housing complex being built at the site of the former Gerson Furniture building in Haverhill. 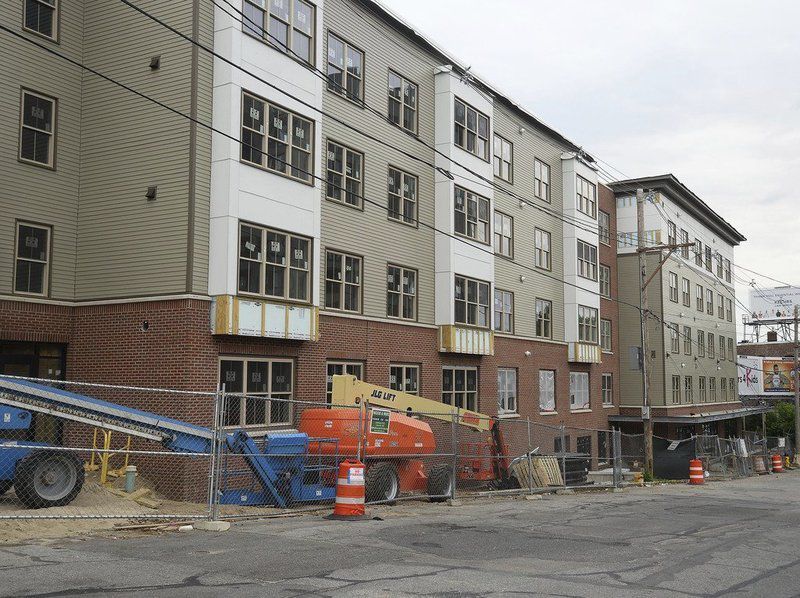 CARL RUSSO/staff photoConstruction continues on the veterans housing complex being built on Washington Street in Haverhill at the site of the former Gerson Furniture company. 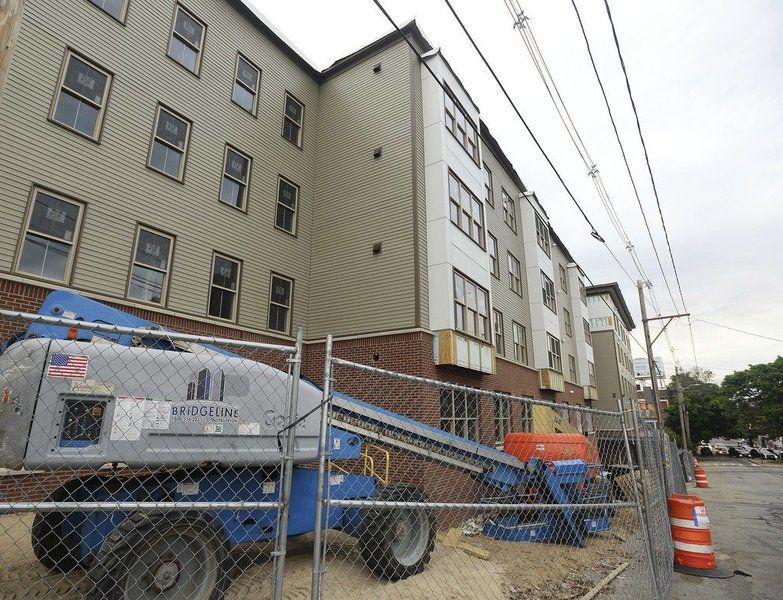 CARL RUSSO/staff photo A veterans housing complex is being built on Washington Street in Haverhill at the site of the former Gerson Furniture company.

CARL RUSSO/staff photoAr artist's rendition of the finished product hangs from a fence outside the veterans housing complex being built at the site of the former Gerson Furniture building in Haverhill.

CARL RUSSO/staff photoConstruction continues on the veterans housing complex being built on Washington Street in Haverhill at the site of the former Gerson Furniture company.

CARL RUSSO/staff photo A veterans housing complex is being built on Washington Street in Haverhill at the site of the former Gerson Furniture company.

HAVERHILL — For local military veterans and their families, it's almost time to come home.

Those who want to live in the center of Haverhill will have a chance to do just that at a 44-unit apartment complex being built for veterans.

With construction of the project winding down at the edge of the vibrant downtown, a lottery this summer will determine who gets to move in.

The lottery will be for one-, two- and three-bedroom apartments at the site of the former Gerson Furniture building. The property is on Washington Street and just west of Railroad Square, which is the entrance to that end of downtown.

Prospective tenants may submit applications for the lottery. It will take place Aug. 11 at 11 a.m. at 10 Reed St., Mayor James Fiorentini said. Seventy percent of the units are earmarked for veterans, according to Maloney Properties which manages the complex.

“There is a tremendous need for veterans housing in Haverhill and the Merrimack Valley and this project helps fill that gap,” Fiorentini said. “Our goal is that no veteran should be homeless."

The complex is called the Gerson Building after the store which stood there for decades.

Most of the building's units have rental costs of $1,047 to $1,453 per month, with many units several hundred dollars below market-rate prices for the area. Amenities in the new complex include air conditioning, onsite parking, laundry and around-the-clock maintenance. Heat, electricity and water are included in the rental cost.

Fiorentini said the City of Haverhill is one of many public and private financial partners who helped make the complex happen. The city first sought to transform the Gerson site into veterans housing in 2015 and worked on that effort closely with the late John Ratka of the Veterans Northeast Outreach Center in Haverhill.

“The demolition of the former vacant and blighted furniture building and the rise of this new modern building has been a big lift to this neighborhood,” Fiorentini said. “I am very pleased how it turned out and that they are ready to start filling these homes with veterans and their families.”

The units were built by Coalition for a Better Acre of Lowell and Veterans Northeast Outreach Center, Fiorentini said. The outreach center has developed several properties in Haverhill for use by veterans. Those sites include the former St. Rita's Church, which has become a veterans services center, and other nearby buildings that provide housing for veterans.

Lottery applications are available in the mayor’s office at City Hall, 4 Summer St. They can be also downloaded, along with additional information including income guidelines, at www.thegersonbuilding.com. Interested people may also call Maloney Properties at 617-209-5429 to request an application by mail or email. Applications must be submitted by Aug. 3.

The development is the latest in a series of housing complexes built in or near downtown during the last two decades. Several are in old shoe factories that were vacant for decades before being converted to residential units. Those projects, plus the addition of a variety of restaurants and other businesses, have revitalized the economy and social scene in the city center.