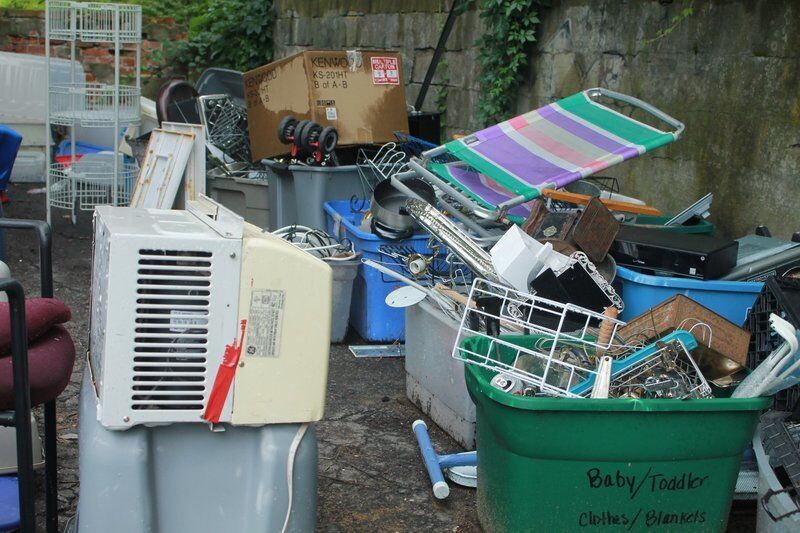 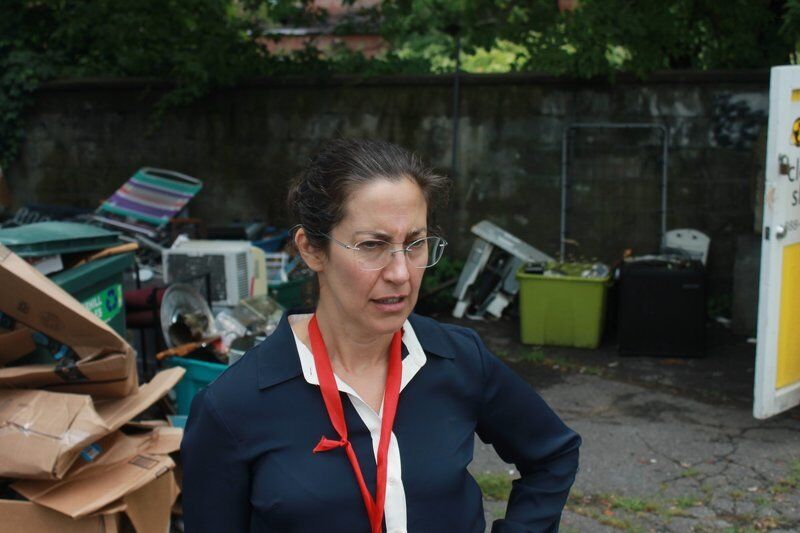 MIKE LABELLA/Staff photoAmy Smith-Boden, executive director of Ruth's House, surveys some of the junk that was recently left in the thrift shop's parking lot. 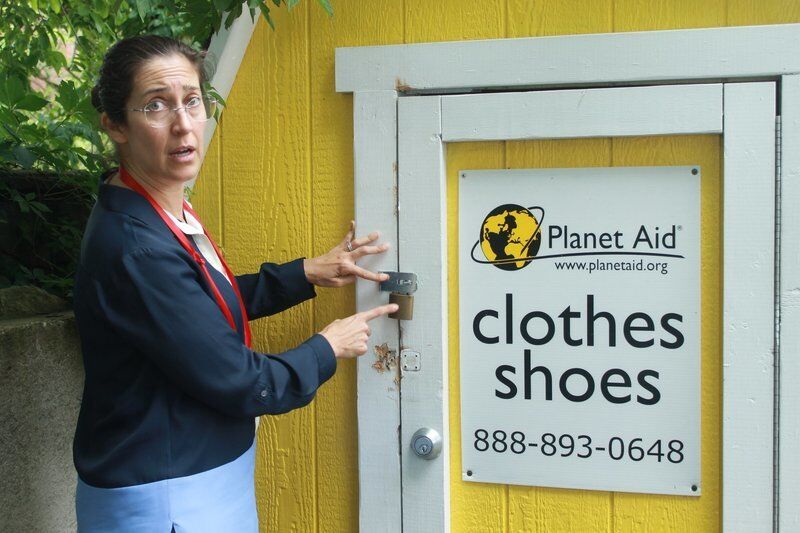 MIKE LABELLA/Staff photoAmy Smith-Boden, executive director of Ruth's House, points out a damaged latch on the side of a Planet Aid bin that someone broke into this summer. 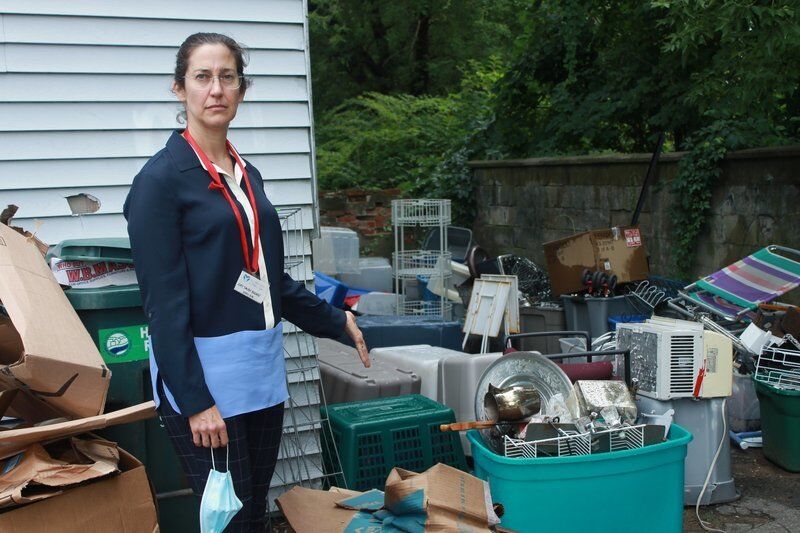 MIKE LABELLA/Staff photo Amy Smith-Boden, executive director of Ruth's House, points out some of the junk that people have left in the rear of the thrift shop's parking lot.

MIKE LABELLA/Staff photoAmy Smith-Boden, executive director of Ruth's House, surveys some of the junk that was recently left in the thrift shop's parking lot.

MIKE LABELLA/Staff photoAmy Smith-Boden, executive director of Ruth's House, points out a damaged latch on the side of a Planet Aid bin that someone broke into this summer.

MIKE LABELLA/Staff photo Amy Smith-Boden, executive director of Ruth's House, points out some of the junk that people have left in the rear of the thrift shop's parking lot.

HAVERHILL — Opportunists looking to dispose of junk are using Ruth's House as their personal disposal center.

The thrift shop in Lafayette Square has once again become a dumping ground for people who've left everything from broken-down window air conditioners to inoperative electronics to old and useless household goods, broken toys and tattered clothing.

Bags and boxes filled with junk are being left in the shop's parking lot and if that isn't enough for Ruth's House to contend with, some people have been rummaging through the junk that's being left, taking what they want and leaving the rest.

The thrift shop, which operates on a tight budget, is asking the community for some respect and to not leave junk that cannot be resold at the shop and has to be disposed of as trash — at a cost to the shop — and also to stop vandalizing the storage units.

Amy Smith-Boden, executive director of Ruth's House, said the dumping has been ramping up this summer along with people rummaging through the bags of clothing and other items that are being left when the shop is closed and are leaving what they don't want strewn across the parking lot.

She said that in one instance, someone pried open the locked door to one of three Planet Aid storage units, resulting in the shop having to replace the latch, and in another instance someone pried open a locked plastic slide door on the side of the shop's dumpster and removed items they wanted, then left what they didn't want in the parking lot.

"There is a financial cost involved," she said. "One morning we had three paid staff and two volunteers spend more than one hour sorting through all the junk and disposing of it."

The same kind of problem emerged last summer when the shop had to pay to dispose of piles of junk ranging from toilet training seats to broken laundry baskets to the front seat of a car, a mattress and bed, a chair, Christmas decorations, glassware and more.

Nothing that was left at the rear of the shop's parking lot and in its dumpster could be resold at the thrift shop that serves many of the area's low-income individuals and families, in addition to being open to the general public.

It's happening again, shop officials said — only this time the unsaleable junk recently dumped in the parking lot has included bags of clothing, broken appliances, a bathroom faucet fixture, plastic storage bins, children's toys including dolls that were missing arms and legs, a Spiderman action character without his chest, used candles, a hair brush filled with hair, a smelly and threadbare dog bed, household goods that look like they'd been rotting and rusting in a damp cellar for years, and more.

Smith-Boden said it appears that some people may be emptying their cellars or attics and disposing of it all at Ruth's House.

"What we request is that the public drop off donations at our receiving door, which is open from 10 a.m. to 4 p.m. Wednesday through Friday and 10 a.m. to 2 p.m. on Saturdays," she said.

Items dropped off during those hours are inspected and sorted by an employee who determines what can be sold in the shop and what will be deposited into the Planet Aid bins.

"What we don't want is to see things left in the parking lot outside of these times," Smith-Boden said. "We're a lean organization and we just don't have the manpower to accept items every single day."

The shop also doesn't have the manpower to scour the parking lot to pick up junked items and unsaleable clothing that people are leaving under the guise of donations.

"A used hairbrush filled with hair is not a donation," Smith-Boden said. "Neither are broken appliances, broken toys, broken household goods or other useless items. Ziplock baggies of random puzzle pieces just don't work for us, neither do half-used pencils that have been chewed. Please don't leave this stuff for us to sort through and dispose of."