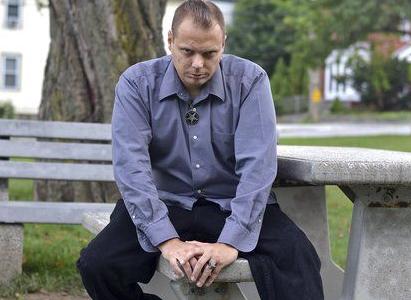 RYAN HUTTON/Staff photoThe Rev. Robert Fraize, leader of a Haverhill-based Satanic church, plans a presentation about his religion at the public library. 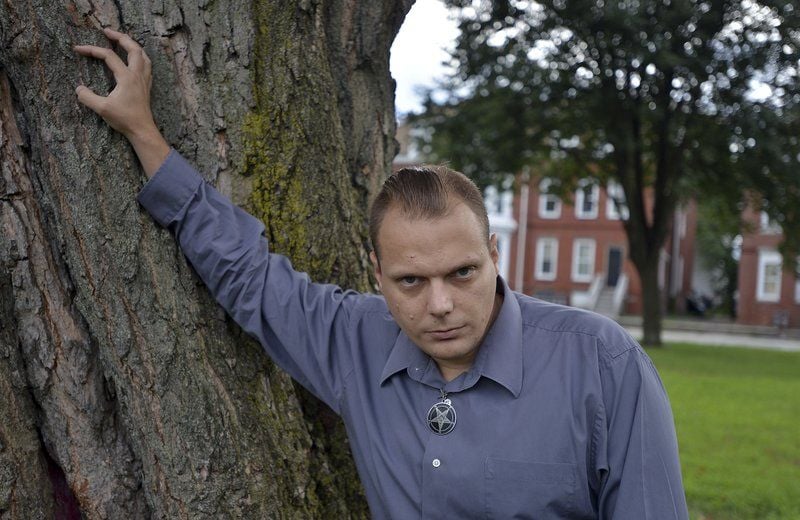 RYAN HUTTON/Staff photoThe Rev. Robert Fraize, leader of a Haverhill-based Satanic church, plans a presentation about his religion at the public library.

HAVERHILL — Would it surprise you to learn that Satan isn't the devil, an evil horned beast that whisks errant souls away to the underworld?

The local leader of a church devoted to the religion of Satanism will present a lecture at the public library designed to explain his church's mission and demystify the character known as Satan. He said his church doesn't sacrifice people or animals or perform evil rituals.

Instead, the Rev. Dr. Robert Fraize, founder of the Haverhill-based Satanic church The Traditional Church of Satan, said Satan is not the devil and that Satanism is not devil worship.

"We're not advocating any form of ritualistic sacrifice and we don't kill babies, although some Satanists kill animals but we do not recognize that," Fraize said. "People who do those things are devil worshipers, which is not what we are."

He said the horned Satan of popular culture is a corruption of the pagan god Pan and that "the western Christians colored him red as a mockery to Native Americans as a form of propaganda."

Fraize has arranged to use a room at the public library on Halloween for a public presentation on Satanism and the occult. His religious efforts have generated interest in the community.

"Last Christmas, I became one of the main suspects of the horrific Nativity vandalism involving a pig's head at the Sacred Hearts Church," Fraize said. "I am the only open Satanist in the community and I believe that is what made people call the police and name me as a person of interest in this hate crime, which turned out to be the work of an allegedly mentally ill woman.

"I was interviewed by police and read my rights and they took a DNA sample and fingerprints," he said.

Public library director Sarah Moser said Fraize was approved to use the library's Milhendler Room for his presentation because he met all the criteria for using the room.

"Of all the programs the library has hosted, this is relatively typical in that religious organizations have booked the room, but not this particular group before," Moser said. "It says in the policy that use of the room does not imply endorsement by the library staff or trustees.

"I would not be surprised if there's a lot of curiosity about this program, and we're happy to explain the policy to people and direct them to the person who is running the program," she said.

Moser said the library has not received any negative comments about this scheduled event so far.

She said the rules don't allow anyone to use the library to promote a business, sell things, gather signatures or recruit people.

"When we say no, it's usually based on those issues," Moser said. "If they were coming in to preach and proselytize, the concern would be that an organization would essentially be harassing people who might not want to hear it. But if people are coming in on their own to hear a lecture, then they are more than welcome as they are choosing to hear about it."

Fraize said the library didn't give him any trouble at all, which surprised him.

"I was expecting some resistance," he said. "I'm not going there to perform the black mass ritual or have a naked woman on the altar or preach. I'll be there to educate people about this religion."

From Andover to Haverhill

Fraize, 35, grew up in Andover and has been living in Haverhill for about 12 years.

He said he was home schooled since grade six, after he was involved in a situation with a teacher who he said physically abused him. He said he is on disability for post traumatic stress disorder and social anxiety stemming from that childhood incident.

"My family was very low income and we couldn't afford a lawyer at the time, which is why my parents took me out of the school system and began home schooling me," he said.

Fraize said his talk on Satanism will take place Oct. 31 from 3 to 4 p.m. and is open to the public free of charge.

Fraize lives in Haverhill with his fiance, his mother and his 8-year-old son, who attends Bradford Elementary School.

He said he formed a church called Church Leviathan in 2012 that became a recognized nonprofit church by the state and operates as a corporation.

"This will be my first public lecture," he said.

Fraize said he is a legitimate reverend, having been ordained through the First Church of Satan, which he said was operating in Salem but has since closed, and also through the Universal Life Church, which he said is based in California. He does not possess a doctoral degree, despite his title.

Fraize said the authority he has as a reverend allows him to perform marriages, visit patients in hospital intensive care units and give counsel to people in prison.

"Anything a member of the clergy can do, I can do," he said.

He said his interest in Satanism began at a early age when he lived in a house that was haunted. He went on to live in other haunted houses, he said.

"I've lived in these kinds of houses all my life and have experienced paranormal activity," Fraize said. "That got me interested in studying the paranormal and the occult ... I wanted to learn more about the things I was encountering and experiencing.

"It felt natural to me to start practicing things I was reading about, such as ancient Sumerian and Babylonian rituals," he said. "My whole religious philosophy is based on the Sumerian/Babylonian culture and religion."

Jim Gustafson, a minister and a retired Northern Essex Community College world religions professor who continues to teach part time, said organizations such as the one Fraize operates can be considered a cult religion.

"There have been thousands of people who have formed churches and cults, including people like Jim Jones and Sun Myung Moon and others over history," Gustafson said. "People who want to think about this need to educate themselves broadly in the area of religion and cults, which this would technically be called, and be able to ask critical questions."

Gustafson said anyone who has charisma can generate a following on almost any platform.

"But it is a free country and we believe in free speech, even if we don't agree with what someone has to say," he said.

So what is Satanism?

"You can consider it dark paganism, which is worshiping spiritual nature and recognizing it as a spiritual force," Fraize said.

He said he is a member of the Satanic Temple, which is involved in community activism.

"I'll do things such as cleaning a local park of trash, planting trees and counseling people online who are dealing with addiction and other things I can do to make the community a better place,' he said. "People will contact me through my website and we talk about their problems and I'll try to find the resources they need, such as drug rehab. I believe in giving back to the earth and not just taking from it."

"Halloween isn't a Satanic holiday, but it is a good time to use that day to explain what Satanism really is and to show people it's not devil worship," Fraize said. "Satanism is a religion and philosophy based on individual freedom. We are our own gods and we create our own reality."

He said some people he meets think he's a devil worshiper, while others believe he is doing something good by educating the public and spreading the truth about his religion.

"Sometimes I expect the worse, then the best comes out of people," Fraize said.

Since forming his Traditional Church about a year ago and posting videos on YouTube, Fraize said he has registered more than 1,000 new members across the country.

He said the Church Leviathan, which was established in 2012 and also has hundreds of members, allows wiccans, pagans and Satanists to be part of the church, while his Traditional Church is strictly for Satanists.