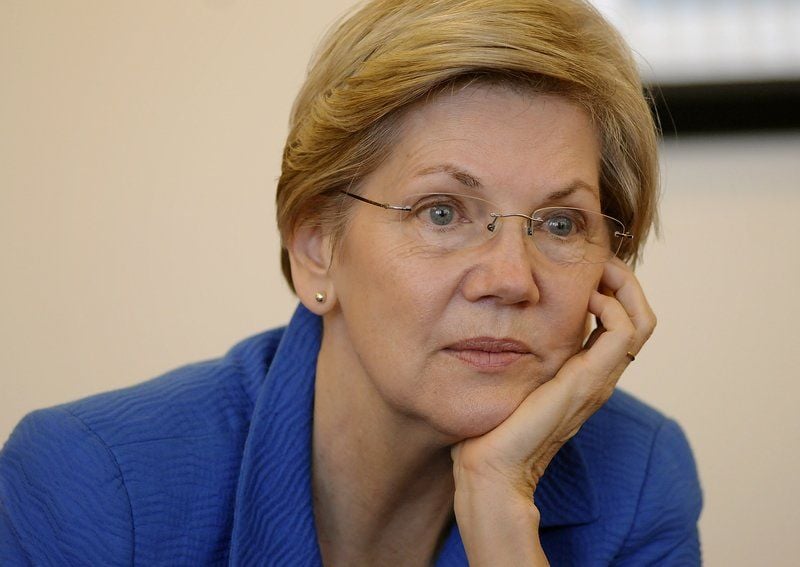 Worcester Telegram & Gazette photo by Rick CinclairU.S. Sen. Elizabeth Warren met with reporters Monday in Worcester to discuss a range of issues, including those of particular interest to so-called Gateway Cities in Massachusetts. 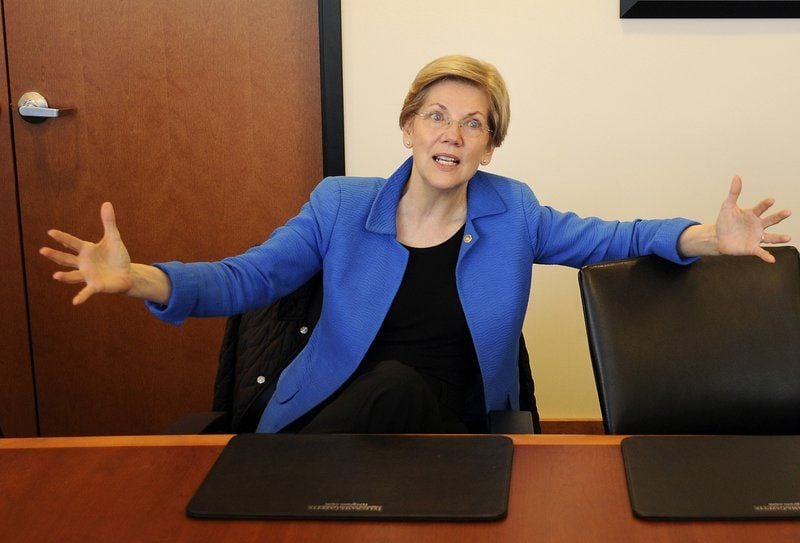 Sen. Elizabeth Warren talks about college loans during a meeting at the Telegram & Gazette in Worcester Monday January 5, 2015.

Worcester Telegram & Gazette photo by Rick CinclairU.S. Sen. Elizabeth Warren met with reporters Monday in Worcester to discuss a range of issues, including those of particular interest to so-called Gateway Cities in Massachusetts.

Sen. Elizabeth Warren talks about college loans during a meeting at the Telegram & Gazette in Worcester Monday January 5, 2015.

“The student loan debt has become a drag on the economy,” the Democrat told reporters Monday in Worcester. “Yet the federal government is making tens of billions of dollars in profits because they set the student rates high enough to generate extra revenues.”

“We’re going to get out there and fight for it again,” she said. “Change is hard to get in a single day. It’s a journey.”

Warren said a major factor behind rising student debt is steadily increasing college tuition. She said the federal government should use its leverage to reduce those costs.

“You have a system where the federal government puts money out in loans and has virtually no accountability over how universities use that money and whether they have an obligation to keep the costs low,” she said.

When the new Congress convenes Tuesday, Republicans will control both the House and Senate for the first time in eight years. They are expected to frustrate President Barack Obama’s agenda during his last two years in office.

Despite the waning influence of Massachusetts' all-Democratic congressional delegation, Warren’s political profile has risen as she's clashed with Obama and other top Democrats on key national issues such as her opposition to provisions of a government spending bill that would have weakened Wall Street regulations. Some have urged the freshman senator to run for the party's presidential nomination.

Warren reiterated Monday that she "has no intention" of running for president and plans to serve out her six-year Senate term, but she said she plans to continue advocating against Wall Street's influence on Capitol Hill.

“I go to Washington and I see up close and in person how much this government works for those who can hire armies of lawyers and lobbyists, and how little it works for everyone else,” she said. “That needs to change.”

During the meeting with reporters, Warren, who will join the Senate's Committee on Energy and Natural Resources, said she opposes a Kinder Morgan natural gas pipeline and wants to push for more renewable energy, such as solar and wind.

“Massachusetts doesn’t have gas, oil or coal,” she said. “Our long-term interests lie with renewable energy.”

Regional utilities say the wholesale market for electricity in New England is strained, in part, from a lack of pipelines to deliver natural gas to power plants. That means higher energy costs, especially during the winter. The proposed $5 billion pipeline, which would pump Marcellus Shale gas from Pennsylvania, must be approved by federal regulators.

Warren also said she plans to push for more funding for economic development in so-called Gateway cities – including Lawrence, Haverhill and Salem – which are struggling even as the state and nation recover from the recession.

Warren said she'll advocate for more funding through the National Oceanic and Atmospheric Administration to study fish stocks and improve the marine science behind regulations that are putting fisherman out of work.

“Fisherman have good reason to doubt NOAA’s decisions when they’re based on shaky science,” she said. “They don’t have good science to back up the kinds of decisions they are making and that’s inexcusable.”

Warren, who has appeared at recent events with outgoing Democratic Gov. Deval Patrick, said she plans to work with incoming Republican Gov. Charlie Baker on state issues and doesn’t want Washington politics to get in the way.

“We may have different visions, but Charlie Baker and I want what is best for Massachusetts," she said. "I want to be a partner with him in Washington. We’ll see how that plays out.”

Christian M. Wade covers the Massachusetts Statehouse. He can be reached at cwade@cnhi.com