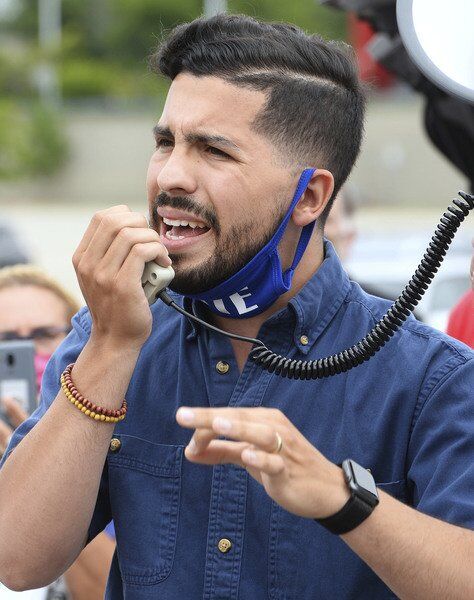 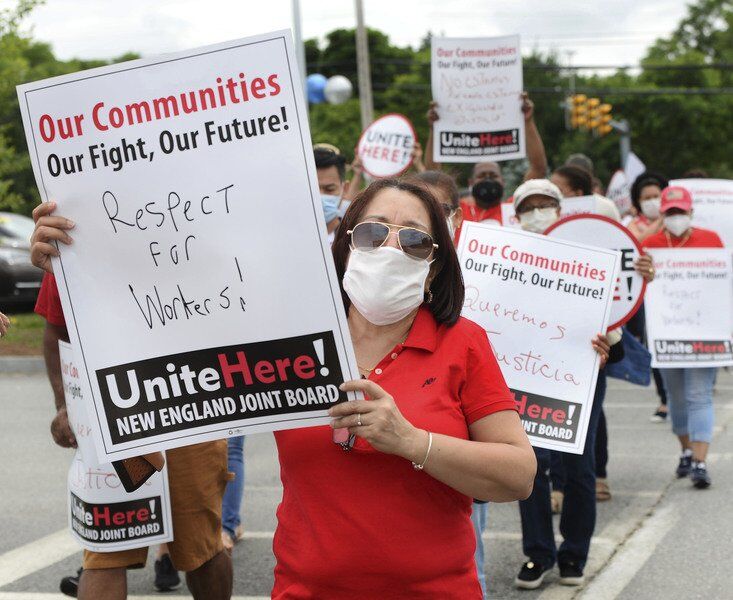 CARL RUSSO/staff photoProtestor Deisy Ruiz of Lawrence has worked 15 years for the company. 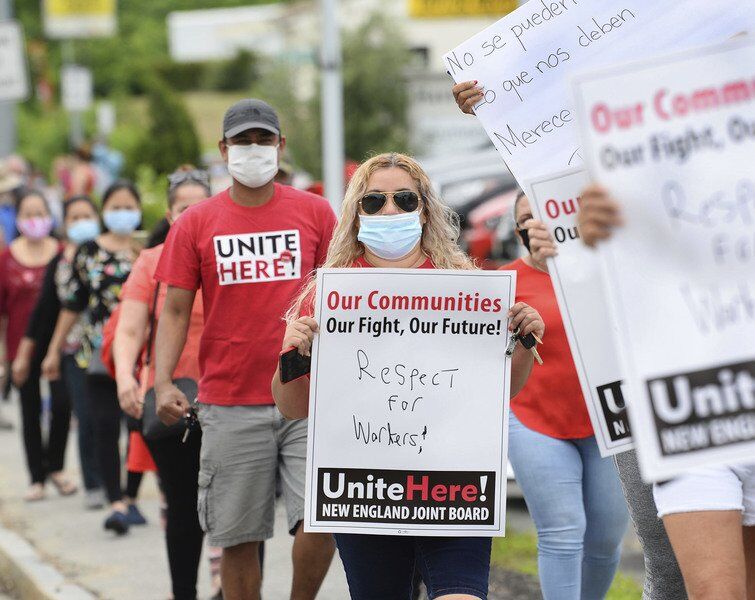 CARL RUSSO/staff photoProtestor Maria Aguerre of Haverhill has worked for the company for 11 years. 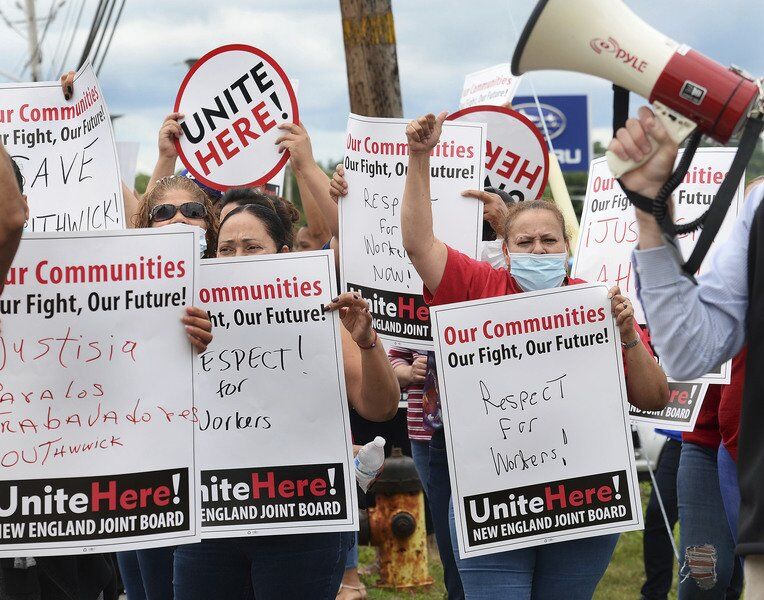 CARL RUSSO/staff photo. Southwick factory workers gathered outside the company in Haverhill on Wednesday in protest of Brooks Brothers not giving them severance pay after filing for bankruptcy.

CARL RUSSO/staff photoProtestor Deisy Ruiz of Lawrence has worked 15 years for the company.

CARL RUSSO/staff photoProtestor Maria Aguerre of Haverhill has worked for the company for 11 years.

CARL RUSSO/staff photo. Southwick factory workers gathered outside the company in Haverhill on Wednesday in protest of Brooks Brothers not giving them severance pay after filing for bankruptcy.

HAVERHILL — More than 100 Southwick workers, clad in red and holding signs in English and Spanish with phrases like "Justice for Garment Workers" and "Clothing Workers Count," marched up Computer Drive and onto Route 97 Wednesday, demanding severance pay and other benefits from the national menswear brand Brooks Brothers.

Chris Currier, a Southwick general operator who lives in Lawrence, last clocked in to work on March 9. "I have a family to support, a mortgage. It's hard to describe," he said.

State Reps. Lenny Mirra, Linda Dean Campbell and Andy Vargas, along with members of the Massachusetts Nurses Association, were among those who supported workers as they marched onto Route 97 and stood for about 20 minutes, chanting in both English and Spanish, as drivers along the roadway honked in recognition.

Warren Pepicelli, the manager of the UNITE HERE union that represents Southwick workers, said Brooks Brothers was invited to Wednesday's gathering, but refused to attend.

"They refuse to meet with us in public," Pepicelli, clad in a Brooks Brothers suit, said.

Pepicelli said that employees are seeking severance pay and an extension on health insurance.

A Brooks Brothers spokesperson said the union leader representing Southwick employees did "negotiate and sign" its most recent collective bargaining agreement, including a provision that requires the company to provide benefits including healthcare while employees are on furlough. The Southwick factory officially closes July 20 and healthcare for employees will be paid through July 31, the spokesperson told The Eagle-Tribune.

At Wednesday's rally, Vargas was among those to demand Southwick compensate its workers. Vargas delivered his remarks in both English and Spanish, telling employees how Brooks Brothers received hefty tax breaks from both the city and state to do business in Haverhill.

"We welcomed Brooks Brothers to the community, we were proud to say immigrants from all backgrounds and cultures were working on their suits," Vargas said. "That's why we supported this company, but they haven't extended that support back to you. At the very least, they should give you respect, dignity and justice."

According to Vargas, the state Economic Assistance Coordinating Council approved $2.1 million in Economic Development Incentive investment tax credits for Southwick when it moved to Haverhill from Lawrence. The company also entered into a TIF (tax increment financing) agreement with the city, which provided a considerable tax break in exchange for doing business in Haverhill.

Mayor James Fiorentini has asked Attorney General Maura Healey to take a closer look at the TIF agreements and "all other state tax incentives and tax credits" granted to Brooks Brothers and Southwick in the wake of their July 8 bankruptcy filing.

"When you look at the facts, this is simply a matter of greed," Dean Campbell said. "The workers are standing up, not only for themselves and workers everywhere. What they're asking for is fair and just and they shouldn't budge."

A 36-year employee, Diane Robinson, knows what it's like to be in it for the long haul. Robinson, who lives in Lawrence, has worked as a stitcher for Southwick, first in Lawrence and now in Haverhill.

"It's very hard. A lot of us have families to support," Robinson said. "We followed the company, stayed with them, and we're going down with the ship. They're telling us 'Too bad.' People are hopeful but we're upset to be out here in this trying time with this virus. We have a lot of older workers. It's disheartening. "