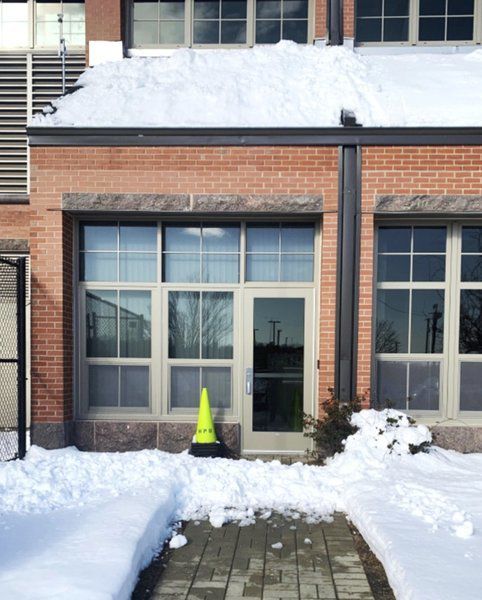 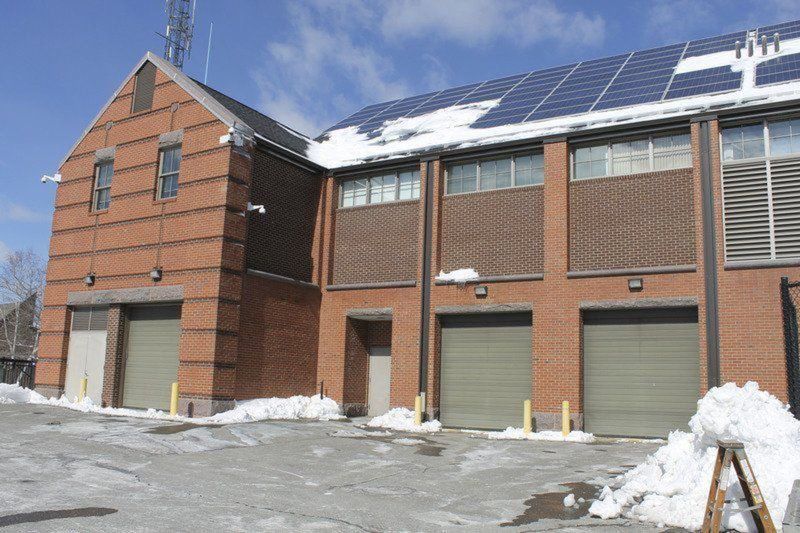 HAVERHILL — Solar panels atop the Haverhill Police Department's roof are again cause for concern in the wake of last week's winter storm. Melting from the two-day blast rendered two of the Bailey Boulevard station's entrances off-limits for safety reasons.

An internal email sent to department staff by administrative Capt. Michael Wrenn notified officers that two doors at the back of the station are not to be used until further notice “due to safety concerns over ice and snow sliding off the solar panels affixed to the roof.”

Police Capt. Robert Pistone confirms there is no “peril to the public” who use the main station entrance on Bailey Boulevard and that the city of Haverhill is well aware of the winter weather issue.

An awning-type structure is being designed with guidance from consulting firm Gale Associates and is expected to be installed in April, Pistone said.

The new heavy-duty addition will “definitely solve the problem,” Pistone said. Carrying an estimated $150,000 price tag, the canopy will also cover the outdoor HVAC and generator.

“The city has recognized this is a problem and in fairness, the most recent event wasn't what caused this to happen, but unfortunately winter came upon us and it was too late to start construction,” Pistone said.

Snow and ice falling from the solar panels has long been an issue at the station, according to Haverhill Police Patrolmen's Union President Rick Welch, who said he notified Chief Alan DeNaro “immediately” after the most recent storm in an effort to keep his members safe.

Leaks in the roof led Mayor James Fiorentini to ink a contract with Gale Associates in January 2018 to oversee the removal and re-installation of the solar panels and repairs to the roof.

At the time, the city suspected the leaks were due to what is believed to be shoddy 2016 panel installation by MassAmerican Energy. An assessment of the work underway by Gale Associates is still pending, according to City Solicitor William Cox.