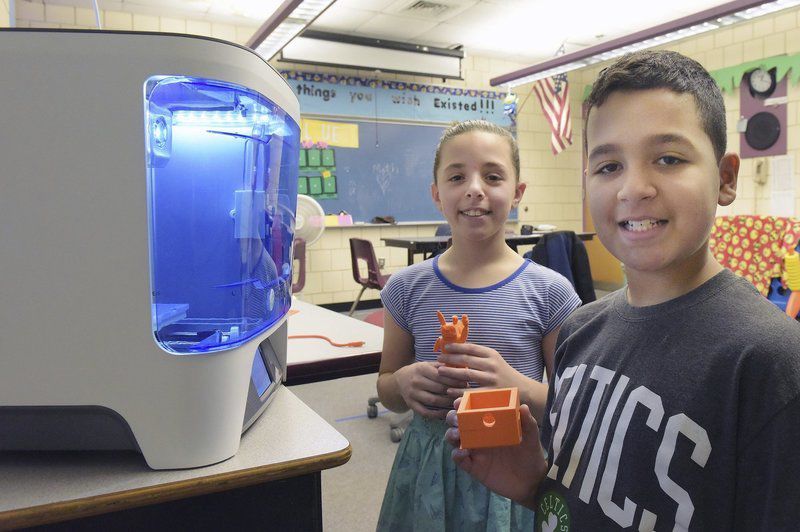 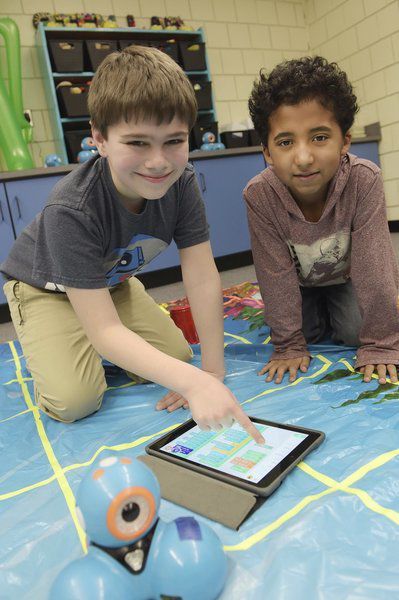 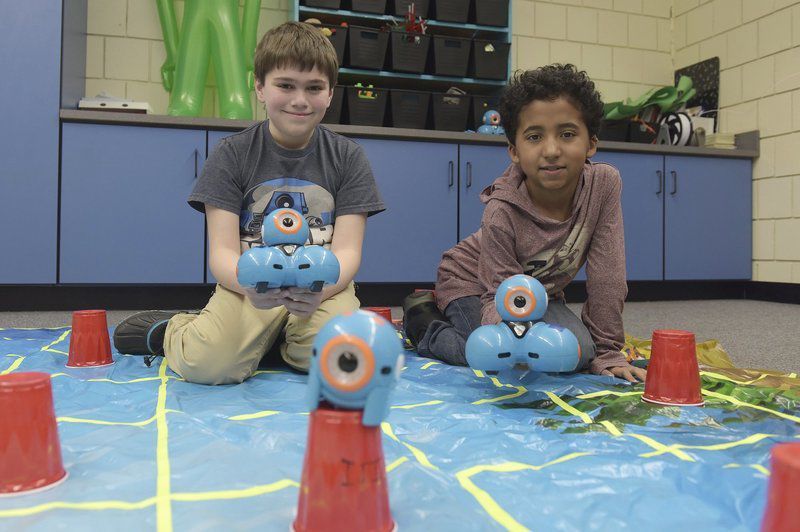 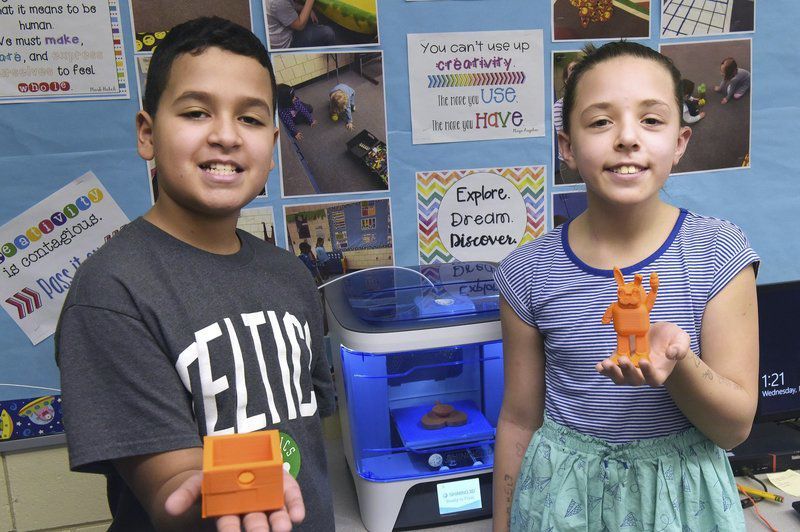 HAVERHILL — From programmable robots to 3D printers, children at Silver Hill School are learning to use some of the latest technologies that are filtering down to grade schools.

Two, grade three teams at Silver Hill have advanced to the final round in the Wonder Workshop Wonder League Robotics Competition, in which students from across the globe engage in real-world problem solving.

Other Silver Hill students are learning the basics of computer-aided design (CAD) and are bringing their creations to reality using high-tech 3D printing technology.

"We have a third-grade enrichment group of six students on two teams in the competition, but I'm expanding robotics into other classrooms as well," Donais said.

"One mission was to have our robots navigate through stars placed on a 5-by-6 foot mat with squares," Donais said. "The students completed their missions and submitted their programming code to judges. For one mission, we had to send a video of the robot (Dash) navigating the course."

"Robots are very interesting," TJ said. "I spent a lot of lunch periods working on the missions and I found mission five the most interesting, as our robot Dash, a motorized robot that travels on wheels, communicated with our robot Dot, which can't move but can make sounds and lights up."

The two teams will be competing against 320 other teams in their age group of 9 to 11-year-olds, March 1 through April 5.

"We compete by sending in a video of a final mission, mission six, an invitational round that have not been informed of yet," Donais said. "Because we were invited to participate in round six, Wonder Workshop gave our school two, sketch kits, which allow Dash to draw shapes or write words."

Fifth grader Sophia DeFrank said she didn't know much about 3D printers other than the fact they were some kind of machines.

"When I first saw it, I was super excited to use one," Sophia said. "We have pre-set designs but sometimes you have to draw your own design and it's really hard, but it's fun to use."

"I never thought there was anything like this," Sophia added. "I was really surprised when it printed a Christmas gift for my family. A cube with the names mom, dad and sis in raised lettering. My mom showed it to everyone and they thought it was cool.

"Someday, I hope to build something that will help the world," Sophia said.

They manipulate 3D shapes such as cylinders, cubes and cones to create any design they have in mind then bring their designs to life using a 3D printer provided to Silver Hill by Doug Russell, the district's senior systems engineer.

"Last year we worked with the 3D printer company, PrintLab - as interest in STEM is increasing - so we tested out one unit and ended up purchasing seven units we distributed to the high school and to several elementary and middle schools," Russell said. "What's amazing about this company is their focus is on curriculum."

He said Silver Hill's printer cost about $1,000, including supplies.

"These kids are designing things in a matter of hours," Russell said. "Our technology facilitators continue to work with teachers in the use of TinkerCAD and the 3D printers. Then the teachers show their students how to use the technology."

Silver Hill's 3D printer team plans to attend a makers fair in Fall River in May, where they will show off their 3D printed creations.

"The kids love it," Donais said. "They are constantly asking, when are we doing 3D printing again?"