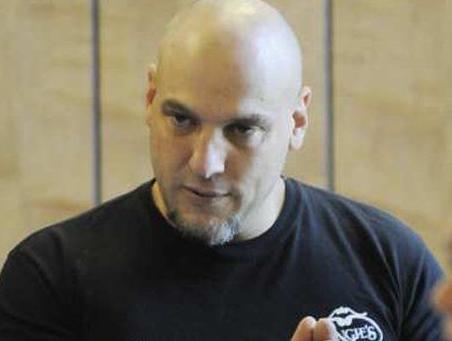 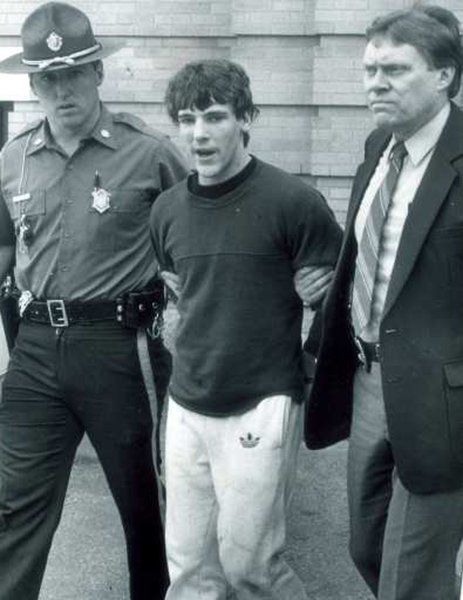 Christopher Covey is led from the Haverhill Police Station after an arrest in May 1988.

Christopher Covey is led from the Haverhill Police Station after an arrest in May 1988.

LOWELL — He was a burglar long known to Haverhill police for his ability to leap between buildings like a certain web-slinging comic book character.

Now, Christopher "Spider" Covey is back in handcuffs, after being arrested and charged with armed home invasion last Saturday night by Lowell police.

Police said Covey was a major player in a notorious regional burglary ring known as "The Crew,'' which pulled more than 600 heists and stole more than $1.5 million in New England in the 1990s. Covey pleaded guilty in 1998 to charges of interstate transportation of stolen goods and conspiracy and received a reduced 10-year sentence after testifying against other members of the gang.

Covey earned the nickname "The Spider" for his ability to scale and slip between buildings to evade police. In the late 1980s, Covey, on the run and trapped on a roof, leaped to another rooftop to escape police, they said. While living in a third-floor apartment on Tyler Street, he leaped out a window onto the hood of a car below and gave police the slip again.

A decade later, while living on Prospect Street, "The Spider" again took flight, jumping out a window and sliding down an embankment to the Merrimack River, which he promptly swam across before getting a ride from a waiting vehicle, police said.

Covey's arrest last weekend in Lowell followed a break into a home in which Covey and another man carried zipties and fake police badges, police said. Zipties are pieces of plastic which can be used to bind a person's hands or feet.

Timothy Berry and Covey "allegedly attempted to disguise themselves as police officers" before forcing their way into the victims’ home, according to Middlesex District Attorney Marian Ryan.

Ryan said the men created a "dangerous and volatile situation which could have resulted in tragic consequences, including loss of life."

When officers responded to the report of the home invasion around 8 p.m., they said they encountered Covey, 46, of Groveland, and  Berry, 48, of Haverhill. Berry allegedly pointed a handgun at an officer and was shot twice.

Berry was rushed to a Boston hospital and was eventually charged with armed home invasion and armed assault by means of a dangerous weapon. He was released from the hospital Monday.

Lowell Police have identified the officer who shot Berry as Buntha Kieng, a three-year member of the force who was placed on administrative leave earlier this week.

Covey escaped the home and was arrested a short while later, police said.

Berry and Covey were arraigned Tuesday in Lowell District Court, Judge Michael Brooks ordered the pair to be held without bail pending a dangerousness hearing Friday.

Covey's extensive criminal record dates back even further to the early 1980s, when he ran with a group of small-time Haverhill criminals known as the Bannon Boys in the Acre neighborhood, stealing cars and performing burglaries before graduating to larger crimes, police said.

Most recently, while on probation for his federal sentence, Covey was charged in 2010 with several traffic violations and drug charges, in addition to destruction of property, resisting arrest, malicious damage of a motor vehicle, and failure to stop for a police officer.

Less than a year earlier, he was found guilty of assault and battery with a dangerous weapon in Lawrence and received a nine-month suspended sentence.

"This is a man with a substantial record," said Assistant District Attorney John DePaulo during Covey's arraignment on the traffic and drug charges, in which the state requested $10,000 cash bail, which was later lowered to $7,500 by Judge Patricia Dowling.

"He's done time in federal and state prison, with break-ins going back to 1983. He's been in the system for years and years and years," added DePaulo. "(He) has no regard at all for the public. And he's been a thief all of his adult life."

Deputy Chief Anthony Haugh of the Haverhill Police Department said Wednesday that he was surprised to see Covey back in the news and said he remembered when Covey was running with The Crew.

When asked whether he had any personal stories of encounters with "The Spider," Haugh, a 26-year veteran of the force, said only that the department "dealt with him a lot."