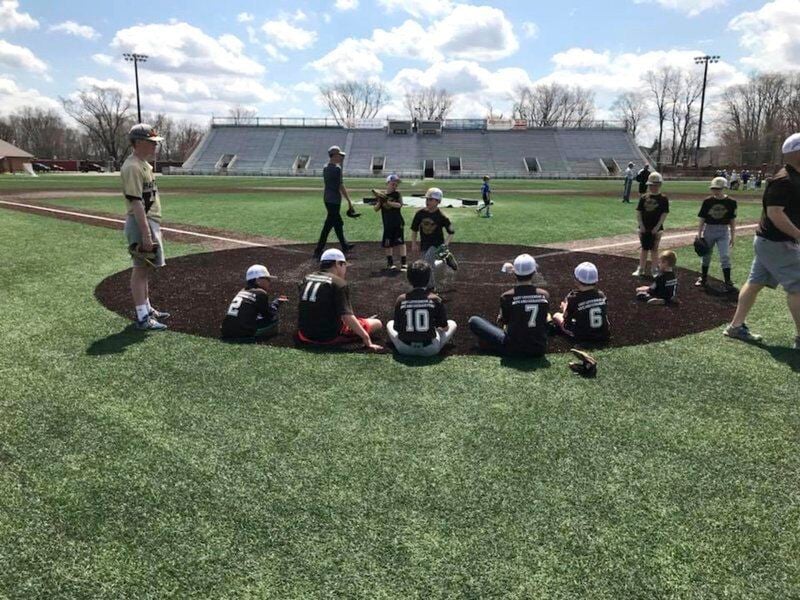 Courtesy photoBuddy Ball team members gather at the stadium baseball field before a game in the 2019 season. 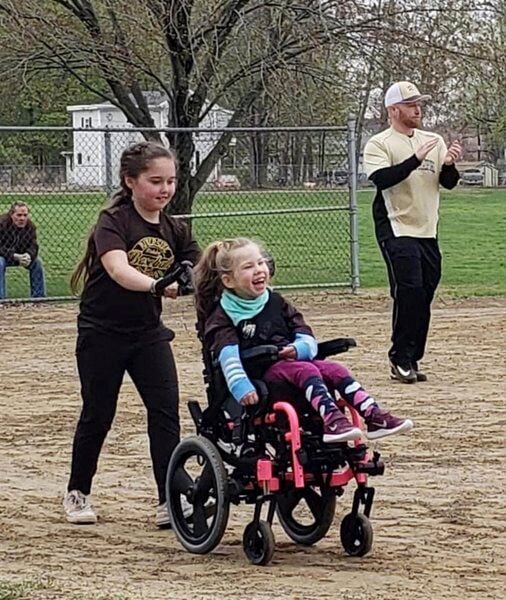 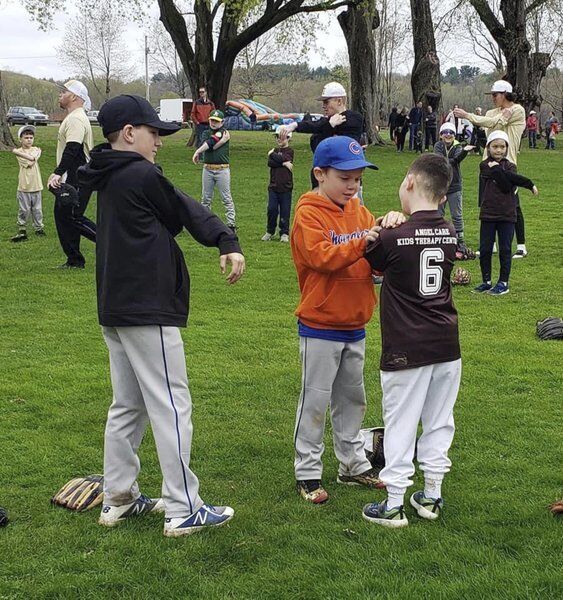 Courtesy photoBuddy Ball team members gather at the stadium baseball field before a game in the 2019 season.

Children with disabilities who might only dream of playing on a real baseball team were able to take to the field when Buddy Ball came to Haverhill.

The program's inaugural spring season in 2017 as a part of the Riverside-Bradford youth baseball league was popular with families of disabled children, and it grew the following two years.

Then came the nightmare of the pandemic, which caused children in sports leagues — including Buddy Ball — to sit out a season.

But now Buddy Ball is back.

The league involves volunteers who teach young players with physical and learning disabilities the basics of baseball. The program began with a few kids in 2017, and then grew to nearly 30 kids in 2019. It's open to children in communities throughout the region.

"Buddy Ball didn't get a chance to operate last season due to COVID-19 restrictions, as well as concerns about some of the children's medical conditions that could put them more at risk for the virus, but we are hopeful that it will run in some capacity this year," said Matt Souza of Haverhill, Riverside Bradford president and Buddy Ball founder and organizer. "Since we didn't run in 2020, I'm worried that the special education community will be unaware of our program."

Souza, a speech pathologist for North Andover public schools, said some children with disabilities are able to play instructional T-ball, a beginner level of baseball, but once the play becomes more competitive, it can be difficult for them to keep up.

"In Buddy Ball, they are with their own peers and are learning the game at their own pace," Souza said. "The kids love it and for many of them, it's the first time they get to wear a team uniform. In our case, they wear brown and gold T-shirts."

The players get together, typically on Saturday afternoons for eight weeks at Riverside Park or on the high school diamond at the stadium for 90 minutes of instruction and non-competitive fun. If enough players show up, they then split up into teams to play against each other.

Volunteers, including members of the Haverhill High School baseball team, work with children one-on-one, teaching them how to hit a ball, catch a ball and run the bases. After practicing, they have a two- or three-inning game.

Souza said parents whose children participated in Buddy Ball in 2019 were disappointed that last year's season had to be canceled.

"So far, we've registered several children (for this year's season) but we're hoping to recruit a lot more," he said.

Parent Zoya Campo of Haverhill said her two sons have enjoyed Buddy Ball since it was launched.

They are eager to return to the sport this year, she said. They have already registered for Buddy Ball.

"They would not be able to play baseball without this program," she said. "It helps develop social skills and teaches teamwork, which are invaluable skills to learn. And my sons really enjoyed having Haverhill High School students as their buddies."

She said that because of Buddy Ball, her sons, who have ADHD and are on the autism spectrum, have become happier overall and more confident in their abilities.

All of the Riverside-Bradford Baseball League's divisions require a fee, with the exception of Buddy Ball, which is free.

Buddy Ball players are recruited through the Haverhill Special Education Parent Advisory Council, flyers in schools, postings on Facebook and by word of mouth.

Buddy Ball is in need of sponsors and donors.

To register a child for Buddy Ball or to help with the cost of uniforms, equipment and trophies, contact Souza at 508-498-2742 or souza.matthew@gmail.com.